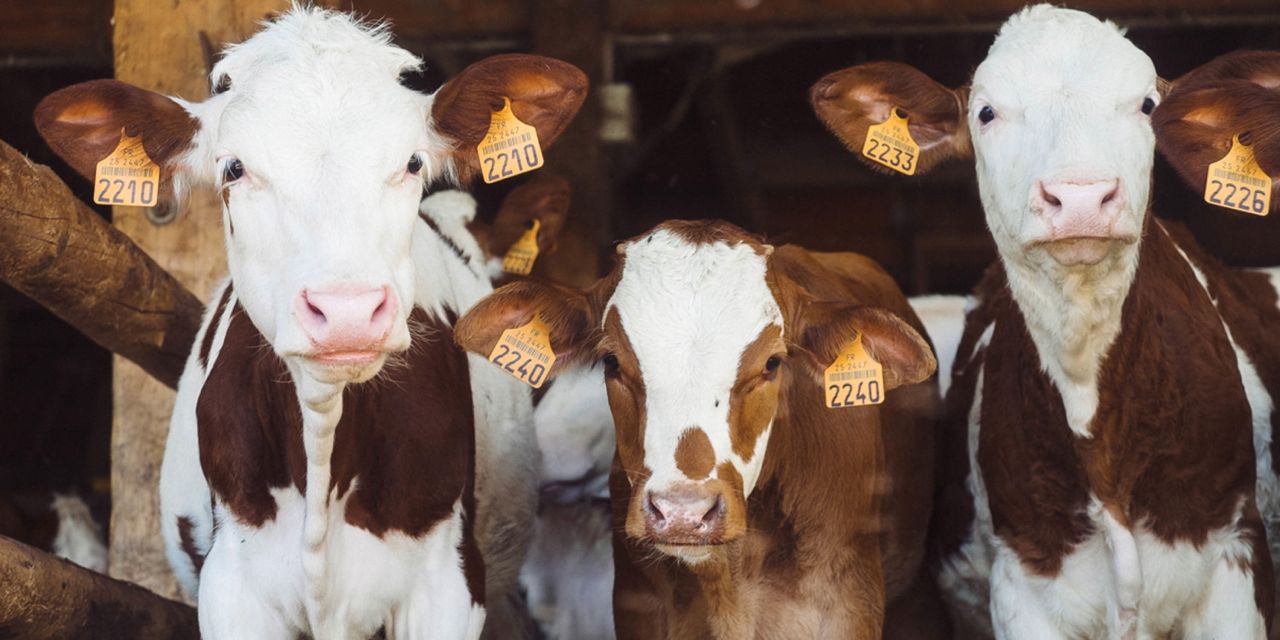 I went back to my quarters and changed out of my sleep wear. I stepped into some hemp fiber jeans and shirt, leather work boots. I dressed Woof in her protective leather jacket that covered her vital parts.  A super strong alloy strengthened the vest in case she fell under an Auroch hoof. She was a back breed, just like most of the animals on board the farm. A 1st generation Tamaskan. They bred her from arctic dogs to look, act and behave like a wolf. She was quick, smart, obedient and she was my best friend. She had a hybrid vigor I hadn’t seen in any other animal I’d ever raised. They only bred Tamaskans in 1st gen for that reason. She and I rode the passenger cab up to the Cattle Floor 1.

The 100 head herd was grazing on 10 acres of kudzu. It was the fastest growing strain I could afford. The calves frolicked and played with each other and taunted the sweepers. The sweepers were a hive robot that collected cow patties for methane production. We used it for fertilizer too. I pulled up the automation on the screen outside the floor, and called the sweepers back. They dropped off their payload in the fermentation chute and returned to their charging stations. Woof started to get riled up, she barked and jumped and bit at the gate. “You ready Woof?” She barked louder as the livestock elevator doors opened up. “C’mon let’s get ‘em.” She shot out like a greyhound, circling the herd. She followed the routine before I could make the calls. “Come-by!!” I yelled out she turned around and began to run clockwise around the gathered herd. She caught a calf and her momma leaving formation “Split ‘em up!” I yelled. She nipped at their hooves driving the heifer and the calf to the other side of the floor near another elevator. I decided that the calves and the heifers could use a little more feed by the look of little ones. I punched in the command on Cattle Floor 3.  I’d popped out a wall creep feeder and filled it with the pelletized chaff from the Herb Floor. It’d have unfolded and filled by the time we got them separated and off into the lifts. She was getting a bit too close to the steers getting them a little excited, “Whol-ap Woof! Whol-ap!” she slowed up and I yelled out to her again “Go get em!” she ran out and moved more heifers over the other side of the field into their own separate herd. Once she got the calves and their mommas over into the lift, I walked over to the loading bay. I shut the doors by hand while Woof kept them from running out. I sent it to three and yelled out “C’mon girl, go get em!” she ran off to herd the steers to the other cab that would run to Cattle Floor 2. The huge back bred bulls were black as pitch, 1500 kilos, and amazing to look at. Their shoulder stopped right above my head, my biggest measured 20 hands high. The cattle were  Aurochs, the primal bovine beast. The TaurOs Project had been working to restore the majestic monster since the early 21st century. They tried to fill the niche left in the ecosystem when we bred them into cattle. They became invasive and farmers began to take them back on as livestock. They grew to market weight just as fast on grass as standard cattle did on grain. Grain fed beef hadn’t been in vogue since 2095. Woof led them back into the cab, and I shot the elevator up to Floor 2. “That’ll do, Woof.” she followed me up the ramp back to the passenger’s cab. I set the sweepers out to pick up the left over patties and opened the garage that held the tuber harvester. I ran diagnostics on the harvesters just to be sure everything was up to snuff. I set it to run once the sweepers finished .

The sweepers on the Sheep Floors did double duty. They ran around the rams, ewes, and lambs picking up the little pellets they left behind. They had secondary hoppers to collect their wool as it molted. The sheep I had came from a breeding program that wasn’t so much about reviving a species. They took traits from older, wild breeds and cross bred with new ones. They were a stocky meaty sheep that grew a long coat and shed once a year, no need to shear a flock one by one like you used to. An extra swarm of sweepers cost less than flying in hands from other farms. Even with the upgrades in software and hardware. “Go on Woof! Go get em!” She ran off again to pull the flock into a group. I thought about having other people on the farm. I hadn’t been into town in years and I hadn’t set foot on a planet since I was 12. Having people up would be nice. Germaine wasn’t much for conversation; a poor analogue for human interaction. His nervous system ran about 5 times faster than the average human and his IQ was in the 250 range. I could dumb him up with some booze every so often but on the day to day it was hard to make a friendship work.  I bet it was like Stephen Hawking having to live with an illiterate 17 year old and try to run a business. He knew I wasn’t stupid but he knew his brain was superior. Arcturians had been doing interstellar superphotic space flight since before he was born. Earth Year 1946 in case you were wondering. They’d mastered worm hole transport since 1996.

I walked back to the automation screen, leaving Woof to move the sheep to the lift herself. She was actually a little bigger and faster than the sheep so I didn’t have to worry about her getting trampled. She was a smart dog.  I checked the hives combined mass in their hoppers. Wasn’t enough to fire up the spindle yet. I shot a message down to Germaine to check the methane levels to see if we had a surplus to sell off. He sent one back  in less than a second. The kudzu clones for Cattle Floor 1 would be ready next day cycle if their roots could manage a little more growth. The chaff from the tuber harvest was dropped off for pelletization. I got that feeling he’d check the methane levels after compression later today and that he forgot to add that to the previous message he sent. I whistled at Woof as I shut the elevator door from across the floor. The gate crept closed as she kept barking at the sheep. Keeping them from trying to get back out as it came down. “That’ll do Woof!” I yelled and she ran back to the comm station, ready to follow me to the next floor.

first chapter: Farming in the RSA System – Part One