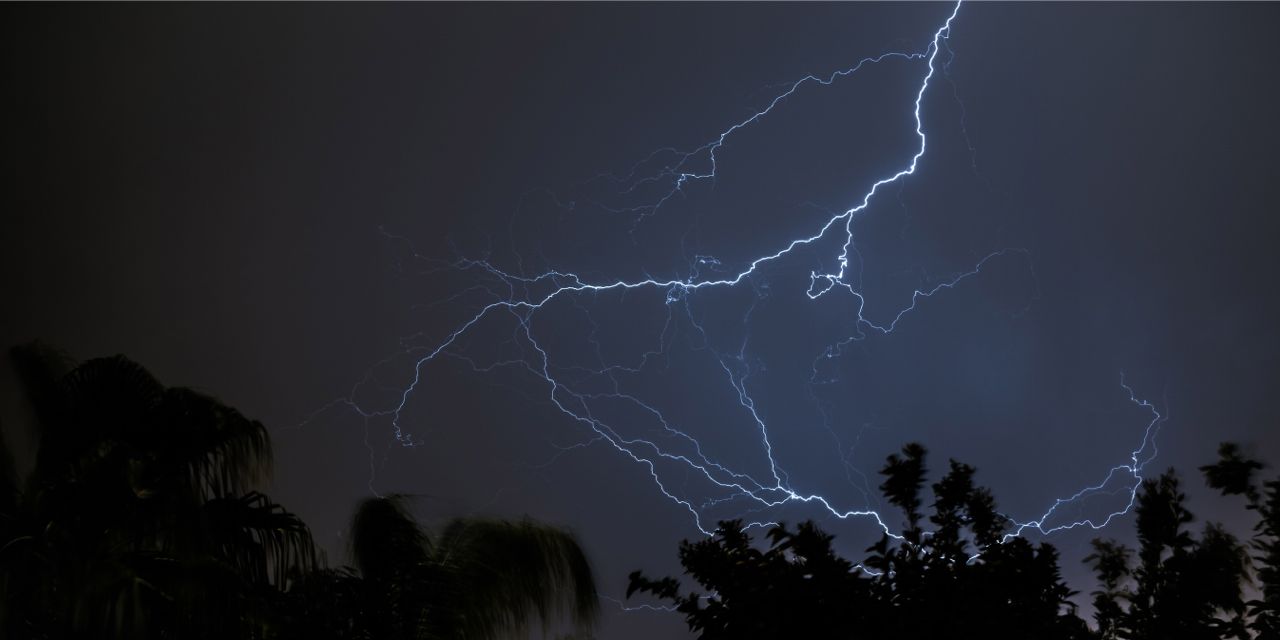 THE TIME I SAW A UFO

This tale begins in a bar, like most good tales, I’d reckon. Well, the rain was coming down thick, and it was thunderin’ like I had never seen befo’ in all me days. I was sitting at the bar with me friend Sarge Wilson, who had just come home from the army. Still in uniform, he was. The bar was almost com-plet-eley empty, as o’ course it was the middle o’ the night at the time. We were talkin’, and drinkin’ away, we were, when the biggest strike o’ lightnin’ I ever heard came sizzlin’ down from the heavens.

CRACK! Well, Sarge did not like the sound o’ that. The war messed his mind, it did, and in a quick secon’ he was hidin’ under the bar counter, sobbin’ like a little babe.

“Sarge ye got ta get yerself tagether!” I shouted back. “That ain’t no army out ther’, that be the thunder o’ th’ heavens!”

Well, that there struck me just about as hard as if it had been th’ lightnin’ itself. I hadn’t never seen no UFOs befo’, and I was mighty ‘prehensive ‘bout finally layin’ eyes on one. I took a long look out th’ window, but didn’t see a thing but dark, with a strike o’ lightnin’ every minute er two. At ev’ry roll o’ thunder, poor Sarge let out a whimper like a sorry mutt. It was ‘most enough to make me want ta put him out o’ his misery.

Sarge look’d up from under the bar counter with a look o’ horror, his eyes just about as wide as saucers. “You don’t think you really goin’ out there Harry, do ya? Please tell me you ain’t, Harry please!”

“Sure as heck I’m going out there Sarge, and you’re comin’ with me!”

“I ain’t no fool, Sarge, I seen people… go crazy… blabberin’ ‘bout aliens! Nobody ain’t gonna believe just me, if I see a UFO er such like that! I need a witness, such as it is!”

“Well… alright Harry. But just because ye saved me life th’t one time. And I ain’t gonna be doin’ nothin’ ta help ya catch any aliens er nuthin’, just bein’ a witness, as ye said!”

So off we ventur’d inta the storm. The lightnin’ had pick’d up its pace like it were in a race, ‘nd the thunder with it. Sarge damn near collapsed ta the ground at ev’ry strike. I tried me hardest ta keep him calm, fer thats the most important thing in a lightnin’ storm o’ this magnitude. Eventually he gave in, and I led him ‘round by the hand, like a poor child. It weren’t rainin’ out, so we were lucky by that count, as it were. If it had started, I know ol’ Sarge would’ve lost it fer good. We broke out runnin’ but crouched o’er, as to be near ta the ground. We steered clear o’ the water tower, and the big mountain birches as well (county champs in size, they were). Not a soul was out ‘n about, not even an alien. We didn’t spot no UFOs neither. We went about in circles ‘round the town, musta been around I believe ‘bout eight times ‘for we gave up and ‘cided ta head fer home.

We were runnin’ as fast as we could, not even crouchin’ no more, seein’ as we were just breakin’ fer home. The lightnin’ was still a’ragin’ hard as ever though, as we found out when a bolt came straight down from outta the heavens and smacked poor Sarge on the head.

Boy, I have never seen a sight such as that one in all o’ me days, let me tell ye. First he was shocked, then he shook, then he fell to the ground, all in a quick flash o’ light. His hair was stuck up straight, and half his face was black, it made for a frightenin’  look at him.

Well, I was draggin’ him home, after that shock he was out cold, o’ course, and thats when I heard it. It was the loudest sound I’d heard in all o’ me days, ‘nd at first I thought it was just some thunder, er mayhaps some lightnin’ comin’ ta get me. But no, sir. It got louder ‘n louder, it did, n’ when it was loud as ever it could be, I looked up. There she was: zoomin’ o’er head, faster ‘n the speed o’ sound, a UFO.

She didn’t stop er nothin’, but I know what I saw, drunk as I was, and it was a UFO. Lights o’ all differ’nt colors, whizzes and bangs, not a man could convince me oth’rwise. I ne’er told a soul, o’course. I ain’t no fool, I seen people go crazy blabberin’ ‘bout aliens wit’out a witness, like so. And I ain’t one ta ruin a perfectly fine reputashun as a mountain man o’ Vermont, I ain’t.

Ol’ Sarge Wilson was fine by and by, if ye were wonderin’. He was the only one I e’er told what I saw that night, and he believed me, he did. He was cured o’ his fears, after that bolt struck his head, so ye know his belief is valid ‘n all. What a strange incident it was. He ne’er was the same though, his eyes always were a bit wider after. It’s enough ta give a man the creeps, if ye stare at him to long.

Anyhow, that be the tale o’ how I saw a UFO flyin’ o’er me own Green Mountains o’ Vermont. Believe me er not, that’s up ta ye, but listen ta this: the next day I was out ‘n about ‘round town, ‘n I saw one o’ them “crop circles” they always sayin’ UFOs leave behind. Who’s crazy now, tell me that, boy!

all chapters: Harry the Mountain Man