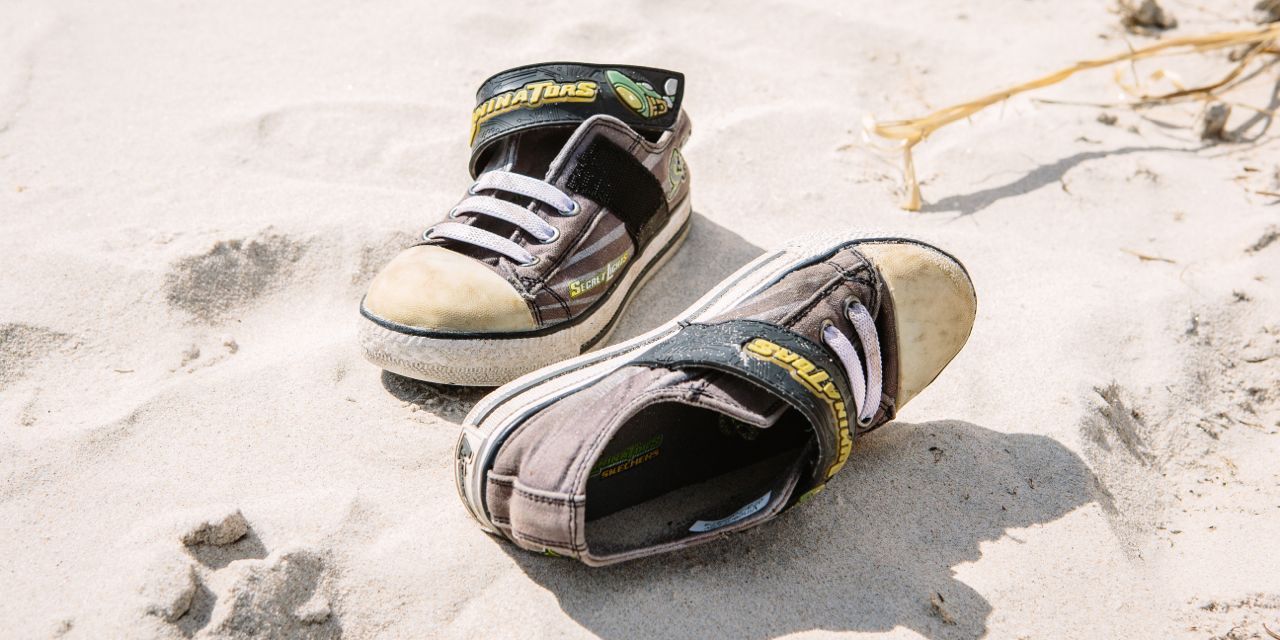 I gagged. “Danny, I just choked on my toothbrush!”

Was I startled more by the fact that this was a friend whom LA had just recently chewed up and spat out partially due to him not having a proper job or money? And here he was making another damned dumb decision with his dollars? Or was it that he had just dropped $500 on two pairs of footwear?

Perhaps it was just shear jealousy. I am, after all, a Bradshawian shoe whore. As a gay man, I currently probably own 80 pair of shoes and continue to buy more. Aside from a pair of white Gucci loafers that were given to me and the score of a pair of Salvatore Ferragamo tuxedo-ers that I found at the local thrift store, most of my shoes are basic brands and were often purchased second-hand.

But I love shoes. High tops are my newest addiction—I legit own a pair in every color. Really, I cherish all kinds, shapes, and sizes: boots, tennis, boat, sport, sandals—I love them all. As long as my feet look fly and they aren’t too expensive, I’ll buy ’em.

I don’t know why I’m so obsessed with shoes. Maybe it’s a subconscious thing I crave due to growing up with not that much money as a kid. Despite my father having sustainable wealth and being what I considered upper middle class, my two siblings and I grew up in terrible conditions and often very impoverished.

One time in elementary school there was this girl who called me out in front of the rest of my gym class for wearing the same jeans more than a few times that week. This was terribly embarrassing and traumatic because it was the first time that I can remember wealth and a lack there of being considered a negative attribute. Little did those other kids know, I only had two other pairs of jeans, all of them in-expensively purchased at Wal-Mart. I was crushed because it was the first time someone in my life pointed out just how poor my family was at the time.

I don’t think she meant to hurt me or bully me, she just didn’t understand why I had worn the same jeans more than once that week. Which is ironic because these days I will often wear the same pair more a few times before washing them. Gross, but true. On the flip side to that, I often change my entire ensemblé three times a day, nowadays.

Middle school was an even more crucial battlefield in which our attire was further scrutinized. One had to have the right clothes, the right Starter jacket, the right friends, and most importantly the right shoes, or else you were socially cut off. I never discovered the importance of what goes on your feet before middle school. Back then, shoes were a status symbol proclaiming to the rest of your grade and school exactly how much money your parents made and how much influence they held in our small Midwestern town.

By eighth grade, I was able to save up my own money from odd jobs and buy my own shoes. The four striped kicks that I had sported throughout sixth and seventh grade had been exposed to everyone as “not Adidas” and my humiliation and lack of parental funds had made me a constant joke at school. I was never so proud as when I bought my first Sambas. They cost me sixty dollars back in 1997. In a time when I was too young to have a job and didn’t have an allowance, the money I would have used to have bought those first pair of Adidas would have come from me saving my birthday and Christmas cash.

However, all the other kids found out not long after that these were the only good shoes I owned, so even though I enjoyed a brief reign of being accepted, my fire fizzled fast. Come freshman year, I thought knew what needed to be done in order to fit in. Halfway through the year prior to entering high school, a vast portion of the rich kids had had their parents buy them at least one pair of Doc Martens already. Those shoes might have been the fugliest pair of yellow-threaded shit-kickers on the market, but the trend of owning a pair spread so plaguely quick that I knew I had to own a pair.

But how could I afford the one hundred twenty dollar price tag? My mom was in a legal battle with my father and step-mother over a child support increase so she certainly couldn’t afford it. My father often begrudged money that us kids spent, and my step-mother even threw the eventual purchase of the Doc Martins in my mom’s and my face as frivolous and unacceptable while also asking for more money out of my father.

So I knew I would have to be the one to buy a pair. I just couldn’t afford it. Sure I was once so poor and desperate that I ate a can of my cat’s food on two occasions later on in college, but the most impoverished I have ever felt was my first few years in high school. Little things like our clothes dryer going out and us having to do laundry at the laundromat or air-drying/blow drying/ironing-out clothes to get them dry didn’t really bother me as much. All three of us kids had to go to the library to type up homework and reports so the other kids wouldn’t make fun of how poor we were that we didn’t own a computer. Despite more and more assignments being issued with mandatory typing requirements and living in fear of being exposed at the biblioteca, I still wasn’t too bothered by our lack of wealth.

It was the condition of our everyday home life that was the most excruciating. Our house was so messy and trashed that we never had friends over and never let anyone come into our house. My mother, at some point, just gave up cleaning up after herself and us kids, and so we followed suit. None of us cleaned a damn thing and none of us ever had a soul enter our home as a result of our embarrassment over the its condition.

There were papers and clothes all over the floor. In some rooms, we couldn’t even remember what the carpeting looked like because the trash was piled so high. Forget about the kitchen—it was hardly livable and certainly not ever clean enough to cook in. There were numerous times when I tried to clean the house or my mother forced us to clean the downstairs for one of my sister’s dates to school dances. But our cleanliness never lasted because we were never unified as a family to sustain our house’s appearance. I take equal responsibility for my part in not cleaning the house, but I don’t know that I will ever totally forgive my family for their complacency.

When our furnace went out and was no longer able to heat our house, we just never had it fixed and would never have had a repairman out to repair it as a result of our disgrace over the inside of our abode. Even when the harsh Missouri winter would set in and temperatures would drop to below zero, we would only use space heaters that often blew the electricity in our eighty-year-old house.

When the large bay windows broke in mine and my brother’s bedrooms, my mother just never had them replaced. Fixing the windows would have required someone seeing the inside of the house. And none of us wanted that. To compensate and battle the wind, we just purchased industrial-strength plastic and taped it over the window frame. We hung thick blankets over the entire void to help add any layer of insulation. Neither of which meant warm winters. In fact, I’ve lived in Australia and I have lived in New York City. The hottest and coldest I have ever been was in Missouri in that un-insulated house.

But the single worst thing that happened to us in that hell-hole money-pit was when the water heater broke. My sister had graduated and went off to college before I got into high school, so she didn’t have to deal with never having hot water—not even to shower. My mother and brother would leave me behind each weekend and flee to my grandparents’ lake house to escape the misery. They would plan their showers so that they would only have to do so at the house as minimally as possible. But not me.

I dealt with not having any hot water 24/7 for three-and-a-half years the best way I could. It was devastating to me each and every day, but somehow I got up at 6:45 every morning (5:45 am on days I had show choir practice) so I could fill a large spaghetti pot with water and heat it on the stove. I would then transfer the water, once it was hot, into a flower watering can so I could still have tepid showers. I say showers but it was more like a piss trickle of warmth to wash and rinse off once. It felt like I was some pioneer woman living a Thoreauian existence out in the forest somewhere. When I stayed at hotels, my grandparents’ house, or a friends’ house and got to use their shower with real hot water, it was like a gift or winning the lottery.

Needless to say, we were pretty poor and pretty miserable growing up.