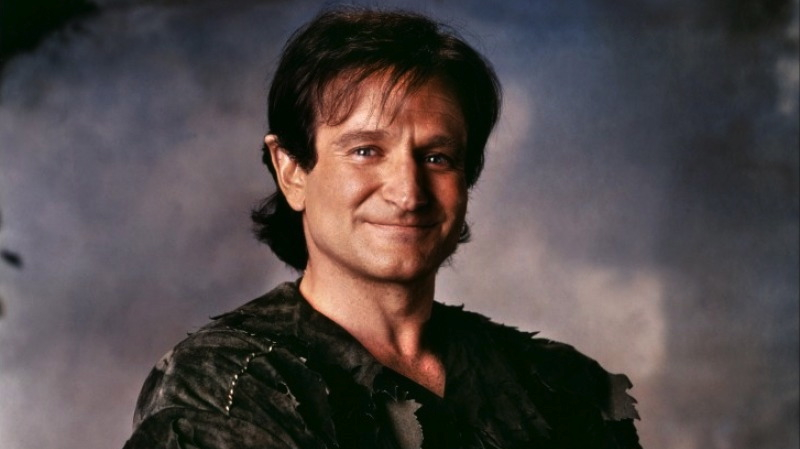 It was Movie Night at the Landry residence in March of 2024. “Gather round, family,” 37-year-old Stephen announced as he headed to the sofa with a bucket of popcorn and a glass of Macallan 18.

“Are we watching it on that ancient contraption of yours?” Patrick, of the seventh grade, asked.

“It’s called a DVD player, sweetheart,” Julia Landry said as she stroked her son’s hair. She had come a long way since her mechanical bull-riding days at North Carolina State.

“What are we watching on the DVD player, Daddy?” It was Sophie, the eight-year-old with the twinkly blue eyes and the holographic Little Mermaid T-shirt.

“Tonight is what your Grandma and Grandpa used to call a ‘Special Double Feature,'” Stephen told them in his best 1950s narrator voice. “Hook and Mrs. Doubtfire, starring the incredible Robin Williams!”

Stephen and Julia looked at each other. They had grown up on these films, these simple masterpieces that peered from childhood into adulthood and from adulthood into childhood, the kind of art and comedy that struck true across ages, races and backgrounds. Hook had been the first movie Julia ever saw in theaters. Mrs. Doubtfire had helped Stephen come to an understanding of his own parents’ divorce.

Beyond Peter Banning and Euphegenia Doubtfire, Williams had left his mark on their formative years; Stephen still had his baby teeth when he met Mork from Ork, Julia knew every word to every song featuring Aladdin’s Genie, and Good Will Hunting had debuted at the top of each of their respective All-Time Movie charts.

They had learned these things about each other on their first date. August 11, 2014 – the day Robin Williams died. They’d heard the news on the way to Open Mic Night at The Bitter End: The funny man had left the stage.

“You know those movies your parents show you when you’re a kid?” Stephen had asked her after the show on that fateful Monday evening. “There are so many movies,  and so many good ones, but there are really only a few that you’d say, ‘I’ll watch that one with my kids someday.’

“If I’m ever lucky enough to have children, there’s no question in my mind I’ll be watching Robin Williams’ films with them.”

“Me too,” Julia had said, smiling at him like the Wendy Lady to his Peter Pan. She had squeezed his hand, and he had kissed her for the first time, and they had separated and spontaneously recited, in unison, “Bangarang!”

“Why are you guys looking at each other like that?” Sophie asked them.

“Yeah,” Patrick said, “you look like you’re gonna’ kiss … or something even more gross.”

Sophie’s head cocked to the side. “What’s more gross?”

“Nothing, my little poppet,” Stephen said, realizing at once that he had never, in his life, sounded more like his father.

“Sophie, it’s –” Patrick started to explain before his mother just about tugged off his ear. “Ow, Mom! That hurt!”