Sleeping In The Shadow Of Morpheous – Part One 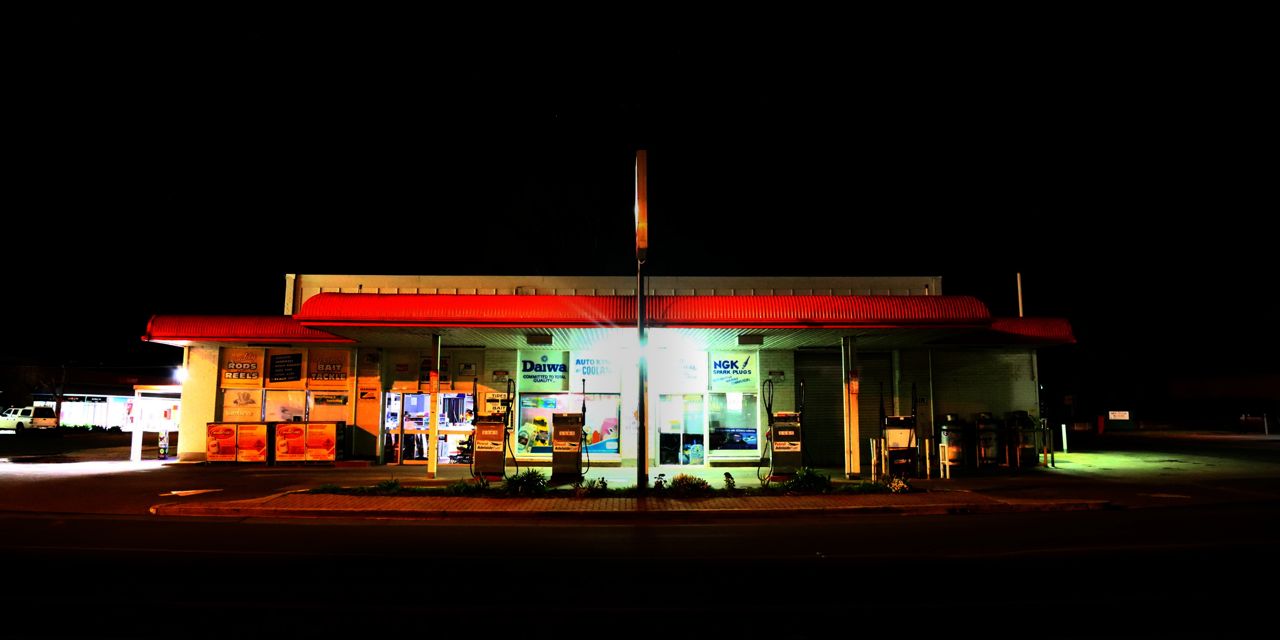 The grease was still fresh on my shirt from cleaning out the traps. I’d burned my index finger on the hot, chrome oil filters, near the second knuckle. My brow dripped with sweat, drenching my black linen pants. The 300 or so tickets that had come through the kitchen that night had almost broken me. It completely consumed my capacity to walk straight. My knees wobbled as my left foot squished in its shoe, swelling with spilled dish water. I paced outside my car though the pain was still worsening, I couldn’t stand still. I was getting sick and I’d left my kit at home like a stupid cunt.

I played with the bag of dope in my pocket and waited for Jackie to finish cleaning her part of the galley. She walked out with a skip in her step. “I made 400 bucks tonight!” I sucked the snot running from my nostrils, “Good. Wanna come over one last time before you move away forever?” Purple blue smoke flew from my mouth while I posed the question. “I don’t know.” she unlocked her car door, and left it open; standing in the gap. She rested her chin on the top of her white sedan and looked me in the eye. She knew I wanted to go home, she knew I was getting withdrawls. My cigarette shook between my fingers as I lifted it to my lips again. “Tasha and the girls wanna go to this piano bar in Autumn City. I might stop by after last call though.”

“You still gotta key?” She jingled them and made a funny face as she got into her driver’s seat.

I sat down to turn over the ignition.

The gram bag of dope began to whisper, “Hurry home.”

The distinct shapes made by headlights danced across the upholstery and my tender eyes. The now familiar nausea and the tingling of a migraine behind my left eye began to resurface. The strobing lights ceased as I turned the corner into a gas station. I ran inside before my passenger seat doubled as a chuck bucket. I vomited into the bowl; dry heaved a little, pissed, flushed, wiped my mouth, slammed the door. I grabbed a forty from the coolers and hobbled to the counter.

The girl looked at me like I was a piece of shit. The forty gave a loud thud as it hit the mat that bore an ad for lottery tickets. “Let me get a pack of Marlboro Reds.” I pointed to the pack as my fingers began to shake more, and the big ball of dope began to scream at me to hurry up.

“Yeah…” I flipped the fold of my wallet so she could check my birthday.

I gave her a tenner and walked out.

The nausea was growing and growing, and the chills were setting in too. The 93 degree night was starting to feel as cold as a bare ass in an Eskimos outhouse. I dry heaved and ran to the dumpsters behind the convenience shop. I heaved and heaved until the bottom of my stomach began to come up. The yellow bile splattered on the concrete. I wiped my mouth on my sleeve and started to walk back to my car. Two days without dope was much too long, I thought to myself.

Shit! I hadn’t locked the door to my car. A surge of paranoia washed over my brain. I arranged my keys between my fingers and formed a fist. I readied my other hand to open the door, and cocked back my fist to attack if necessary. I pulled the handle and swung the door open.

The car was clear. I sighed and sat down, still covered in sweat. Still shivering as I popped the clutch and shifted into first gear. I pulled into my complex; the sensation was still there.  It felt like there was some crazy mother fucker holed up in my car. I cruised around the lot looking for a spot. That feeling was still creeping me out, like some bum broke into my car while I hurled behind the quickie mart. Like he had a shoelace wrapped around his fists. Like he was gonna strangle me before I could open the door, like he wanted what little money I had along with my dope. I grabbed the neck of my forty, pulled the parking brake, and took a deep breath. I turned and screamed “HAAAHHH!!!” as I turned around in a swift twisting motion. I had the bottle by the neck, raised over my head, ready to club a dirty ass bum to death.

Nothing. Just a heap of fast food bags and paper cups in the floorboard.

I hit the car next to me with my door; asshole had parked over the white line. Fuck em’. All I wanted was dope, if I could get up the stairs and past my door, I’d be fine; my sickness would fade. I got out and started the hike. The night was dark and sticky. I ran my fingers across the metal gate surrounding the pool. A fluid reflection bounced on the office walls. “No, you ignorant sonovabeech!” a small Mexican woman screamed as she kicked a beer bellied white man out and slammed the door in his face. “Maraanaia!” the drunken man yelled in a slur at the closed door.

It was clear exactly how drunk he was. He attempted to descend the stairs leading up to the landing in front of my apartment. He clutched the black metal railing and took wobbly steps towards the ground. He stumbled down the last three. “Bidges…” he slurred again while trying to orient himself. When I took the first step on my stoop, it felt like hell. My joints felt as if they were bone on bone, and my muscles felt as if they’d been cut open over and over again. I schlepped, shuffling my feet, until I saw it in the corner of my eye.

It broke up and reassembled as it moved as if it was skipping space and time completely. It moved around the drunk like a river around a log stuck in the mud. It was trying to get to me faster. I could feel the fear brewing in the back of my legs, as I hopped up the stairs almost 4 at a time for the next 2 flights.

I searched for the apartment key. Fueled by a wild terror. Rushing to get inside before it got up the stairs to the third floor. I got the key in but when I turned it, it wouldn’t catch. “FUCK! FUCK! FUCK!” The door finally swung open and I slammed it shut behind me. I locked the deadbolt and slid down to the floor with my back to the door. It was just the dope talking.

next chapter: Sleeping In The Shadow Of Morpheous – Part Two