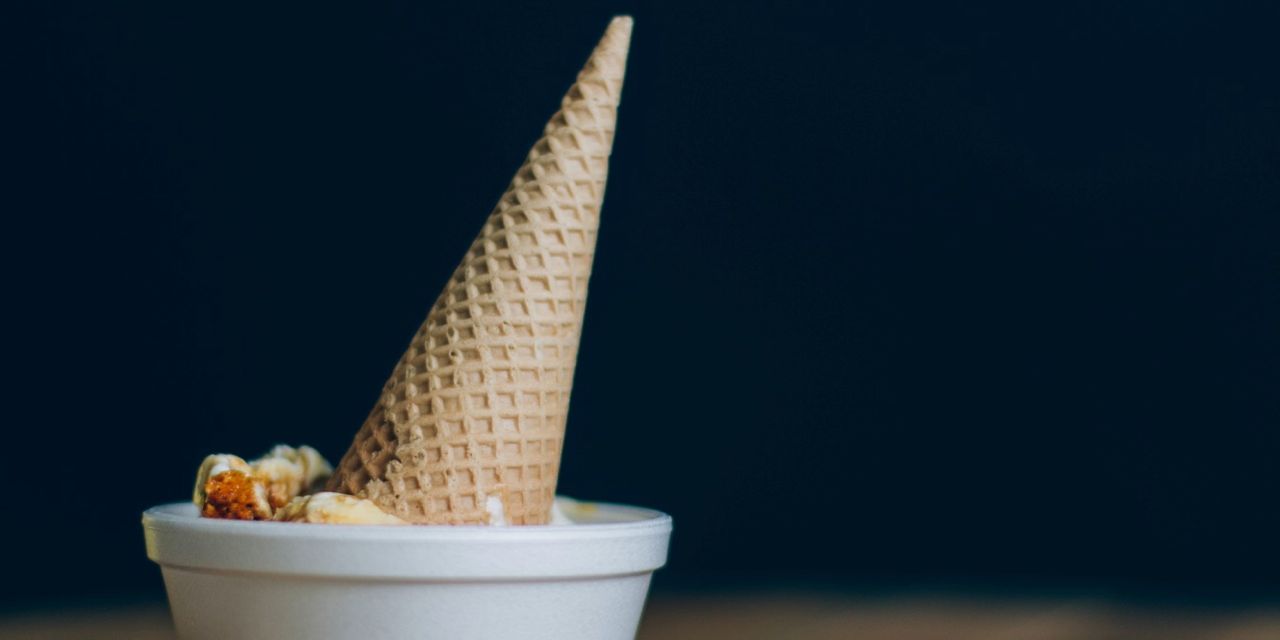 After briefly scanning the area of the Dairy Queen parking lot, Rachel pulled her car into the spot next to another car she assumed to be empty. Putting the car in park and turning down the radio slightly, she began to dig into her chocolate ice cream.

Rachel was browsing through Facebook on her phone when she saw something move out of the corner of her eye. As she turned, she realized that what she thought was a bird flying by was actually a person sitting in the car next to her. Rachel quickly turned the opposite way, hoping to avoid drawing attention to herself.

Using her peripheral vision, she saw that the person next to her was a guy, presumably around her age. Rachel also noted that he was alone, eating ice cream as well.

“This is weird,” thought Rachel. “What’s the standard etiquette for this?? It’s too late to leave now, or it’ll just be weird!”

Without realizing it, Rachel had begun turning her head towards the stranger. She only noticed once he looked up. As soon as she registered what was happening, she snapped her head back down to her phone and her melting ice cream.

Dave was having a rough day. Not only was he was late to one of his classes, but he also found out he failed a test in the other one. To top it all off, his date to the Dairy Queen had stood him up. After about fifteen minutes of waiting, he ordered an ice cream for himself and retreated to his car.

He was so absorbed in an article he was reading on his phone that he almost didn’t notice the car pulling into the spot next to him. Almost. He did notice, and Dave didn’t look up, but he was annoyed. Shoveling another scoop of ice cream into his mouth, he continued to read on his phone.

Dave went to take another bite when he felt as though someone was staring at him. He ignored it at first, but the feeling wouldn’t go away. He looked up, ready to stare down whoever dared disturb him in the first peaceful moment he had all day, but could only look with wide eyes at who was in the car next to him.

It was a girl. And not just any girl, but a pretty one. Dave whipped his head back down and tried to look at her through his peripheral vision. He noticed that she was also sitting alone eating ice cream.

Rachel spent the next few minutes switching between looking at her phone and looking at the stranger in the car next to her. Her ice cream, forgotten, was rapidly melting. She went to take a bite, only to realize it was basically soup.

She came to the conclusion that if her ice cream was no longer edible, then there really wasn’t a reason for her to stay there. However, Rachel was curious about this stranger and didn’t want to leave yet.

“Would it be weird to ask for his number? No, that’s definitely too weird.”

“Would it be weird to ask for her number? No, that’s way too weird.” Dave couldn’t put his finger on it, but something about this girl made him want to get to know her. He knew however that it would be crossing the line to get out of his car and knock on her window.

Sighing in defeat, Dave chalked this up as another loss and turned his car back on. Lost in thought, he didn’t realize that he had begun turning the wheel too soon and he smacked right into the girl’s car. “Shit!”

“Shit!!” thought Rachel. Muttering to herself, she wondered how distracted he had to be to mess up that badly. “However,” she thought, “now I have an excuse to talk to him.”

Dave was hitting his head repeatedly against the wheel at his dumb mistake. However, upon having a revelation, he sat up. “At least now I have an excuse to get her number!”