The Policeman Who Shot a Dog Named Tycho – Part Two 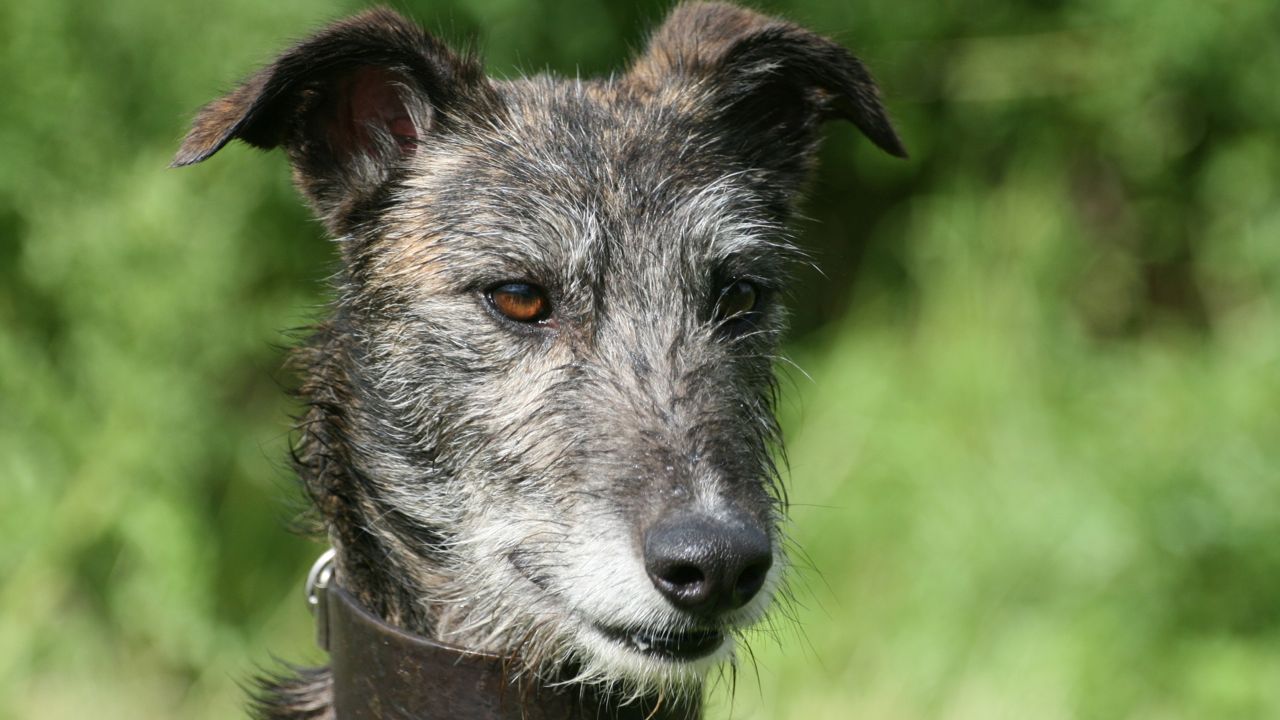 “Hey, look here a second—he’s got a collar!” Dan gestured at the dog. A small brass disc hung from the strap, dangling where his Adam’s apple would’a been if he could talk any. Poor mutt hadn’t said a word, of course, not even made a howl-do-you-do, or whatever it was them dogs did when they met people. All told, the dog had summarily ignored the men, and just kept on rubbing his snout on the dirt as if a ‘pine got him. He snuffed and snorted as he went along, going around the back of a boulder and emerging out the other side with his tail up, ticking from side to side like them things under fancy old clocks.

Dan walked closer. “It’s alright now, boy,” he said. The dog was distracted by something low to the ground, made a snap towards its rear, and then continued to plod. Zach approached too. He lowered his gun to his left side and put his free hand on the dog’s back like you would with an old friend. Then he crouched down and took a good look at the tag, reading the name on it, etched in capital letters, reading it real slow:

“What kinda name’s that?” Isaac said, not looking over. He had taken out a map and was studying a route they could use to find their way back down to what he called ground level—the little parking lot off the highway—though really if he’d have thunk on it, he’d have seen that such a label didn’t make any sense… If you’d asked any section of the ground, each and any piece, it would say the same thing: I’m ground level, MAN, not the rest. Me! Sure as these old good-for-nones would say they were hunters had they been polled that morning. See, gravity sure knew its way out of a cake-mess with dignity, it just followed its nose, a little like that old mutt Tycho there, only the dog didn’t seem to be going anywhere, just around and around and around.

“Does it?” Zach replied without much interest.

“Yeah, Tycho Brahe.  He was an astronomer.” Stanley said. “Dutch guy. Lost his sniffer in a duel, didn’t he?” Stanley was the smart one of them, had gone off to college quite a long while back, but somehow still ended up right back  where he started.

“So how’d he smell?” Dan said, looking up and grinning at the joke he’d pitched.

“Oh, terrible!” The two laughed and knocked hands. The dog Tycho just kept to itself, snorting and a-snickering, and all at once pricking up a hind leg to wee. Isaac shot Stanley a look as if to say, “How the fudge do you know something like that, anyway?” but Old Stanley always seemed to know things.

“What kind of person puts their own name on a dog collar?”

“Pointing at them clouds that’s what,” Isaac said, stretching out a finger towards the sky. All at once, to the old west, where the sun had been, a black blanket you could cut with a knife came on in as if someone called its ticket. Them big towers of clouds—called cumulus, or something—sprung up as the sum of all the water drops inside, at least that’s what Isaac thought they were known for. Stanley used to correct him, but he never learned —Cumulonimbus, he’d say. Still there were clouds, and then there were these clouds; these balls of burnt wool, all sharp and tenebrous, the sort of clouds that would put the sally-waggle into your soul, especially if you were one of these temporary hunters caught out in the open, more used to chasing boxes in a forklift than stalking deer.

“We better get out o’here,” Stanley said. “We’ll be like a bag of lightning rods on a conman’s back otherwise.”

“Second.” Zach replied, slinging his rifle over his back, voice bouncing as he started to run: “We’re not meant to protect the hills from strikes, they should gonna protect us.”

As the men set off, all at once from behind them came a dissenting voice: “Wait! What do we do with Tycho?” It was Dan. He hadn’t moved.

“You don’t have to do anything,” Isaac called out. “Leave him be!”

“Someone else left him.”

“But that don’t make it right.”

Stanley put a finger up into the wind and said, “Here come’s the rain…” All at once the tide was up in the air, even all the way up on top of that hill; then a wet breath came at them from lips they couldn’t see, and threatened to take their hats. Isaac looked up into the sky and began to jog for the trail as fast as his years would carry him. They all did, except Dan and Tycho.

Zach paused for a moment. He was a ways off now, but couldn’t resist a dig: “You wanna get soaked to make money, enter a wet t-shirt contest!”

Dan watched as the three of them left him: Old Stanley, and Zach, and Isaac with their hands on their hats on the trail back to the pickup. Dan turned away, crouched down close to the dirt, put his palm out to the dog, and looked for a place to shelter.

The three men sat in their truck with grim faces as the tire they’d scavenged earlier slid around in the back on the inch of water collected from the storm. The windows were half-steamed. The wipers swished back and forth like a conductor’s baton at the bandstand, pretending to make a symphony from the crashes of thunder and the slapping rain. The air was thick both outside and in. The view outside vanished less than 20 yards from the road.  Stanley wiped the passenger window clear with his palm and said, “Wellsir, I don’t think he’s coming back.”

Isaac, in the driver seat, sucked his thumb as if he had a splinter in it. “Maybe he’s lost. You can’t see for shit. That dog could’a led him any which way, looking for God knows what.”

“Well let me tell you this,” Zach said from the back seat: “I have a 4AM shift tomorrow…” He hated being back there, but they hadn’t had time to do any straw pulling or nothing when they got back due to the rains. Zach leaned into the driver’s side and pressed the hooter button. Not once, but twice… and then once more for good measure. The sound rang out, again and again, must’ve sounded like a strange monster in the mist to any animals outside.

“Hey!” Isaac said, throwing up his hands. “I could do that.”

Zach pressed it again anyway. “I told him not to try and rescue that thing.”

“Listen. We could drive up to the trail.” Stanley suggested.

“What?” Zach said. “You walk back. You get soaked. I say we give him a few more farts of the horn then start the engine and get. Come back later if you wanna find him so bad, with a torch, and a rope…”

“I wish he hadn’t stayed with that mutt, either, but it’s no good just leaving him.”

“And what if he ran into that mutts owner, and the three of them stooges all took off someplace else? He might be home now with a beer an’ we’re going to take off after him, get hype-a-thermia. No thanks. We ought’a just call 911.”

“And before you say anything, I came here to get away from work, not to do it.”

“Take a vote?” Stan suggested. “Hands out all at once, on three. Two fingers out and we go and look for him, one finger and we drive home. Ready?”