The City Among the Stars – Part One: Utopia 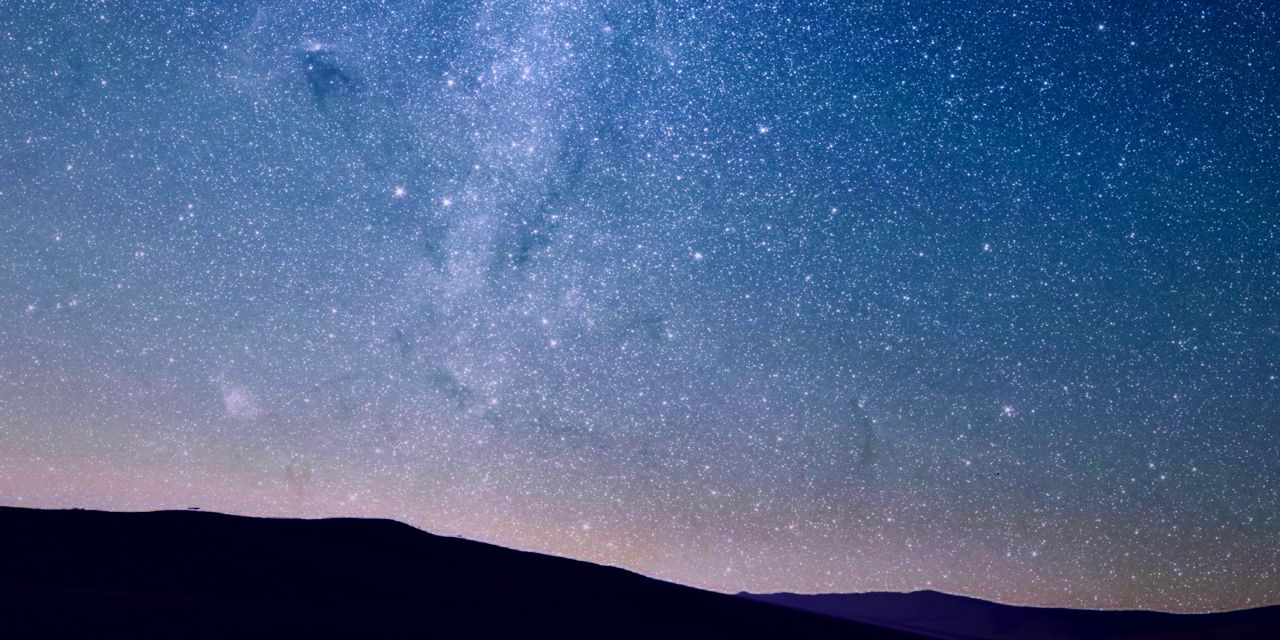 “Are you reading that old book again?” He didn’t say it but part of him was proud his son liked reading something with pages. Something from a far away and exotic place. As far as he knew, it was the only one on Zerzura, passed down to him through generations. “Come here, buddy.” They walked to the glass living room floor where the stars slowly glided through the blackness of space as the Cylinder spun. They sat on the floor and looked down at the specks of light. Occasionally a magnetic scoop ramjet passed by, returning to the cylinder with its harvest of interstellar medium like a honey bee to its hive. “Almost all of those stars out there have a planet. When you’re on a planet and the star starts to go below a planet’s horizon, that’s called a sunset. They are supposed to be quite beautiful.”

“Where does Timmy live?” His son pointed straight up. “Exactly. He lives on the other side of the Cylinder. If you wanted to see the top of his house you would just go outside and look way up there. On a planet, you can’t see the other side. You wouldn’t be on the inside of a cylinder, you would be on the outside of a sphere. The horizon is the edge of what you can see.”

“Have you ever been to a planet?”

“No, bud. No one here has. But that book was made on a planet.” His son looked down with fascination at what was in his hands. “And hopefully you will be soon. I’ll let you read for ten more minutes, but then you have do your nightly log and go to bed. You have to wake up for school tomorrow.”

The man woke, ate his breakfast of eggs and spinach from the agricultural sector of Zerzura, and set off for his morning run. He stepped outside of the house and the central light that ran along the Cylinder’s central axis of rotation was just beginning to brighten for the day. The massive light was secured in four places in the residential sector by sets of high-speed elevator bridges connecting opposite sides of Zerzura which crossed perpendicularly around the light like crosshairs.

The man ran across his cul-de-sac to the trail that would take him on his morning ten-kilometer run around the inner circumference of Zerzura. He ran through the trees of the park and over the bridge on the lake that was above and opposite his house and through the neighborhoods of the people he governed and lived with. He ran straight from his house and continued straight around the spinning Cylinder until the trail arrived back at house. He always ran with the spin of Zerzura as it increased the centripetal force that mimicked gravity and added around 4 kilograms to his weight. Most runners ran against Zerzura’s spin as it removed the 4 kilograms, but he liked the challenge.

As he arrived back at his house, the light was now beaming off of all the trees and lakes and neighborhoods of the residential sector. The enormous front window, the flat face of the Cylinder, was the only reminder that this was a green oasis in the dark depths of interstellar space. People began leaving their houses and making their way to the trams. The trams would take them from the residential sector through the separating divider walls to the agricultural or the industrial sectors of the Cylinder.

The man arrived at his laboratories in the industrial sector. His aid greeted him.

“Any news about the malfunctioning ramjet?”
“No, sir. It is still missing.”
“Wait another week. If it doesn’t turn up, order another to be manufactured in its place.”

He began the completion checklist with his team on the ship that would carry the portal of the wormhole to their final destination. At midday, while the workers of Zerzura were at break in their offices, the team of scientist made their way to the Technocratic Assembly Floor beside the laboratories to address the colony via NeuroFiber about the plan to accelerate the colony’s journey through space. All of voting age listened in and could communicate through their brain functions with their NeuroFiber implants. Once seated, the man began the address to the public as Chief of Technology of the colony.

“As you know, our journey of exile through the cosmos can soon come to an end. Our wormhole technology is ready to expedite our voyage and transport our people to the Delta Pavonis system. Our portal transportation vehicle is ready to operate as well. During transportation, we will use the portal as a system to introduce protons and antiprotons into its propulsion systems from here on Zerzura. When the protons and antiprotons come into contact they will mutually annihilate, converting 64% of their mass into usable propulsive energy.

“Keeping the antimatter we have manufactured on Zerzura will allow us to keep the fuel payload off of the vehicle. Without a payload or a manned crew, the vehicle will be able to attain relativistic speeds. At 86% of the speed of light, every gram of antimatter we move to the ship will become two grams due to the laws of relativity. This mass will be taken from the wormhole itself and will increase the acceleration of the vehicle. To power the wormhole, Zerzura’s fusion thrusters will cease operation.

“Although we are still 5 light years from the Delta Pavonis, we will not have to wait the 5 and a half years for the portal to arrive in order for the wormhole to be operational. As far as the portal is concerned the trip will only last 2 months due to time dilation. Once the portal has arrived in its reference frame the wormhole can be used, even if its not there in our reference frame. Causality will not matter.

“As always we will now have a population-wide vote before the launch is approved. There will need to be 131,073 dissenting votes to break 50% and delay the launch, but I suspect we may approach unanimity with our goal in sight. We have been a city among the stars, an example for the Earth to see. Now it is time we found a home.”

The Chief of Technology waited as the citizens thought their votes in through their NueroFibers. When they were all entered, to the Chief’s surprise, unanimity was indeed almost reached. In the entirety of the colony, there was only one outlier. But he would have his voice heard.

“John Stone, you have five minutes to gather your dissenting opinion to address the Assembly and the colony if you wish.”

The dissenter, an older farmer who worked in the agricultural sector, elected to reply. “Chief Tycho Dirac and members of the Assembly, there is an ancient adage that I believe applies to this situation: if it isn’t broken, don’t fix it. Our people have thrived for over 500 years on the Cylinder free of the War, free of oppression, free of crime or discrimination. We don’t know what this planet holds and for all we know, it could be inhabited. There is a risk we could lose the freedoms we cherish now.”

“Mr. Stone, there are no signs of intelligent life on this planet. The chemical composition only shows that it could support life, not that it does already. And there is no intelligent manipulation of electromagnetic waves. I don’t fear an encounter with extraterrestrial life.”

“Chief Dirac, we have only confirmed life and communications as we know it do not exist on this planet. When Zerzura left the Earth, mankind was already using neutrinos to communicate with their submarines. Maybe some other life form found a better way as well.”

An Assembly member spoke up. “Aren’t you a farmer?”

Tycho wouldn’t have that. “Quiet. That does not matter. Our opinions have equal weight in this society. And he isn’t wrong. To probability is not zero. But I deem it terribly close to zero. The risk of losing our freedoms is small. The opportunity to gain freedoms is enormously high. With endless resources, population control would not be based on scarcity. Our people could grow with as much freedom as they wish, instead of being controlled by reproductive programs. The colony has approved the launch, but we thank you for your words.”

With the Zerzurians eagerly watching the feed, the wormhole was created, one portal on the Zerzura and one in the portal transporter. The portal transporter was then launched from the ship into the blackness of space. On it rode the hopes of ending generations of wandering through the void.

But as hope filled the Zerzurians, guilt filled Chief Dirac over the lies he had just told his people.

next: The City Among the Stars – Part Two: Fear