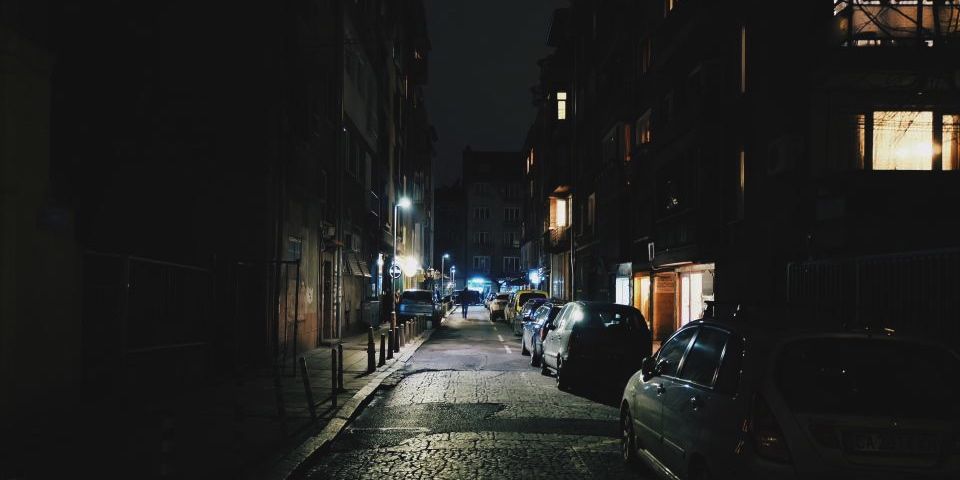 The tramp walked slowly around the table, fingers twitching on the handles of his blades as adrenaline entered his bloodstream.

“Samantha, please keep your voice down. I’m not going to hurt baby Jojo and I have no intention of taking any of your things.”

The frightened women slumped down considerably, as if a great burden had just been lifted from her shoulders.

“However,” continued the Tramp, as he got closer and closer to Samantha, “that middle part you mentioned — ya know, about hurting you. Well, Samantha, that is something that I’m actually going to have to do.”

The woman’s body tensed up at once. In a desperate folly, she attempted to run past the Tramp and flee to the living room. The Tramp only had to stick out a foot to bring the terror-stricken women crashing into her beautiful hardwood floors. Her body slid through the doors to the living room and her head smashed against the large chest placed on the carpet in front of the couch. Samantha’s body laid prone and unmoving; baby Jojo cried in the kitchen, still in his chair. It was then that the Tramp had his eureka moment and it is because of that thought that Trent saw what he did in his living room. Smoke filled the air as he walked toward the fireplace. Sitting next to the couch he found Jojo waiting in his highchair, a rancid smell wafting through the stagnant air.

“Mama, mama,” is all the young child uttered, pointing toward the fireplace. Trent followed the trajectory of his son’s little index finger and saw what remained of his wife. Consumed by a viscous conflagration, Samantha’s torso was burnt to a horrific crisp. Her face looked to have melted off her skull; her bones now visible to the air. Before Trent even spoke the slightest amount of grief about his wife’s death, the Tramp walked behind him and shoved the blade in his right hand through Trent’s neck. Trent made an awful gurgle as he tried to take a breath but his lungs already were filled with his own blood. The poor man lived just long enough to observe as a large African-American man a little over 6-feet tall with a brown trenchcoat, put the blade that killed him and others into pockets in his jacket and unbuckle little Jojo. Trent tried to holler out to the man but he choked on his blood instead. The Tramp left the bodies of the loving couple and their house to burn; little baby Jojo was left in the middle of the yard near the street, wailing cries from his fragile body.

It hadn’t been a difficult job — not nearly his worst; he had been shot once in the arm before. Yet still it wasn’t an easy one, waiting for Trent to show up had been tedious. His eyes stung and he must have smelt like ash. He didn’t subject Jojo to the sight of his mother burning or the smell of the toxic gas until he saw Trent park on the street in front of the house. The poor kid would now grow up alone, possibly in an orphanage, and then be sent off to parents who would beat him, yet the Tramp was quick and decisive to let that thought fly off into the wind. What did he care? The kid, after all, should feel incredibly lucky to be still alive; the Tramp had done baby Jojo a great favor by not throwing him into the gigantic inferno behind him. It was after leaving the Coy’s household that the Tramp escaped the eyes of the ever-so-vigilant neighbors and made his way down a road that would take him further into the city. The Tramp walked until his limbs ached and he felt the sweat slide down his massive forehead and into his eyebrows.

The city was a mess of trash and rubble; crime fueled the streets so it was possible firemen wouldn’t arrive for the Coys until after they had been turned to ash. Jojo should — theoretically — be fine, but there apparently had been a rash of kidnappings of children and small pets. So maybe he wouldn’t make it to the orphanage but find himself in a lovely and sure-to-be-incredibly-spacious basement. Or — who knows? — maybe the kid decides to crawl into the street, becomes a stain on the pavement and traumatizes the person behind the wheel; such is life.

next: The Tramp – Part Four