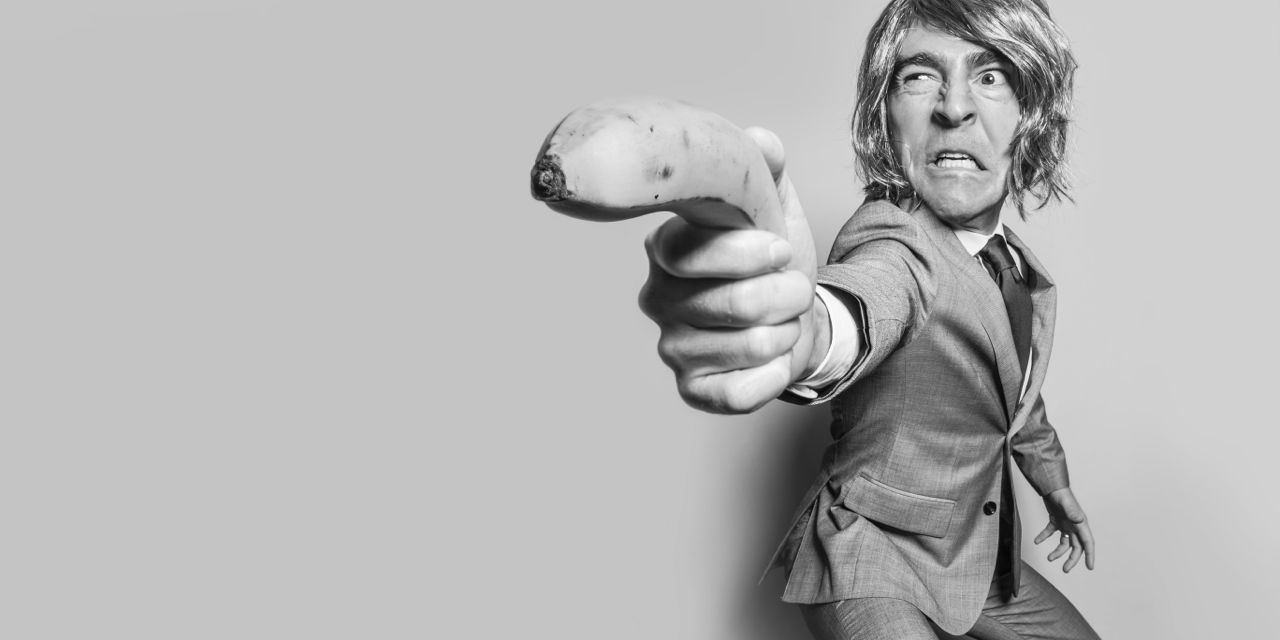 “It’s Dale”, came a faint voice from the other side. Kevin opened it and took a step back as Dale tumbled in like cement bags being tipped from a wheelbarrow. He was bleeding from the throat and rasping, managing to get out the words “the door”. Amy put someone’s jumper under Dale’s head and knelt down next to him.

As soon as Kevin had closed the door there was a loud thud, and then another, and another. Kevin could see that the hinges on the door where about to give way. Dale had taken a handgun from his Coat pocket and was pointing it at the door. Kevin opened the door and Colin’s body came crashing into the room. His complexion had turned from a prominent red to a pale grey. Kevin’s first thought was ‘zombie’, but he had never seen a zombie quite like this before. Colin was not groaning and his eyes were far from dead, they looked wild and scared. It collapsed onto the floor, and then raised to a standing position in a way that seemed to defy gravity. It was clear to everyone in the room that this was not a human being any more, it was something else.

Dale took the safety off and shot two bullets straight through the creature’s chest. It stumbled back slightly and then began moving forwards again, unperturbed by the wounds. Dale shot again and again. Screams came from the other side of the room. The bullets tore through Colin’s dead flesh as if it was wet tissue paper.

Kevin could feel the adrenaline surging through his body, he grabbed a pen from the table and fearlessly charged towards the attacker. Colin’s arm reached out, but Kevin was too fast, ducking out of the way easily. Before the creature could recover from the velocity of the swing, Kevin plunged the stationary item into Colin’s left eye socket. There was a satisfying squelch. Kevin twisted and pushed even harder until the majority of the implement was inside Colin’s skull. Kevin pulled the makeshift weapon out, bringing the eye with it. The eyeball dangled on Colin’s cheek by the optical nerve, still impaled on the pen like a human shish kebab. Eyeballs were far bigger than Kevin had imagined they were. Colin’s body stood rigid for one moment and then collapsed heavily to the floor.

In Kevin’s mind this kind of scenario would have been followed by a James Bondian comment like “The pen is mightier than the sword”, or anything to show that he was unshakable and in control. Instead Kevin said nothing. He knew that there was no reason to be cocky. If Colin was indeed a Zombie, as Kevin understood the definition, then this meant the beginning of something terrible. That’s the annoying thing about Zombies, there’s never only one.

Chief Inspector Hudson stood with a clipboard in one hand and a standard issue police radio in the other. Fairly new to his role, he wore his three pips proudly and somewhat self-consciously.

This was probably all horse shit, most likely just false information by those bloody protesters as a distraction tactic. But the fact was that they had to follow this up. A one Doreen Arnold had been contacted via text by a man claiming to be Colin Reed. He had told her he was being held captive inside Kingdom radio station, including a postcode in the text. Doreen said that she had never known Colin personally, but had worked with his wife Madeline Reed many years ago. It seemed to Hudson that if this was an actual situation, Colin Reed had probably panicked and sent the text for help to the first available contact on the phone. Doreen had also been sent a picture of a possible perpetrator, a wild-looking, tramp-like man. This was the only piece of information that had been revealed to the media. Hudson wouldn’t have usually given up information so soon, but if this wasn’t a hoax he didn’t want the media to turn on the Met and say that they weren’t doing their job from the beginning. The last thing the department needed right now was more bad press. The street had been cordoned off and there were reporters hanging around the periphery and taking photos. Officers were guarding the surrounding area to make sure no one came in or out.

The specially trained SC019, otherwise known as the Central Operation Firearms Command were there on standby, awaiting the Chief Inspectors orders. He had asked for a negotiation adviser to be present, but these things always took time. Now that every officer in the Met received basic training in negotiation, a specially appointed negotiator for each department was no longer deemed necessary.

The main thing to remember was that safety is paramount at all times: The safety of the public, the safety of the hostages and the safety of the officers involved. Putting too much pressure on the perpetrators could end in catastrophe. Hudson understood the importance of building a rapport with the captors, finding an understanding in which everything can move forward in a positive and constructive manner. The cliché of “we have the place surrounded” was never a good move, as this created a dynamic of opposition from the outset. Making the captors to feel trapped could cost the lives of hostages. This was not something Hudson was about to risk.

He looked at the clipboard in his hand. On it was a sheet with contact numbers for Kingdom Radio. It was important to attempt contact via telephone first, as using the tannoy could potentially risk causing unnecessary disturbance and panic. He phoned through the numbers on the list. All the lines were dead, and then one started ringing. Two of the other officers were talking behind him. He told them to shut up without breathing a word.