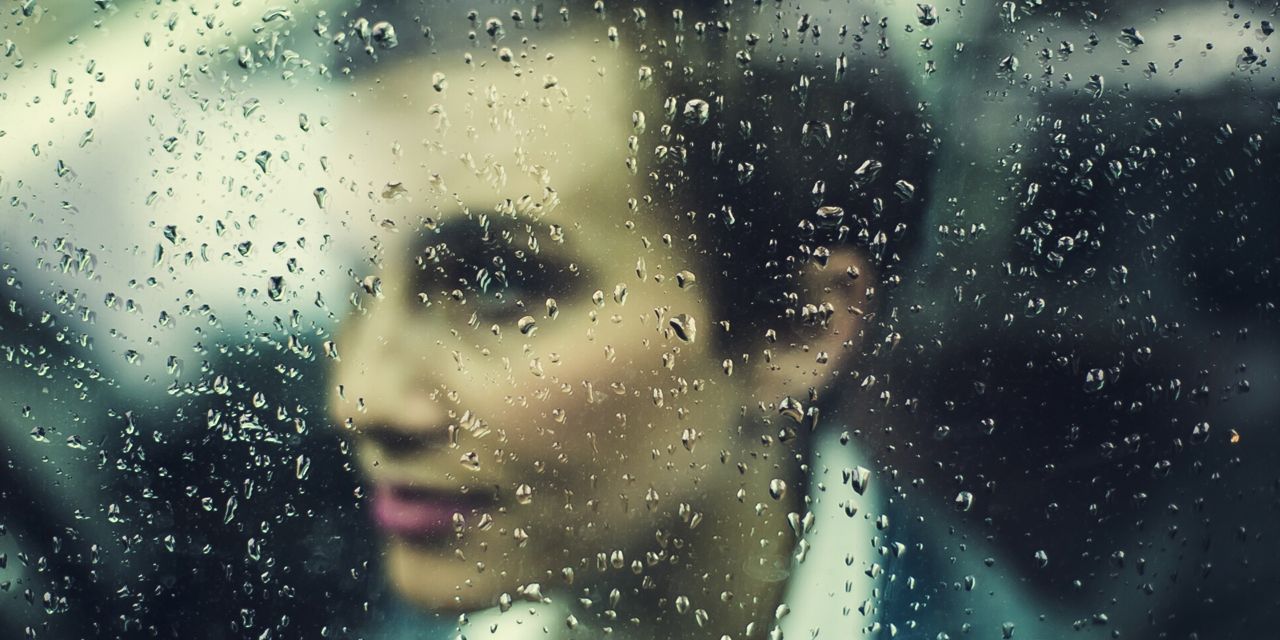 Lisbeth heard the train barreling through the tunnel, the breeze from the power of it blowing her fringe to the side. She teetered at the edge of the platform, just past the safe spot where the yellow line was painted and wondered to herself, as she had many times before, if this was the time she stepped out a bit further. The feeling was intense, though fugacious and for a few seconds after the train had pulled into the station she felt lightheaded and stoned on her own mortality.

‘I feel like doing that all the time,’ Neil leaned over and kissed her forehead.

Lisbeth shook her head, bit her lip and struggled to look him in the face.

‘Look at me,’ Neil tilted her chin up with his finger and smiled at her, Lisbeth looked back at him, but she didn’t smile. ‘I read something once that said that the more we resist those kinds of urges the less likely we are to actually follow through with any of them. We’re totally restrained people. It’s normal.”

Lisbeth nodded squeezed Neil’s hands, but she knew she was different and that she wasn’t normal.

‘It’s like Tourret’s but I keep it inside. I can control it that much, so I know that it’s not a disease, it’s just my sick, fucked up mind.’ Lisbeth pushed her fist hard against her forehead, trying to penetrate her skull to remove the offending parts.

‘So what’s the worst thing you’ve ever thought of doing?’

Lisbeth wrapped her hands around her cup of tea and considered the question. ‘I can’t tell you.’

‘OK, I’ll make you a deal. You have to tell me when we’re married. How ‘bout that?’ Neil grinned in such a way that Lisbeth felt her heart might burst.

She stuck out her hand, shook his firmly and tried hard not smile or to think further about his wonderful words. ‘Deal.’

Lisbeth lay across Neil’s chest and absentmindedly stroked the coarse hair that ran from his navel into his shorts and muttered, ‘killing a baby.’

Neil’s body stiffened beneath her and he sat up slightly. ‘What the hell are you talking about, Lisbeth?’

Lisbeth propped herself up on her elbow so she could look at him. ‘You remember our deal? Well we’re married now and I thought about killing a baby. That’s my worst thing.’ She felt her eyes sting as she continued, ‘Sometimes when I hear a baby crying I feel like I might just walk over and snap its neck. Sometimes the feeling is so strong it takes all of me to resist.’ She searched his face for signs of disgust or shame, but saw no change in his expression.

Neil sat up fully and pulled her into his chest. ‘We all want to kill screaming babies. Babe, those are just fucked up thoughts. They don’t mean anything.’ He brushed the hair out of her eyes and nuzzled her forehead.

Lisbeth stuck out her bottom lip in protest, ‘You don’t hate me? Really?’

Neil tugged on her lip with two fingers and smiled. ‘No, I don’t hate you and you have to stop torturing yourself about this shit.’ He pushed her slightly away from him and gesticulated wildly to emphasize his point, ‘Nothing, no matter how dark your thoughts, has ever actually happened. You’re in control and you’re fine. ’

Lisbeth nodded as she bit off the top of her right thumbnail, ‘Love you.’

‘Love you too, babykiller.’ Neil smiled and Lisbeth punched him in the arm.

Lisbeth awoke violently from her dream to the sound of her baby being torn to pieces. She scrambled to her feet in panic and looked down at Neil, still sleeping soundly. ‘How can you not hear that’, she mumbled sleepily to herself as she padded across the hall to see what had become of her child and peered over the top of the crib as tentatively as one would look into cobra’s basket. Solomon’s face was all gaping, red-raw mouth howling at the moon. His eyes, wet from frustration, were bolted down tightly as storm shutters against the cyclone of noise ripping his throat apart.

Lisbeth picked him up and checked his diaper, it was dry. She offered him her breast but he pushed at it and screamed louder against her flesh. She walked him back and forth the length of his room over and over, all the time cooing and begging him to stop. ‘Daddy and mommy are very tired.’ She looked deeply into his little, twisted face and tried to find her beautiful son there, but she recognized nothing. ‘Why won’t you be quiet?’

Sometime later Neil opened his eyes to the empty spot next to him in the bed. Something felt wrong; he always tended to Solomon in the night, so where was Lisbeth? The house was cloaked in silence and all he could hear was his own pulse throbbing in his ears. He sat upright and tried to assure himself that everything was fine. Why wouldn’t it be, he thought to himself as he called out into the darkness, ‘Hello,’ his voice was unexpectedly thick in his throat. ‘Lisbeth?’

‘Shhhhhh’ he heard his wife hiss like a leaky balloon and followed the sound into Solomon’s room. At first he wasn’t sure what he was looking at. It was so dark and Lisbeth’s face looked beautiful and alien, lit by only the moon. As his eyes adjusted he saw their perfectly still baby in Lisbeth’s arms as she rocked him back and forth in the very chair she’d once been rocked in as an infant. Her eyes finally met Neil’s as a smile crept slowly across her face. ‘Don’t worry, I made him stop. You can go back to bed.’