The Woes of the Zombie Man – Chapter II 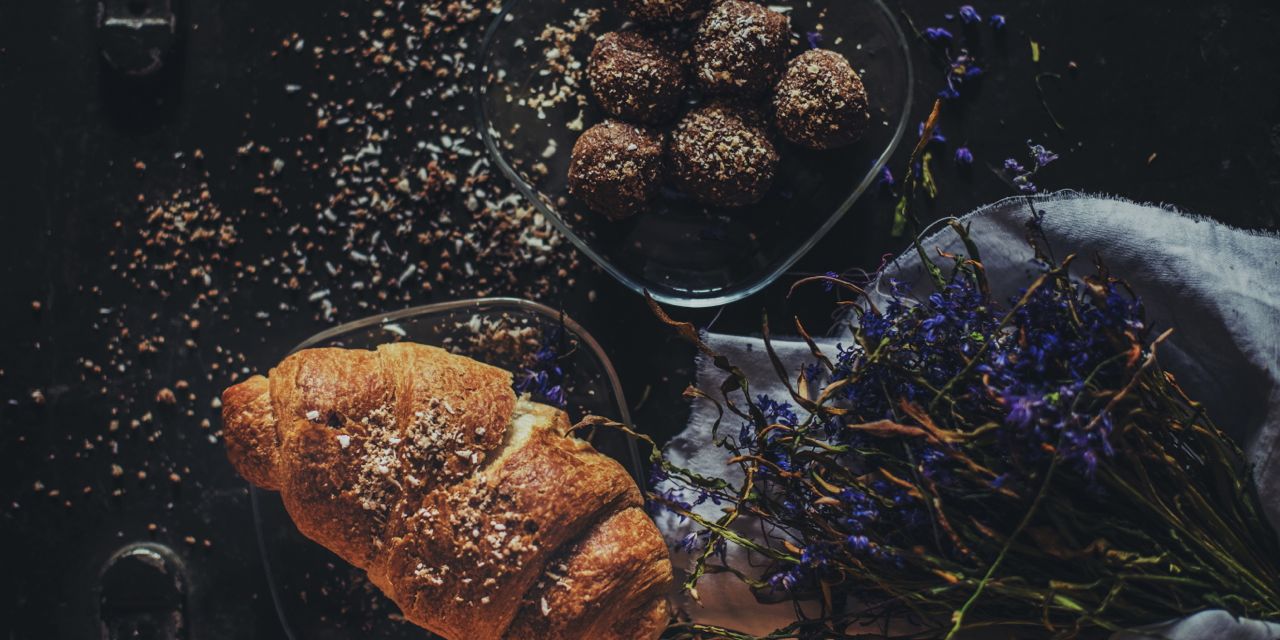 In which the baffling buffoonery of the Boonesvillian banditos begins

Hiding in an alley across the street from Gitcha Goods, peeking around the corner, crouching in the darkness, and generally exhibiting shifty behavior in a number of ways, Boris turned to his mangy counterpart, licked his lips, and said:

Bugger weakly wagged his limp tail in agreement. The diseased dog knew what delicacies he could soon expect, as he was familiar with Boris’s mannerisms, and all signs pointed towards good eatin’.

Boris was all business; he had consumed so much spoiled grub lately, and fresh meals were so few are far between, any opportunity to swipe a proper feast was no laughing matter. Concealing himself in the adjacent alley, he focused his unblinking gaze through the glass door of Gitcha Goods on the store clerk, an extremely sloppily dressed young girl.

She was unaware of the attention being given to her as she sat behind the counter bored and high out of her mind. She was new to town, and in order to compensate for her lack of friends she had continued her daily doing of drugs and downing of drinks to depress her depression. She had not yet heard of the Zombie Man, and as anyone who was familiar could relate, a person seeing him for the first time was guaranteed to be taken aback, especially with the bonus of Bugger, who was equally as shocking. The store clerk sat behind the counter breathing through an open mouth, alone in the building, staring dumbly at nothing in silence.

As Boris waited for her to get off work and leave him to his thievery he did not look away from the corner store that housed his future dinner.

“Ya know what, Bugger boy,” Boris said to his only pal, “I bet they got jerky in there. I know you’d love some jerky, wouldn’t ya, boy?”

Bugger responded with a string of drool and a whimper so wimpish it would have broken the heart of anyone who had heard it, as long as they had not seen the source of the sound, in which case they would have felt nothing but repugnance, because, as has already been stated, Bugger was hideous beyond belief, and was repulsing to all who were unlucky enough to lay eyes on him. It was true though, that Bugger loved jerky. Boris knew this and hoped desperately the corner store had some available, because he loved the dog more than he loved himself, and wanted only good things for his compadre. He was determined to provide, but he did not yet know how he would break in and acquire the nourishment. All he knew was that night he and Bugger would be doing some good eatin’.

Boris hid in the alley, staring at the clerk intently, biding his time until the store was unattended. Picturing all the deliciousness he would have in his clutches and gullet before long, he was jittery, delirious with desire, manic with anticipation.

Bugger, stricken with hunger and fantasizing about tasty treats, sat still in suspense, looking forward to whatever morsels their plunderous activities might bring. The two skeletal delinquents remained hidden and frozen in this manner for over an hour, awaiting their supper with mouths watering, transfixed by the neon sign that read “Gitcha Goods.”

Boris was curious as to why the clerk did not leave when her shift ended; he knew the store’s hours of operation well, and had observed and recorded her departure for several nights. It was well past three o’clock in the morning, which, according to his calculations, was after closing time. She should have left. There was no logical reason for her to still be holding her post, which made Boris worry she was on to him. She appeared to be facing the alley he and Bugger were hiding in, and he suddenly found it plausible, if not probable, that she had been watching him for quite a while. Contrary to his fears, the inebriated store clerk had fallen asleep with her head propped up in her hands, her elbows on top of the counter in a pool of drool.

Agitated by the enemy’s strategic maneuver, Boris turned to his ailing ally in the alley and hissed, “How does she know? Bitch is tryin’ to foil our plot, boy.”

Nervous and hungry as hell, Boris could not imagine shoveling through another dumpster for something to eat. He did not care if his mission had been compromised; he had to follow through with his plan, even though it had yet to be formulated. Distressed to the point of madness, he decided what he was going to do then and there.

“We’re fuckin’ doing this, boy,” Boris exclaimed to his starving cohort, “I don’t give a shit anymore. Tonight’s the night we’re gonna eat good. Let’s just fucking do it!”

He then charged Gitcha Goods with complete disregard to stealth and sensibility.

At this point it is necessary to remind you, dear reader, just how horrendous and upsetting a spectacle Boris was; his hide a hot bed harvesting pimply pocks packed with pus, bloody boils as big as blueberries, and gross growths galore; and Bugger, the corpse-like canine, in the same miserable condition, not a pinch more pleasing to perceive. There was not a man alive whose stomach would not churn at the sight of them.

The two miscreants crashed into the glass door and entered the store. The clerk awoke, astonished and dumbstruck. The violent variation of vodka and Vicodin that voyaged through her veins with vigor, in addition to the marathon of The Walking Dead she had been watching for two days straight and the gruesome appearance of the two figures in the doorway, assured her civilization had fallen and the apocalypse had begun.

Ducking behind the counter without a peep, her eyes began to scan her immediate surroundings for a weapon. Finding only a mechanical pencil and a stapler, she grabbed the office supplies; pencil in the right hand, stapler in the left. She breathed as inaudibly as she could, hunkering down and not moving a muscle.

Paying no attention to anything other than filling his face with food and forgetting his famishment, Boris dropped to his knees and began to gorge, ferociously ripping cookies and coffee cakes out of their wrappers with an enthusiasm never before seen for such cheap snacks. Bugger found a shrine of assorted jerkies and joined in on the festivities, viciously attacking a box of teriyaki flavored beef sticks. The disgusting duo continued insatiably devouring everything they could, giving not a single thought to the Gitcha Goods employee in the same room.

Hiding behind the counter at the front of the store, the clerk was terrified. She had never heard of zombies eating prepackaged goods, or of zombie dogs, but she was no expert on the subject. The abruptness of the situation hadn’t allowed her to think rationally, and her intoxication didn’t make her any more reasonable.

The furious feasting, during which Boris and Bugger ate much more than they had in the previous three weeks combined, lasted only around fifteen minutes. Exhausted and stuffed, they laid on the tile floor and moaned in satisfaction. On their backs, side by side, in sedentary bliss, they let the fluorescent light bathe them. The clerk, taking notice of how slothful the monsters had become and seeing their pause in activity as advantageous, opted to strike before it was too late.

Knowing what had to be done, she leapt from her cover, let out a deafening war cry, rushed the zombie of human physiology, drove a flurry of staples into his skull, and stabbed the mechanical pencil into its head and neck repeatedly.

Going from total ecstasy to fearing his death in the blink of an eye, Boris was bewildered by the barrage. He pushed the assailant off of him, stood up, and tried to run towards the door, but because he was so full, he moved at a pace better described as a lumber. The store clerk, still stoned, staunchly stabbed and stapled with strengthening strikes as Boris fled. Bugger saw how badly his friend was being treated, tapped into his guard dog instincts, slowly got up, and waddled his way over to the commotion in order to give some assistance. Once he finally reached the quarrel, the clerk saw him, shrieked, and kicked the undead dog with all of her might, breaking a few of his ribs. When the dog fell down she stabbed and stapled it a few times for good measure before hiding behind the counter again and feverishly reciting a prayer. The two friends retreated in a panic, wailing in excruciation. They exited the glass door and didn’t look back. The clerk locked the door right away. Her heart was racing as she thanked the heavens she was still alive. She tried to calm down and catch her breath as she picked up the store’s phone, called the police, and earnestly reported a zombie attack.

Boris and Bugger rendezvoused in the alley across the street from Gitcha Goods and collapsed pitifully.

“Oh, man. She fucked you up,” blurted Boris as he brushed Bugger’s beaten back. “Got you good, didn’t she, boy?  Tramp got me too. Unnecessary if you ask me. I saw you going to town on some jerky, though. That’s good. At least we got you that.”

Boris smiled faintly as the staple wounds in his head steadily trickled blood. Being almost certain he had gone blind in his left eye thanks to the stabbings from the pencil, he felt as if he might faint, puke, or die. Bruised and battered and licking their wounds, our heroes huddled together, dreading the damned dumpster diving they would undoubtedly do the next day, wondering if they would ever eat that good again.

next: The Woes of the Zombie Man – Chapter III

previous: The Woes of the Zombie Man – Chapter I