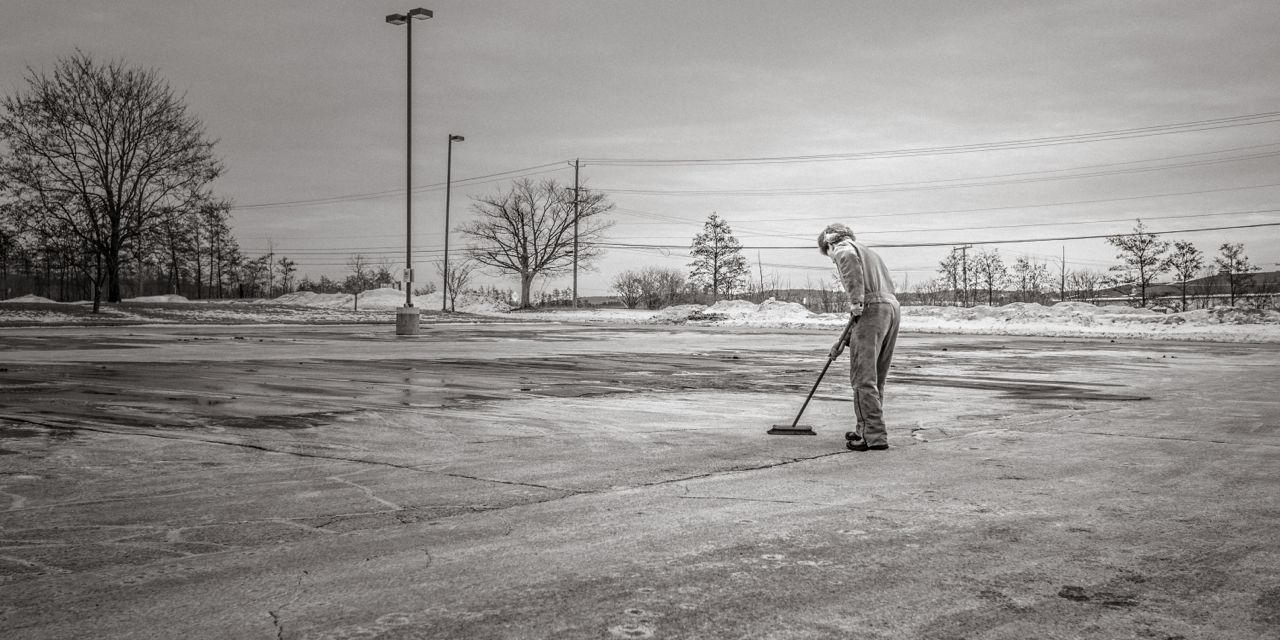 The Butcher didn’t see direct assault fitted this delicate task. If the Brewer said ‘no,’ then what! He wouldn’t be opt to torture him, would he.

‘I am on your side and think you the best.’ He settled down. ‘I know you are a very special type of fish.’

‘I don’t know what you mean?’ The Brewer was standing like squirrel, edgy and introverted.

The fact that he started addressing the Butcher as an equal supported the latter’s teases.

‘I am not offering you a hand. I am offering discretion.’ The Butcher translated.

‘You know the best sleep I have ever had is after a hard day’s work. No sugar. No chat. No art. Dancing with the silent marble.’ The Brewer produced a salad of words. Abstractly deep and meaningless to the witless listener.

‘I concur. We are all slaves to our metabolism. But! Chat and art are important, especially in here.’

‘Important to you not to me. You are smarter than me so you need more art than me.’ The Brewer was regaining some solid footing. ‘I come on time, I am well groomed and mannered. I am kind to everyone, I respond well to requests. I never call out sick. Most importantly I polish those floors well and with care. I am content with what I am. I don’t understand this!’ He pointed to a giant red canvas with a single yellow strip splitting it vertically.

‘I believe you do. I believe you are an artist at least as much this guy.’ The Butcher pointed back to the minimalist abstraction. ‘And I am not saying it’s all in the colors. But at least thirty percent is and I will take thirty percent as a serious number in your case. Statistics equal facts, facts equal educated assaults. The facts are that you like to use yellow and green a lot. You have ventured in this new world full of strangers. Let me tell you. Holding your breath doesn’t work long under water. Sooner or later you have to make friends with the fishes. The bigger the better. By big I mean me.’ The Butcher couldn’t help himself. ‘ I want you to know that I have my reasons to sympathize with you. I don’t like bakers to put it kindly.’

Was it the color talk? But! The Brewer’s hard-acquired calmness was distorted.

‘If you know what you know and you are keeping everything in and talking to me. It seems to me that you are saying that my bowl of soup is too hot and you are offering your breath to cool it.’ The Brewer introduced some metaphors himself. He was calm but out of air.

‘Your perverted orthodox fight is against a common enemy. I am certainly not going to spit in your soup. I just wanted to make sure you don’t need a bigger spoon.’

‘I have everything I need.’ He said with frolic apathy. He looked like a dying balloon.

‘I am a powerful friend to have, especially if you are threading in my house.’

‘So you prefer green and yellow to pink and blue?’

For a moment the Butcher thought of the freshly observed kangaroo installation that bears and opposes exactly those colors. But then he realized that it couldn’t just be a coincidence. The Brewer had said ‘yes’, subtly.

His paintings were dominated by green and yellow themes. Pink and blue refers to the ‘pink rhino’, which in fact was pink and blue and the flagship painting of the Baker.

‘I do, absolutely one hundred percent.’ The Butcher replied.

‘You were born poor.’ The Brewer guessed right.

‘It’s easier for you. At least you are not a softy.’

‘Right! With what.’ The Butcher smiled, he just made his first friend in the city.

The Brewer dipped the mop in the bucket, rinsed it and splashed it on the floor. His dance continued from where it had stopped.

‘Time to make love to the marble.’ He felt in control again, like a captain of a ship that had just survived a brutal attack.

They had said everything and given away nothing. They could be the closest of allies or perfect strangers.

The Butcher left unsure of what was more abstract the kangaroo room or his conversation with the Brewer. The latter reeked of booze. If I was waxing floors all night I would be drunk too, thought the Butcher. Enslaved by a routine job that does not require skill or thought. Hell. That was a sign of a real janitor. Or a real artist. May be he was just that good.

Painfully aware of the proximity of danger, the Brewer felt exposed and skeptic.

The Butcher retired for the night. If he couldn’t crack a riddle, he slept on it. The morning would give him fresh perspectives with the sun on his side.

Plus, tomorrow was the day when all the beasts would start dancing and flexing their muscles in the foggy forest.
The rain was tired, but it would surely return tomorrow promptly at the same time.

previous chapter: The Baker, the Butcher, and The Brewer – Part 20

all chapters: The Baker, the Butcher, and The Brewer