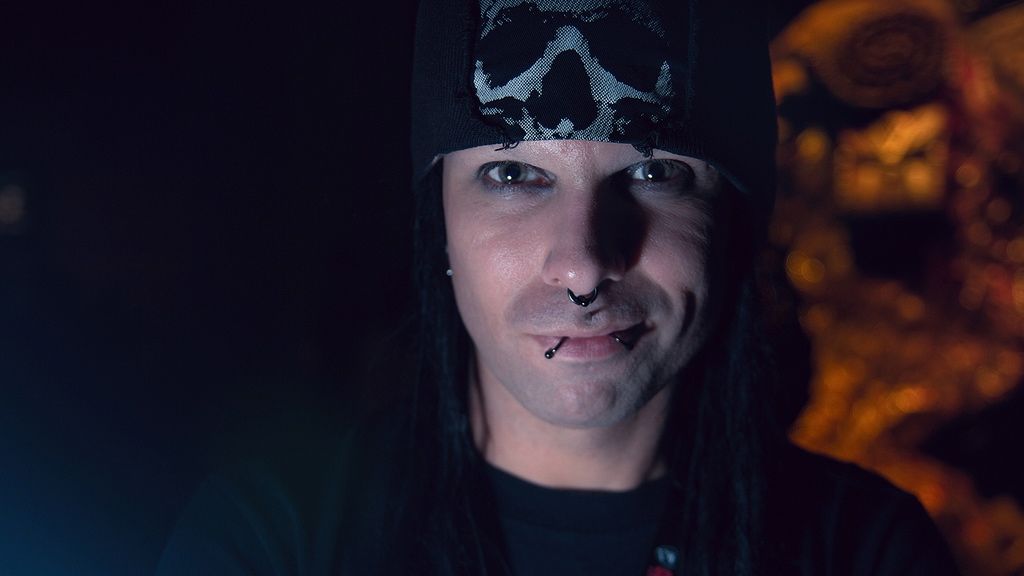 Kevin vaguely recognised the angry looking young man on the front page – one of the many celebrities he had seen before, but knew very little about.

The train arrived in St. Leonards station at 12:48. Kevin used the GPS on his phone to find his way to the address. Taking in the surroundings he could see that there were some big differences to Croydon. The people seemed to echo the state of the buildings, mismatched and weather beaten. There were some alternative looking people scattered about, but not of the Brighton or Shoreditch Ilk. They were less self-conscious somehow and more than a little grimier.

He took brief mental notes of the shops that he passed: thrift shop, thrift shop, dodgy looking tattoo Parlour, thrift shop… Never before had he seen so many useless trinkets in one place. Kevin took the red hat out of his bag and put it on.  Approaching the address he noticed a huge mural made up of small squares resembling Prince Charles’ head. Next to the mural was a little café. Walking in he saw higgledy-piggledy tables, some dining chairs, benches and a few tatty arm chairs. There were intriguing looking ornaments everywhere; circus acrobats hanging from the ceiling and a strange object made from wrenches on the window sill.

Kevin greeted the staff with a polite smile that did not come naturally. He removed his coat, leaving his hat on as means of identification. A woman came to take his order. She had a ring through her lower lip, impeding her already compromised diction. Attractive, Kevin thought, in a boho kind of way. He ordered a green salad with avocado and pine nuts, a cup of freshly ground decaf coffee and a tall glass of still mineral water. After requesting a WIFI connection, he typed in the access code and updated his blog:

“I am sitting in a cafe which looks like Pete Deckarty’s living room, the kind of place where people eat with their hands and furniture comes to die. I am waiting for a person I do not know and I am wearing a hat that makes me look like papa smurf. #zedlist”

After about five minutes a man sat down on the table with Kevin. He was wearing a large dirty brown fur coat and a bobble hat.

“Are you Kip?” Kevin enquired.

“No,” the stranger replied “KIP is not a name, it stands for ‘Knowledge Is Power’, which is the basis of my manifesto.”

They were both sitting opposite each other in armchairs with a decorative coffee table and a novelty lamp between them. The man was about fifty. He looked relaxed, and was leaning forwards in excitement as he talked. Anyone witnessing this odd coupling may have concluded that this was the scene of a madcap hippy activist selling drugs to his I.T. consultant. Kevin took a sip of coffee from the oversized mug. There was enough chatter in the café for any conversation to remain indistinct.

“Do you believe in alternate dimensions?” The stranger asked.

“I take it we are skipping the small talk then”, Kevin remarked.

“I know why there are celebrities dying”, the man said with quiet urgency.

“They are human sacrifices”, the man whispered, leaning even closer to Kevin.

Kevin leaned in, mirroring his new friend until their faces were almost touching.

The man’s right eye twitched ever so slightly. “Films are full of messages meant to distract and desensitise us.”

“Why else do you think I watch them?” Kevin said.

“I’m serious,” the man said, his fashion choices suggesting otherwise, “imagine an adult and a child in a cinema watching something on the big screen. The adult can choose to ignore what they see, but the child takes everything in like a sponge. It’s the adult’s job to remove the child if something comes on the screen that they deem inappropriate. The adult is your conscious mind and the child your subconscious. I am very careful with what I am exposed to and am very aware of how everything can affect me; my mood, my decision making and overall thought processes.”

“Why is anyone ever anywhere? You are here because this is where you are. In time you will see that.”

Kevin started getting up.

“What do you know about physics?” The stranger asked.

“Ha! A three dimensional representation on a two dimensional plane – emulating how the physical world works, you move as an illusory object among other illusory objects. You know more about physics that you give yourself credit for!” the man said, his words tumbling out all at once.

“Thank you”, Kevin responded, settling back in his chair.

“Most peoples’ understanding of physics is purely instinctive.” After a pause the man leaned forwards again and looked Kevin straight in the eyes, “you were visited last night weren’t you? You think it was a dream, but I can assure you that it was very much a reality.”