What Are You Afraid Of? – Part Three 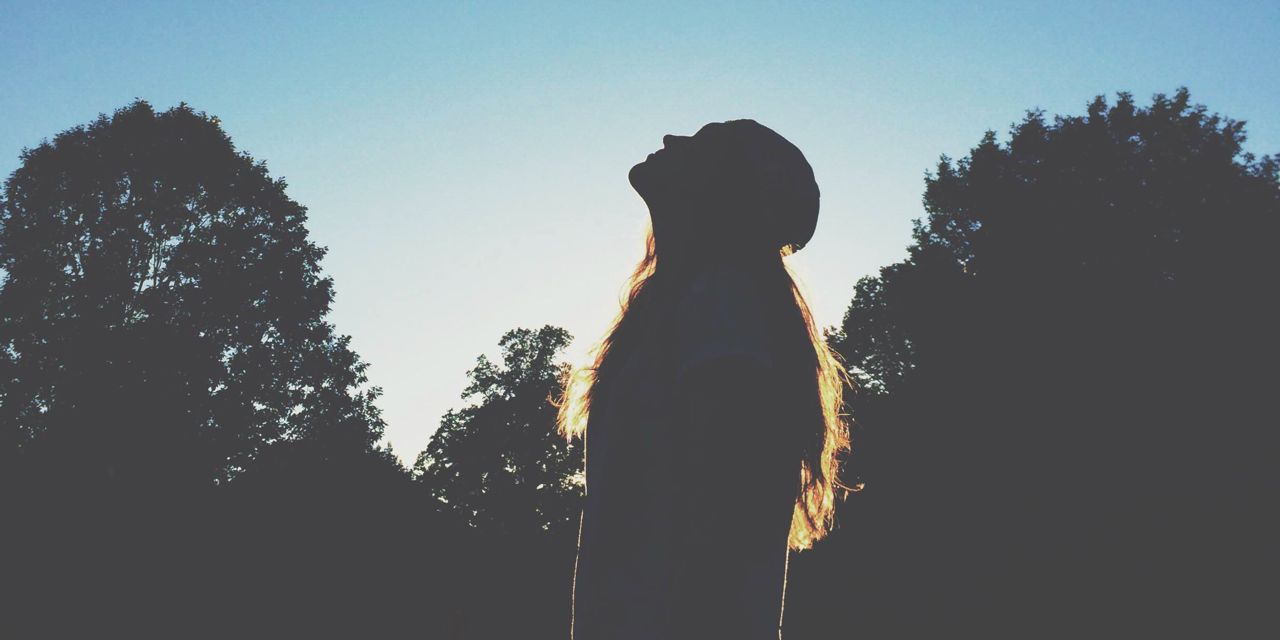 “What sort of things would you say to yourself?”

She smiled wryly. She’d been aware of her inner monologue for so long that it was like remembering the meeting of an old friend to bring back the time when it began.

She had been a lonely child; her siblings coming along so late as to be charges rather than playmates. So, she’d often made up stories, songs, adventures in her mind. But one day, she started narrating her day…as if it were a passage in a book…what was to become the long, long, tale of her struggles.

She trudged along the alley; cold, tired. Her lightweight coat was almost a comical defense to the winter’s breath, but she pulled it tight around herself all the same.

Get to the bus, get through classes, get to play practice. She focused on this day, each day one at a time, because if she looked ahead any farther, she only saw what seemed to be interminable misery. Years more of schooling; riding the line between standing out academically and hiding away physically, avoiding the jeers of her wealthier peers. Years more of dodging wrath at home; the unspoken yet overbearing truth that she and her siblings’ mere existence caused the poverty that beset them. She pushed forward, not from a hope that burned, but from an animal instinct to simply survive.

All else was frivolity.

“Just…kind of documenting the events of my day. Nothing remarkable.”

She paused. Indeed, after decades of practice, her ‘life as literature’ exercise had developed facets and aspects that she never dreamed of way back when. Only this morning, her cranial cryptographer had riddled her this:

I burned myself today. Accidentally, please don’t fret; I only had turned on the water to wash a dish, and I made it too hot, you know I always make it too hot. As I impatiently yanked my wrist away with a petulant “Ow!” I thought about a movie I’d seen. A woman was being tortured in a shower of intolerably hot water. I stared at the red spot on my wrist; I touched it and felt how it still smarted. ‘I wouldn’t have survived that’, I thought. Then it occurred to me…how have I survived anything? When I feel as deeply as I do: physically, emotionally, mentally… I am fragile, impressionable; I am an elephant in a world of rats: My memory is cumbersome, and I lumber along helplessly, but it’s no use; the lithe, cunning rats master the maze, unburdened by regrets and grudges. They see that I don’t fit into the maze, and so they bring me bits of cheese from their rewards, while I watch the race go by…alone.

“Sometimes, yes. I suppose it’s just a habit by now.”

The phone buzzed insistently in her back pocket, and she juggled the box of frozen carmelized onion cheese puffs and bottle of red wine in her hands to retrieve it.

Smiling, she typed back:

She wheeled around to see a glowering forty-something woman in yoga pants push past her. “Excuse you,” Maura muttered. God, I hate Trader Joe’s clientele, she fumed silently.

Fortunately, she managed to finagle her way throught the checkout and to the parking lot within minutes, and was on her way to her ex’s house.

Their Tuesday Blacklist viewings were the highlight of her week. They’d eat, they’d watch, they’d catch up. It was an anchor of sanity in her otherwise inane life.

She pulled into the driveway and let herself in.

John poked his head out of the kitchen and gave her his saucy smile.

“Did you bring the poofs?”

Maura shook the box over her head. “Of course!”

Walking into the kitchen, she felt the day roll off her shoulders, and she automatically went to the cabinet to get down wine glasses for them. He was stirring a devilish-looking chocolate pot of something, and she popped a strawberry from the tray near her into her mouth.

“How was your doctor today?”

“It was fine. I don’t know if it’s really helping me in any way other than showing me how self-indulgent therapy is.”

“That is my modus operandi!”

They gathered up the food and wine and went into the living room. The episode was a fast-paced one, and they munched and drank throughout, debating over plot twists at each commercial.

“It’s eleven. I should get going.”

Both were hunched on the couch, stuffed and tipsy.

“You’re in no shape to drive. You should just stay.”

Maura pulled herself up on the sofa cushions.

“She’s fine. Look you can stay in the guest room if that’s easier.”

“Allen’s Allen. But I know he’s still up, so he can come get me and drop me home.”

Home. The word fell like a glass on a tile floor, which lay there, shattered.

They walked to the door, and John said quietly, “So why did we split up again?

She looked down, then up into his haggard face. “Because I’m insane?”

They both laughed. “Oh yeah, that”, he said.

She put her hand on the doorknob, when he said,

“Wait! I wanted you to take something.”

He dashed back into hallway, then re-emerged holding a music box.

She took it gently, and her eyes filled.

They bid each other goodnight, and she walked out into the cool night air. She had no intention of calling Allen; the walk would do her good, and besides…her company was fit for no one.

next: What Are You Afraid Of? – Part Four

previous: What Are You Afraid of? – Part Two