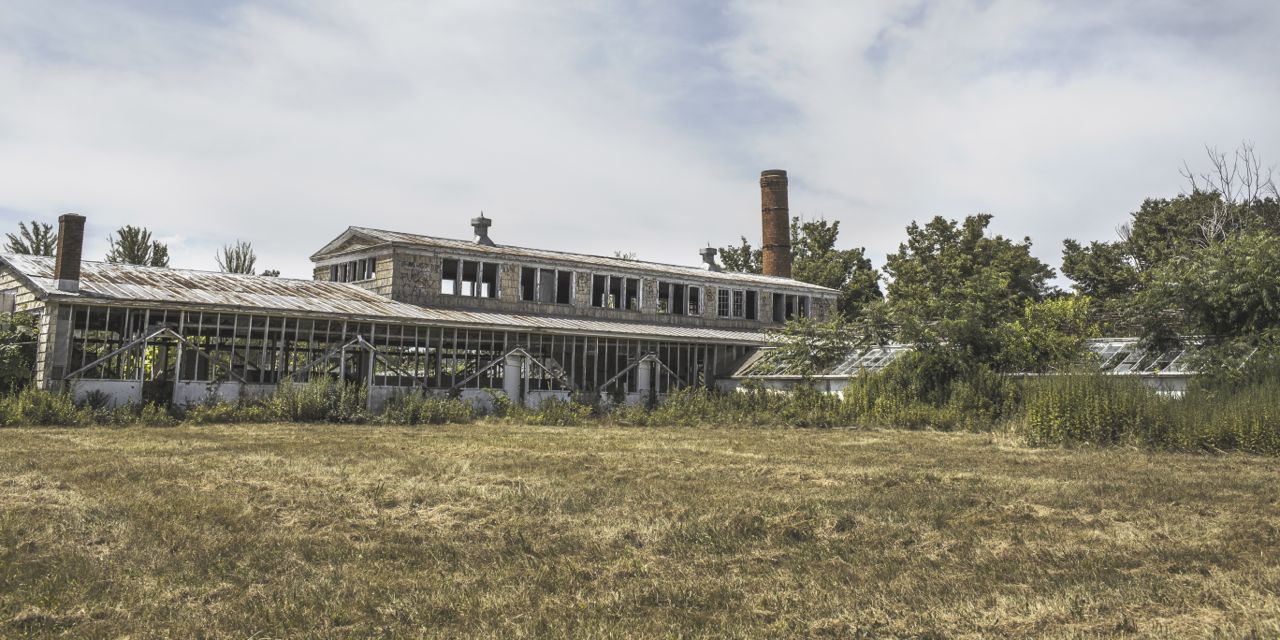 Standing up, while cradling her injured hand in her shirt, her first impression was something like Mars, or the post-apocalypse. With the gravel parking lot pairing well with the steel, overcast sky, a trip into the far future would not have been so far-fetched. Sparse, withered weeds sprung up from every surface. The ground was muddy and thick from recent rains, so quickly gone that Jennifer could still smell moisture in the air. Cautiously making her way around the small shed the van was parked near, she rounded the corner to find an enormous, monolithic factory looming at the end of the parking lot.

The building was dominated by a huge, singular smokestack, flanked by a number of smaller chimneys. While littered with windows, most were boarded shut with warped, weather-stained planks of wood. Some of the windows on the higher floors were open, but covered in broken, jagged teeth of glass. Jennifer could only guess at what it was originally for, but the factory’s aging, garnet brickwork told of an immense age. Surrounded on all sides by a chain-link fence topped with razor wire, the wilderness was slowly creeping into the property over the decades. Thick logs, the remains of a collapsed tree trunk, sat on either side of a much newer section of fence with a different pattern of wire. Someone was taking care of the property, to some extent. Whether it was Alex or someone else, Jennifer couldn’t say.

A sudden blast of gunshot sent a row of hairs up her neck. Instinctively, but far too slowly for her liking, she ducked and rolled behind the car. Hopping back into the trunk, she sat huddled and quiet while her whole body pulsed to her heartbeat. The echo of the shots faded away over the landscape, but none followed. Listening intently, Jennifer selectively poked her head from the van to glance around. Slowly, she crept back onto the ground, wincing as the gravel crunched under her. Instead of moving around, she had the idea to lay on her stomach and crawl under the van.

At the other end of the lot, facing opposite the factory, and barely fifty feet away stood six figures in uniforms. Following the fence, she gathered that they stood guarding the entrance. They were of varying height and build, but all stood absolutely motionless, their only movement the rustle of their fatigues in the wind. Jennifer quietly slipped out from underneath the car and carefully stood in a low crouch. If the guards had not heard her walk from the car trunk, they would not hear her approach the factory, so long as she was careful.

Before she made her way backward, a small bird, that had been pecking around in the dirt, took off into the air. In a perfect, synchronized motion, the guards readied their rifles, tracked the bird through the air, and fired at the precise moment to make all six shots sound like only one. The bird was reduced to little more than a smear across the sky as its remains fell to the ground. The six men took only a moment to eject the bullet casings, also in unison, before their arms snapped back to their sides and left them as still as statues.

Jennifer, her fear not yet blinding her curiosity, slowly approached the guards from behind. As she did, she was able to better observe their tattered uniforms, splotched and stained and reduced nearly to patchwork rags. The men weren’t guards; they were soldiers. With no reaction, Jennifer continued to draw closer and closer, to the point where she stood barely ten feet from the backs of the soldiers. She pondered them a moment, watching as their balance never faltered and their shoulders never rose or sank. It did not surprise her to find that they weren’t breathing.

Sinking quietly down, she grasped a rock, roughly the size of a golfball, next to her foot. Taking a step back, the forcefully chucked the rock over the heads of the soldiers. Immediately as it entered their field of vision, the six men (or what was left of them) once again snapped into motion like action figures, waited until the rock was nearly six feet from the ground in front of them, and fired. The shots hit center, sending the rock skidding across the gravel driveway and into the bushes.

Jennifer rubbed her ears, despite how she had covered them in anticipation. The soldiers were obviously more puppet-corpses of Alex, but without seeing their faces, she could regard them mostly as large dolls. What she hadn’t ignored, though, were their guns. While she watched them go through the completely uniform motion of ejecting the spent shells, Jennifer noticed that the two largest soldiers held different guns than the other four, guns she recognized as M-16s. Jennifer snuck closer to the second of these two, which stood on the right end of the line. Keeping low, she walked as closely around their right sides as she dared.

The solider was unmistakeably American, with dark red hair and the remains of blue eyes, but his face had been worn away by wind and sand. A hole had opened on the side of his cheek, leaving his jaw visible through his face. His eyelids had long fallen away, leaving his eyes dried and white as they stared out into the open field. A faded, dark patch was sewn onto the front of his thin jacket. Jennifer bit her tongue until it went white as she shuffled around to get a better look. It wore the design of an eagle on a black background, topped by blocky, capital letters that read VIETNAM.

The soldiers jerked once and unslung their rifles, turning them to the immediate right and aiming between Jennifer’s eyes. If her breath hadn’t been caught, she would have yelped. Instead she leapt directly backward, falling heavily onto her back and knocking her head against a sharp rock. Without time to lie there dazed, she scrambled across the ground like a frightened crab. Watching the shoulders from behind the stars in her eyes, they aimed at the spot where she had been for a few, tense seconds before turning back to face forward. As a reflex, they all ejected the bullets they hadn’t fired from their guns, leaving them to fall with the empty shells.
Jennifer breathed a sigh of relief, but was still very, very upset and wanted to go home right now and see her mother. She stood and approached the car, remembering that the keys were still in it, but stopped as she remembered what else was in it. From the looks of the fence, there was no way to climb out. Even if she did, the factory could be miles away from the main roads, and reaching them would assume that she wouldn’t be shot to ribbons by Alex’s guards, first. She knew all along that the only way through was forward and that all roads pointed to the factory. By that point, finding Wendy was a bonus prize to coming out alive.

next: CUPCAKES AND FINGERNAILS – PART FOURTEEN