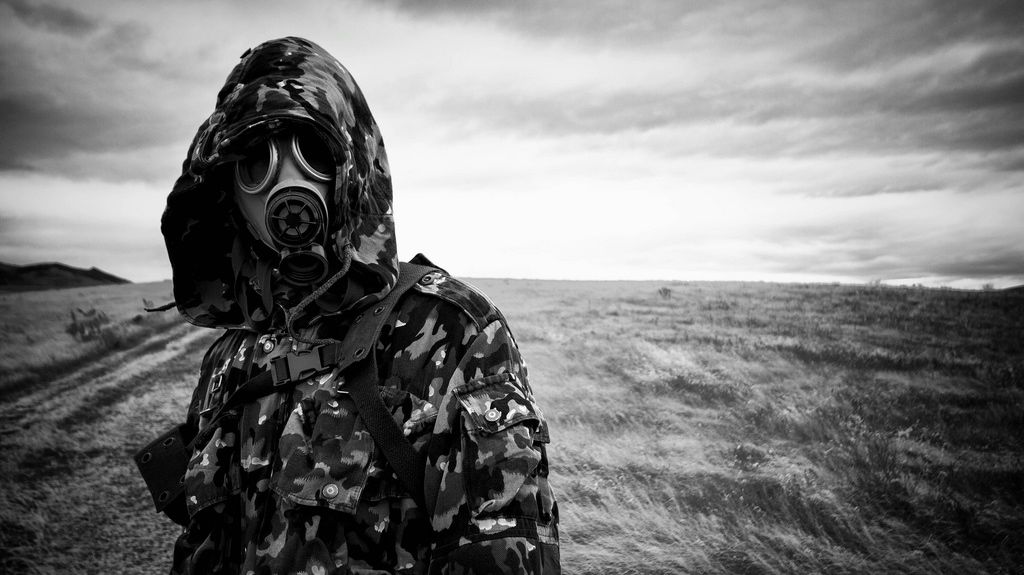 The paint-balling day arrived, and he got a lift with Roger to up to the venue, a sprawling wood in Hertfordshire. Pretending to be a commando with a group of old friends was great. Henry’s fitness was a little below parr, and he found that he could be most effective lying in a hiding place and then sniping at any enemy soldiers who strayed too near. He tried not to shoot them in the back, but sometimes it couldn’t be helped. He was quite pleased with this strategy and clocked up quite a few kills this way, when suddenly Lachlan burst out of the woods from nowhere, dressed in combat trousers, a hooded top and holding a very real looking rifle. He came to an abrupt halt in front of where Henry was hiding and threw back his hood. His head was grotesque, with scaly skin, yellow eyes, and a couple of black holes instead of a nose.

“Fucking great idea this Henry.” he rasped, slipping a magazine into his automatic rifle with a dextrous scaly claw. “I’m gonna make you famous!”. He grinned a lipless grin and swiped a passing butterfly into his mouth with his whiplash tongue.

Henry stayed glued to the ground. “What do you…. what do you mean, famous?”

“Like Brevik, like Ryan, and the Colombine boys. They all had a ‘Lachlan’ you know.” His lizard’s eyes twinkled and twitched. “Tally ho, onwards and downwards!” He fired three live rounds into the air, three deafening detonations followed by echo and counter echo round the woods. “See you on the other side Henry. We’re gonna be spending a LOT of time together, you and me.”

Henry buried his face in the ground. His limbs, his lungs, his heart and stomach, all clenched and knotted. He ground his teeth and waited for the sound of mayhem and carnage. But it never came. Planes scudded across the sky, birdsong echoed, and breezes caressed the leaves and branches. After about an hour, he rose stiffly, dusted himself down and sought the compound at the entrance to the wood. Crowds of paintballers and organisers milled around, laughing and swearing. A hand clasped his shoulder. He jerked round, to see Roger grinning at him.

In the weeks that followed, Henry became skilled at anticipating Lachlan’s appearances, and was able to make sure he was alone when they occurred. Sudden muscular tension and acute sensitivity to light and sound were the most common precursors, and they occurred most often in the evening, after dinner, as he and Nina sat catching up with each other about their days, and Nina started to steer the conversation towards the subject of looking for a larger home. If the symptoms started he would remain calm on the outside, and make an excuse about needing a spot of ‘me time’ to unwind after the stresses of the day, and slip out to the shed, were sure enough Lachlan would be waiting for him, hands on hips, spitting obscenities and insults. He dreaded the shed but he dreaded the appearance of Lachlan in the house even more.

At first it was a great struggle to control his fear, and keep it from turning him to jelly, but as time went on it became easier. His fear gave way to irritation and disgust, and he began to regard the demon in much the same way as he regarded his business partner: an unpleasant but unavoidable part of life. Instead of just silently absorbing the stream of insults, Henry began to interject.

“I hate everybody, especially the weak.” Lachlan’s eyes always twitched as he spoke.

“Were do you come from?”

“From the darkest ring of Hell.”

“When will you stop tormenting me?”

“When you stop wanting me to leave.”

“I know you want me to leave.”

One evening he found Lachlan sitting slumped in the chair with his head in the ruins of the matchstick galleon. Four months of meticulous construction had been reduced to a scattered mess.

“What happened?” he said, with a lump in his throat.

“Because I have had a long day. Free running in the city, performing petty molestations like Spring Heeled Jack.”

His relations with Nina became frosty, and he knew that his life was taking a turn for the worse, but he didn’t know what to do. His conversations with Roger were a comfort, but they didn’t help much.

“So, technically….” said Roger, holding his pint in his right hand and opening the palm of the other, “…. you’re mad.”

“Lachlan is a middle aged vagrant who jostled you one night in the pub, not a denizen of Hell.”

“We all can, unfortunately. He drinks super strength cider and dines at Chicken Cottage.”

“So you think I should be locked up?”

Roger thought for a while, sipping his pint and tapping his chin with his index finger. “Are you a danger to yourself or others?”

“Does ‘Lachlan’ tell you to harm yourself?”

“He sort of implied that he was going to make me complicit in a massacre.”

“So he nearly had you go on a shooting spree. With a paint balling weapon?”

“Well, that’s what he seemed to want.”

“Isn’t that what you were meant to be doing?”

Roger sipped his ale, and thought for a bit. “Lets suppose.” He said, cocking his head slightly, and extending his index finger. “That Lachlan, demon Lachlan I mean, has a purpose.”

“Now I’m no expert on these things, but often in ghost stories the ghosts are pacified when they are asked what they want and their needs are addressed.”

“So you think I should ask Lachlan what he wants?”

“But he’ll just say he wants to smash and kill everything.”

Roger shrugged and smiled agreeably. “It’s either that or have you committed and pump you full of anti-psychotics.”