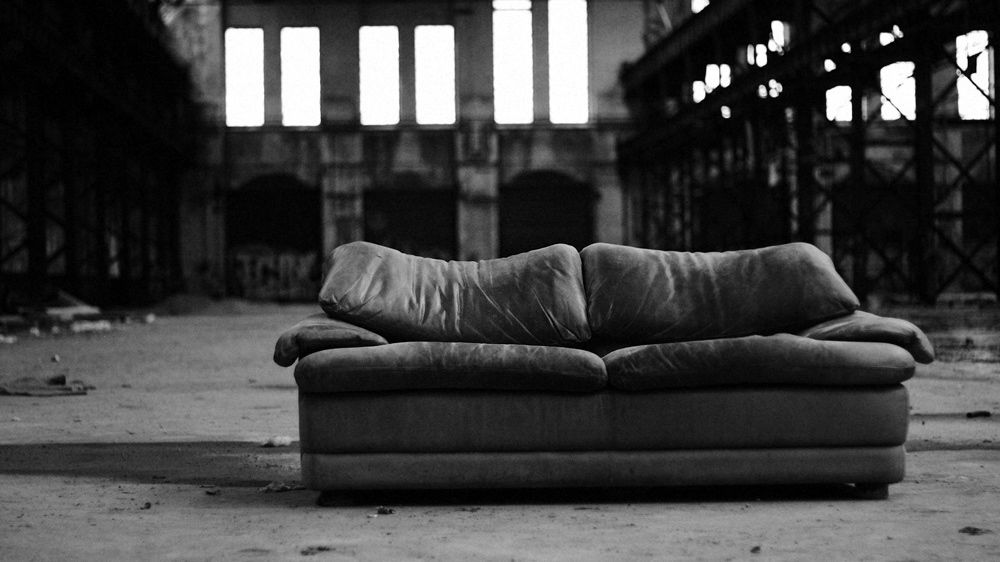 So the next evening in the shed, Henry asked Lachlan what he wanted.

“I want you to stop being Spineless.”

“You’re pathetic. You swallow your rage.”

“You swallow it. You give your money away to lazy Alex, and then when Nina asks were is it you scuttle out here to play with your matchsticks.”

Henry realised that the tension he felt on hearing this was a reaction to the truth in those words. He stopped trying to control it, and gave in to anger. Lachlan thew back his head, and with a delighted gasp faded into nothing. Henry was alone in the shed, and his cheeks were burning. The last words Nina had said to him that evening resounded in his head:

“When are you going to stop Alex from pissing your savings away?”

Back in the flat Nina was dozing on the sofa. A home improvement magazine rested on her swollen belly. She looked serene and peaceful, as if she was dreaming of herself in the bright and glossy interiors in the magazine rather than the damp and pokey basement.

“You have no right to say that!”

Nina opened her eyes and winced. She looked around blearily, then looked at her watch. “What?” she murmured vaguely.

Henry told her that she had no appreciation or understanding of the effort and complexities involved in starting up an online business from scratch, and that she was taking his money for granted. Nina had had a pretty long day working at retailer in town, and did not take kindly to her usually diffident and evasive husband suddenly confronting her out of the blue. After a very heated exchange she burst into tears and left, saying that she was going to stay the night with a friend and that she had had enough of Henry’s bullshit, and that he really needed to sort himself out.

In the silence that followed the slamming of the front door Henry noticed that his anger was no longer there. In it’s place was the familiar tension, and also a feeling of emptiness and despair. He stood there for a while looking at Nina’s discarded magazine lying on the coffee table next to a bottle of nail polish. In the kitchen area the fridge hummed and a tap dripped. Outside the cars swooshed by in the street. And then he noticed a wheezing sound, and a dark shape on the periphery of his vision.

“Oh you’ve really done it now!” He looked up to see Lachlan wearing Nina’s dressing gown, his yellow twitchy eyes brimming with joy. “You fucking loser. She was the best thing you had.”

“I thought you told me to stand up for myself.”

Henry called Roger, and told him what had happened. “I know.” he said. “Nina called me. She said you’d flipped and become obnoxious. She was really upset. What on earth did you say to her?”

“Oh…. nothing much, we were just talking about moving and so on.”

Lachlan wandered into the kitchen, shaking his reptilian head. He started looking in all the cupboards, yanking them open and slamming them shut.

Lachlan opened the fridge and looked inside. “Ah!” he rasped. “Meat!”

“You’re not going to have me locked away are you ?”

“Er no…. but I think you have to sort yourself out. Things are getting out of hand.”

“They certainly are.” said Henry as he watched Lachlan put a packet of mince on the kitchen counter, claw it open and scoop a handful into his mouth.

“So, what are you going to do about it?”

Henry was silent for a while. He watched Lachlan take a bottle of vodka from the freezer and swallow a third of it’s contents in one gulp.

“Really?” Roger didn’t sound convinced. “Do you want me to come round?”

Lachlan winked at Henry and nodded frantically, mouthing “YES!”. His face was smeared with fragmented streaks of mince, some of which he licked off with his whiplash tongue.

“I don’t think that’s a good idea at the moment Roger.”

Lachlan rolled his eyes, then wandered into the living room. “Yummy yummy yummy yummy – meat and vodka in my tummy!” he sang in his deep, guttural rasp.

Henry hung up. Lachlan sat down at the little desk in the corner, in front of Nina’s laptop. He hit the space bar twice, grunted with satisfaction as the screen flickered into life, entered the password and started to clack the keys and tap the mouse pad with his claws.

“I know what you know, retard. Now give me your credit card.”

Henry rubbed his eyes. “How long are you going to be here?”

“Until the sky collapses and the ground yields up the dead.” He clicked around a bit more, and then started to type very fast and rhythmically.

“What on earth are you doing?”

Henry walked over and looked. He recognised his own smiling, grinning Facebook picture, and saw that Lachlan was typing “I am a Spineless Cunt.” over and over again into his status bar. He seized the little laptop and snapped it shut, then pulled the plugs out of the wireless router and seized that too. Lachlan made a disappointed grunting sound.

“Too spineless for honesty.” he growled, and flicked his eyes around the room looking for a new diversion.

Henry hid the lap top and the router in a cupboard in the kitchen, and then took the bottle of vodka from the kitchen counter, went to the windowless bathroom, locked the door and sat on the latrine. He looked at the bottle of vodka in his hands. It was going to be tricky drinking enough vodka to get to sleep, but not so much that he was still drunk in the morning. In fact, vodka was not the ideal drink for getting to sleep. Red wine was best. With a decent meal. And Nina’s gentle laughter and impish eyes…