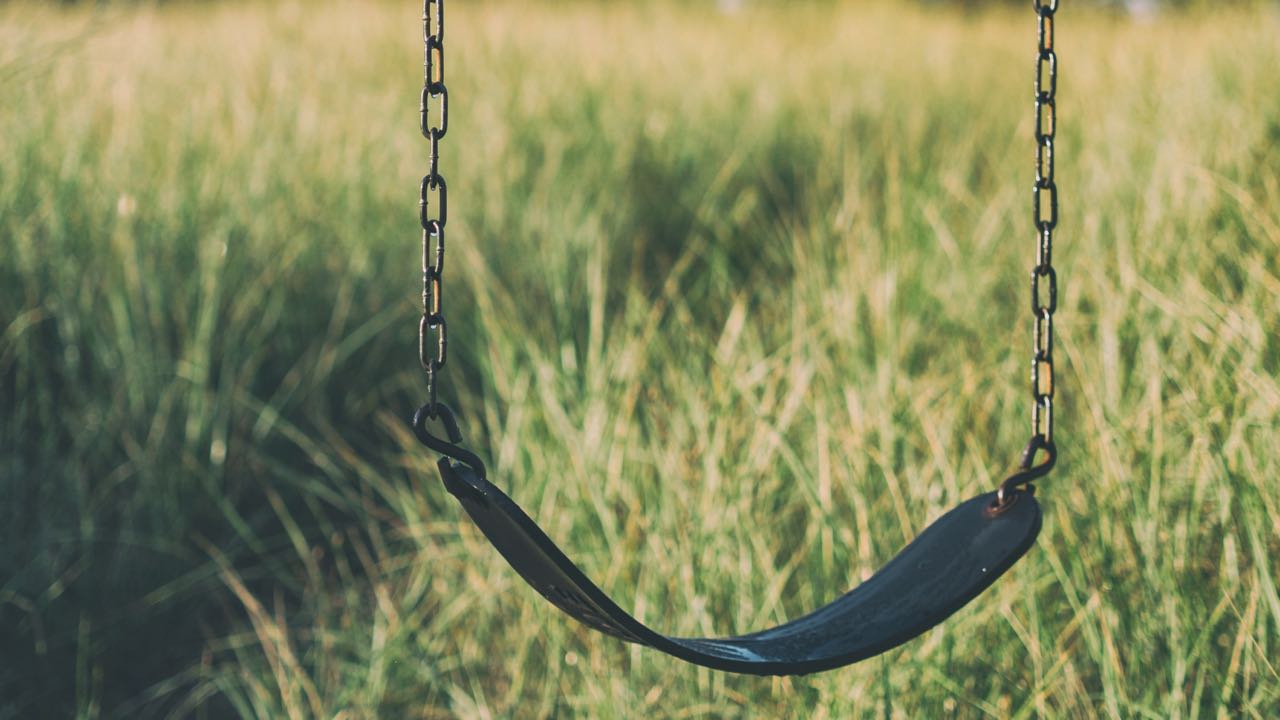 Josh was driving home from work in the middle of a summer storm. The rain had been pouring down all day, meaning that some of the roads were flooded.

Being in college, Josh’s job wasn’t very glamorous. It hadn’t been a particularly long day, but he was already tired from thinking about all of the homework waiting for him when he got home.

Trying to stay healthy while being in school had always been a top priority for Josh, but he was a firm believer in treating yourself every once in a while. Before going home to write his essay, he stopped at the local bakery for one of their biggest, chewiest brownies.

Across from the bakery was a small park. The parking near the bakery was full, so Josh parked near there instead. He figured it would be empty due to the storm, however, to his surprise, there was a lone figure sitting on one of the swings. He didn’t see anyone who looked like a parent around, and if this kid was lost then Josh wanted to help.

Upon closer inspection, he realized it wasn’t a kid at all, but a woman. She was even probably around his age. He was going to turn around and leave, but he could hear sniffling coming from her, and Josh realized she was crying.

From here, Josh figured he had two options; he could leave, get his brownie and go do his homework or he could help her. He weighed the options in his head.

He moved towards the woman and as soon as his foot stepped on the gravel she stood up and shouted, “Don’t touch me, I have pepper spray!”

She looked Josh up and down, decided he didn’t look very threatening, and put the spray back in her pocket.

“Or maybe I should let you kidnap me. At least I would have somewhere to stay…probably food to eat…” she trailed off.

Josh wasn’t sure what to say. “Um…I wasn’t going to kidnap you. I was going to see if you were ok.”

She sniffed again. “Are you sure? Maybe you should anyways. It’s not like I have anywhere else to be.”

Still confused, Josh asked, “Are you lost or something?”

The woman gave a shrill laugh. “Lost?! Maybe mentally, but physically I know exactly where I am.”

Josh laughed nervously. This woman was nuts. But nonetheless, he still felt like he should help her. “Do you want to go into the bakery? I could buy you something, if you’re hungry. You sound like you need to talk.”

“Is that supposed to be an insult?” she immediately jabbed back. She thought for a moment and then said, “I have no way of paying you back.”

He bought her a water bottle and a sandwich. Josh was mildly impressed and slightly concerned about how fast she wolfed them down.

After she finished chewing, Josh asked, “Why were you crying alone on a playground in the middle of a storm?”

The woman took a long drink from her water bottle. “What, you’re not gonna even ask me for my name first?”

He was about to apologize, but she cut him off. “It’s Daisy. And I was crying because I have no money and nowhere to go.”

Daisy rolled her eyes. “Nope. I dropped out of college to travel and now I’m broke.”

There was an awkward silence and Josh felt like he had to fill it. “Where did you travel to?”

“I had big plans, Josh. I was going to go to London, Rome, Greece…but I only made it down the east coast.”

“So did you spend all of your money on like, motels and stuff?”

“HA! You think I could afford a motel? I bought a tent and stayed in different state parks. Sometimes just inside of a forest off the side of the road, if there wasn’t a park nearby.”

Josh looked around the table. “Where’s your tent?”

“It flew into a bush during the storm and got ripped up.”

“This doesn’t sound like a well thought out plan.”

Daisy was about to retaliate but the cashier approached them.

“Great.” Daisy face planted into the table. “I guess I’ll go find a bench or something to sleep on. Thanks for the sandwich, Josh.”

Josh felt really bad for her. He wanted to offer her a place to stay, but he was scared of coming off as creepy. He asked anyways.

“You can stay at my place for the night, if you want. You can have the couch.”

Daisy lifted her head from the table. “Are you serious?”

Josh couldn’t tell if she was upset or not. “Yes…?”

“Cool, thanks.” She picked her backpack up from the floor and waited for Josh to lead the way.

After driving in silence for a while, Josh asked Daisy a question. “Why did you decide to do this alone?”

Daisy shrugged. “You know those movies where the girl goes out on a journey to find herself?”

“Maybe. I don’t know. I hated school and I don’t talk to my parents anymore so I thought why not. Maybe I’d find my place in the world.”

They were both quiet again until Josh asked, “Did you?”

Josh snapped out of his thought and stared at the woman crying in the park. He decided he needed to be quick and get back to his homework, so he turned around and went to the bakery.