The Polieceman Who Shot a Dog Named Tycho – Part One 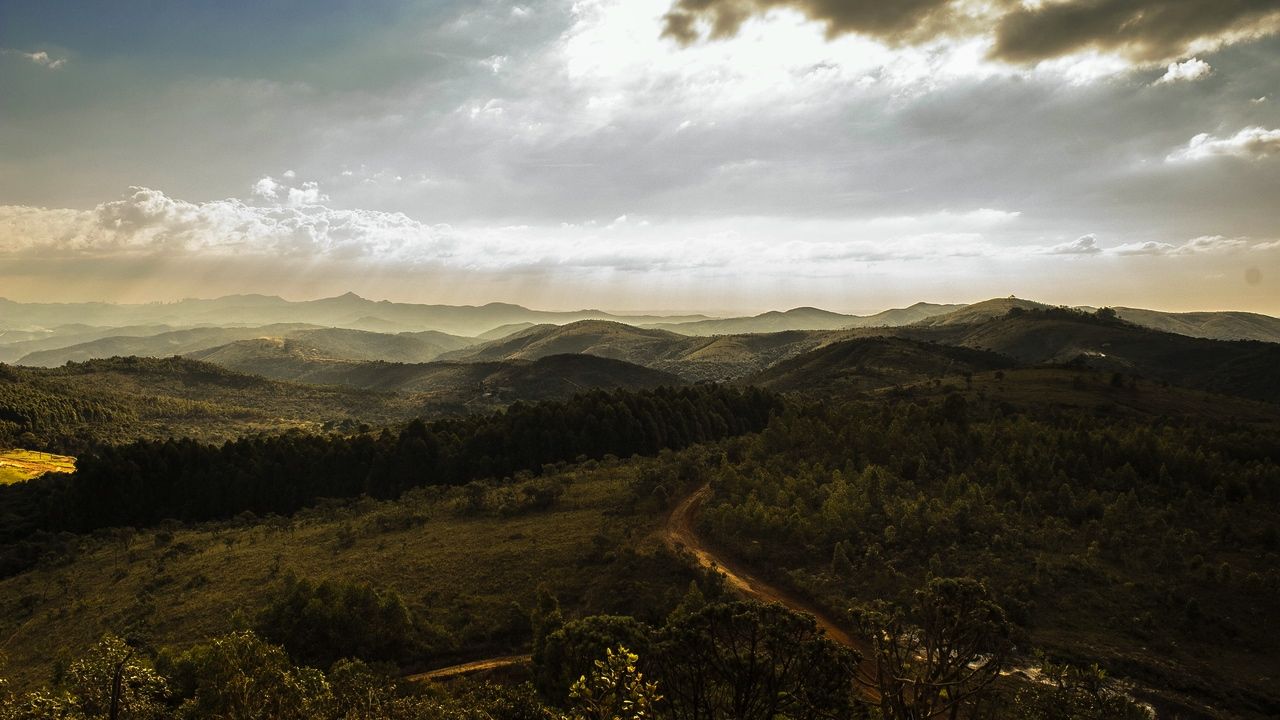 They found him up on the crest of a lonely peak in the old boondocks, nose to the ground, sniffing, taking his time; time being the thing he had aplenty. Time, and that expanse of green valley whenever he cared to consider it. See, out there you could’ve flung a rock and not had it hit the ground before the sun set. Your rock could’ve soared like a bird, skimming treetops, pretending to fly. You could’ve really dreamed out there. But on that day, them hunters just sorta stood. Stood on the hill crest and gawped at a hound they didn’t yet know.

Old Stanley was the fella that had saw him first. “Well, will you look at that?” he said to his companions, Stanley, Zachariah, Isaac and Dan, all with rifles hanging off their backs, straps at their necks. Not a shot fired between ‘em since Fall. Stan said it and sorta hummed.

At last, Isaac spat a gob of gooba on the ground and said, “Well damn, there’s the biggest thing we’ve seen all day.” He flexed his arms against a petrified tree trunk and pulled down the brim of his cap. “May as-well-a-head-on-back now.”

Dan laughed so hard his glass-eye near popped. He coughed and wheezed. What was so funny about four grown men stalking a… goodness-knows-what for the better part of an hour, only for the thrill of the chase to boil down to a dog in the brush with his tail twixt his legs, equivalent of what happened when you left a delicious soup simmering for too long and it just sort of vap’d out the window? He pushed the eye back into its socket with a subtle sweep of his finger and pretended to scratch at his temple. He’d had that thing since he was a boy, his real eye lost in an unfortunate game of ‘cowboys and injuns.’

“You crazy or summin’?” he said. “We haven’t walked but an inch of the map. Just because you reach the top of the stack don’t mean you’ve seen it all.”

“Nope,” Stanley cut across him with a voice thick like a steel cable, “Won’t be nothing to shoot with that dog scooting around. They’ll smell ‘im a mile off.”

“Or maybe,” Zach said, “maybe he’s a gun dog?” Zach was what they called The Law. The policeman that shot a dog named Tycho. Only they didn’t even know the dog’s name yet. They hadn’t even met him, not proper.

The group suddenly bristled at the thought of competing for the already slim pickin’s. Isaac hunched his shoulders, wondered who might be out there with them: one of them big-game professional sorts? The kind that don’t go indoors when the sky turns dark? The kind that don’t get led off on the trail of some mangey mutt. “What the heck’s he doing here on his own?”

“That’s what I’m saying—he’s not on his own,” Zach pulled the rifle off of his back and aimed it at a cluster of trees.

“What the Hell you gunning for?” Isaac said.

“There’s no one else here… And if there was, well, it’s just another hunter like us…”

“Maybe his owner got hurt or something?” said Dan

Zach scoffed and scratched his backside. “You ever heard a man who’d haul his mutt all the way to the middle of nowhere and just leave him? You want rid of a dog you just toss ‘im on the road. Or leave ‘im with your sister’s kids.”

NEXT CHAPTER: The Policeman Who Shot a Dog Named Tycho – Part Two