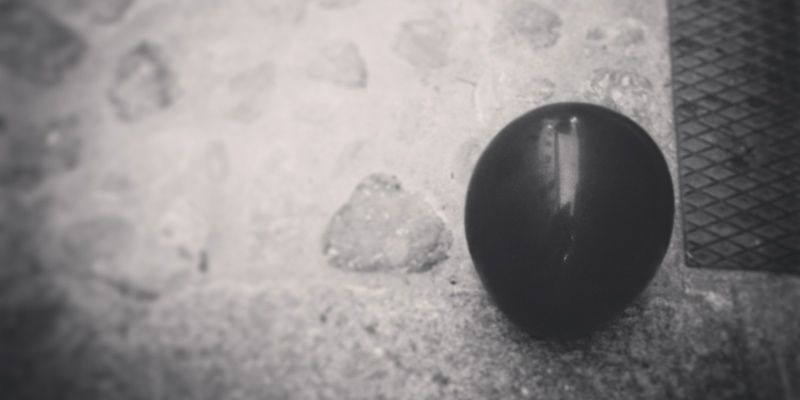 The man I knew as my father was an airplane mechanic with Boeing named Charleston-but everyone called him Chip. He was tall and paunchy and bald, with a perfect ring of black hair encircling a shiny sunburned head and glasses whose lenses were so thick, they made his eyes look like little specs on his face. Although it was difficult to see it from the person standing before me, photographs of him as a young man showed proof of an athletic past. He played football in High School; there he was, on page forty-two of the senior yearbook, Jersey number fifty-six, wearing huge shoulder pads and kneeling, with a helmet by his feet and a football in his hands, the sun in his face and no evidence of the glasses. The only sign of his profound myopia could be seen in the slightly unfocused look of his eyes and the fact that he wasn‘t gazing directly at the camera, but just slightly beyond it, and to the right. In another photograph, he was on a football field, chasing after a wide receiver who had a three yard advantage over him. “I never did catch that son of a bitch,” he said, laughing at the memory.

As an adult, he enjoyed watching football but loved baseball even more. Stan Musial was his hero. Chip would have played the sport but he was practically blind and couldn’t see the ball when it was hit towards him in the outfield and even less so when he was batting at the plate. “Even if the damn thing was thrown at my head,” he would say.

Like most working class young men- if you could call the crunching, Missouri-farm poverty in which he came from “working class,“ he entered the service. It was the only option in that era and he wasn‘t good enough to go to college on a football scholarship.

To get around the fact that his terrible vision rendered him ineligible to join, he memorized an eye chart at his high school nurse’s office. He was lucky that the same version was used at the examination hall at the local recruitment center. Despite being a terrible marksman, practically blind and probably too large to fit in the cockpit of a jet plane , Chip survived boot camp and entered the Air Force.

The Air Force was an odd choice. He wasn’t a “fly boy.” Had never even been on a plane, or even seen one up close. The nearest he got to one was at the movie theater in Jefferson city where he and his friends went to see World War One movies during Sunday matinees. Even then, he had to sit near the screen to get an idea of the shape of one. All his school buddies joined the Army, or the Marines and called him a sissy-boy. He didn’t care. “I wasn’t going to go dig trenches and have hand grenades hurled at me by Japs and Germans, ,” he said. “All those guys, the boys I went to school with, ended up fighting in Germany. Half of them are dead, and the other half either lost a limb or shit themselves every time there’s a thunderstorm or a car backfires.”

The one thing that he was really good at was fixing things, he could fix anything. In order to make a little bit of money while in high school, he repaired radios, rare in that time, and built shelves and fences and fixed plumbing, also rare. Once, when a local farmer’s tractor broke down, he told Chip to “have at it, see if you can fix the darn thing.” He buried his head in the ancient machine’s old engine and after a week, got it running again.

If the US military is good at anything, it is good at identifying the one thing that you might have an aptitude for, which they may then be able to exploit. It wasn’t long until they discovered that this amiable, lumbering, half blind man could fix anything. They sent him to special training and after courses in jet plane propulsion, aerodynamics and engineering, they soon had him repairing airplane engines. “Not rocket science,” he said. He met my mother and I (then barely a year old) while on leave, on the day that Japan attacked Pearl Harbor.

next: The Red Butterfly, Part Thirteen – He Looked Hungry, He Looked Happy

previous: The Red Butterfly, Part Eleven – A War Worth Fighting