The Red Butterfly, Part Eleven – A War Worth Fighting 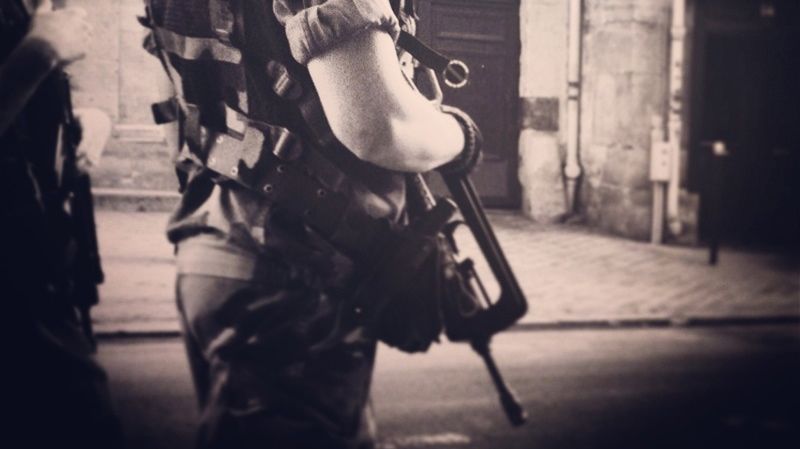 The music had begun. Anna kissed the old horse-faced man on both cheeks, then gave him a hug. She must know him, I thought. The Horse-faced man disappeared into the crowd that had gathered in a circle around a small table in the center of the room. Anna looked back at me. I managed a weak smile but it felt false, like a puppeteer lifting my cheeks with fishing wire. Her face was flushed and her eyes moist, I wondered what the old man said to her. Notes from the guitar arrived at my ears. “Olé, Paco, Olé!” someone shouted from the crowd. Augustín was studying my face.

“You are guessing, that is just a guess. You could not have possibly known that,” I said.

“Your father was a dynamiter.”

“I don’t want to hear this,” I yelled, “you’re full of shit!” A few people in the crown turned to stare at us, then turned away, the music continued.

“Your mother, her name is Maria.”

“My father died working with your father on a mission. It involved the Battle of Jarama, where your father fought. Not before my own father died on the bridge. It was a hopeless mission. I knew them, both of them. Your mother and I were the same age, maybe she was a little younger. And your father was a professor. I remember that. He did not look like a professor. In those days we thought of professors as being old men with spectacles and a pipa . But he said that he was. And we believed him.” said Augustín. He took another sip of his sherry. “We found this strange, we did not know many foreign professors fighting in the war. We heard of writers from England fighting in Barcelona with the POUM. But not of American professors fighting in Madrid and Segovia. Americans seemed uninterested and more concerned with their own affairs, and certainly your government did not want the Republic to win. They did not like our politics.”

“It was more complicated than that,“ I said. “I met some old guys, these old communists with very liberal politics, living in Brooklyn and California, at Berkeley and Detroit. One man lived on a boat in Michigan Lake and made paintings of the sea and of mountains and of explosions and said that it was Spain. I never understood why they came to fight a war in a country that was not their own. ‘That war did not involve us.’ I said. I did not understand why they would come here and risk their lives. But they all said that they didn‘t like the direction our country was going and so they came to Spain.”

“It is a beautiful country,” said Augustín.

“Yes, that’s true, but not beautiful enough to die for if you’re not from here.”

“In those days, people were much more idealistic. You have fought, haven’t you?”

“Did you think that was a war worth fighting.”

“At first I did, I did think it was worth fighting.”

“I suppose I changed my mind.”

We were silent for a while. Carlos was dancing flamenco in the center of the circle. He had a purple silk scarf flouncing around his neck and moved in an effete manner; he slithered around the room like a snake.

“Tell me Roberto, what did you think you were fighting for, when you were in Vietnam.”

“I’m not sure, I thought we were fighting for freedom.”

“Freedom, yes, Americans love that word. And then?”

“And then I realized that certain people, powerful people, they weren’t really interested in that. They didn’t care, they had other interests. And after a while, I didn’t know what I was fighting for at all. By then, I had been there a long time, I had spent almost my entire adult life in the military and in Vietnam. I had seen villages burned. I burned villages down, we shot children because we didn’t know if they were friend or enemy.”

“Sometimes, in war, enemy looks exactly like the friend.”

previous: The Red Butterfly, Part Ten – This Is Where He Died