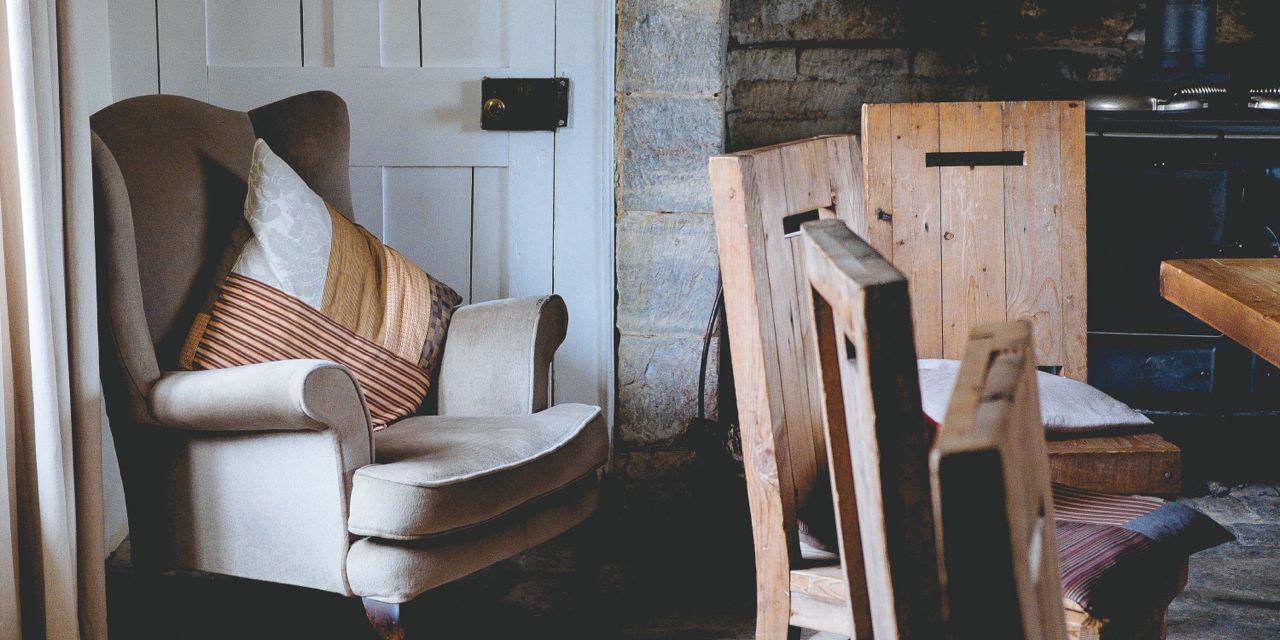 continued from part one

It was at least another hour-and-a-half before any of the other guests arrived. Seth had been puttering around the house mostly waiting for their inevitable arrival: adjusting and readjusting everything for the tenth time. The rain had picked up a bit, and Seth zoned out watching it for several minutes before he noticed the second car pulled up the long driveway.

He could see a man and a woman in the car, and Seth grinned from ear to ear upon seeing them both. Unlike his welcoming of Holly at the front door, Seth decided to grab an umbrella out of the front coat closet and help his guests inside out of the rain. He threw on his jacket, walked through the door, opened up his umbrella, onto the porch, down the stairs, and went on outside to greet them.

They parked the car about fifty feet from the house. It was starting to get dark and the thunder clouds didn’t help. Approaching the driver’s side, Seth wiped the rain from his face and tapped on the glass. The man behind the wheel lowered his window and looked up at Seth, who was looking at him, smiling.

“You must be Seth,” Philip said, looking at him with a cheeky grin. He suddenly moved his arm from the sill of the window, to the armrest trying not to let too much rain inside the car. He glanced at the woman in the passenger seat who was struggling to get a better look at the person speaking to her husband.

Seth didn’t answer but took this as an invitation to invade the couple’s space. He put his own arm on the armrest of their vehicle, leaned in over Philip, and said:

“Mr. and Mrs. Thomas, may I help you with your luggage?”

By the time the couple was inside the lounge and settled, Seth had already built a significant fire in the fireplace for the three of them to warm themselves. Their bags had been brought up to their room, and he re-entered the seating area with a fresh batch of tea to serve his guests. Matt hadn’t shown face yet, and Holly was still resting. Seth was great at studying people and understanding them. He knew avoiding getting drilled with questions about his and Matt’s relationship would require constant questioning of the two of them on his end to deflect the attention away from himself.

“The drive outside of town wasn’t too rough?” Seth asked.

“Yeah, like I am just hoping the rain doesn’t play havoc on the road out here,” he responded.

He interrupted her: “Wait Alexis, before you get into that, I just would love to ask you first thing what it is like being a teacher? I have to know.”

Though it seemed like a queer question to ask, Seth’s strategy was that if he could keep the two of them talking long enough, he wouldn’t have to stand the sole vigilant soldier on the affront to his personal life.

Though Matt had kept them hidden away, Seth, a few weeks prior, went digging through his stuff and found Matt’s old yearbooks. He had studied the faces and pictures of the six people coming for the days leading up to this moment. But how well did he know people he never even met? Before him sat Alexis and Philip Thomas: the only other married couple in the entire group other than Seth and Matt. But what did he know about them?

He actually knew a fair bit about Philip. Matt had had a small crush on Philip back in high school. He even went as far as telling Seth he had thought back then that Philip might be gay. Philip was very attractive, then and now. If you could look up playboy in the dictionary, Philip’s face would be there next to the definition. He was probably a good 6’1″, with brown JFK hair and a million dollar smile to go with it. A stockbroker in St. Louis, he had soft hazel eyes that often changed, depending on his mood, but a certain “don’t fuck with me, fellas” about his disposition. Seth knew that Philip was notorious for being the macho asshole in high school. Maybe his overproduced masculinity was trying to conceal homosexual tendencies? So he was a bit nervous sitting across from him, considering how much Philip also oozed of suaveness.

Alexis, Philip’s beautiful wife, helped complete the perfect pair. The first African American Student Council president of their high school, she was also crowned prom queen alongside Philip who was voted prom king. She was stunning: milk chocolate skin, amber eyes, and a sultry voice that could melt the hearts of men. The mixed race couple dated throughout high school and married shortly thereafter. Though without any children of their own, Alexis loved her line of work: being a grade school teacher, and working with kids. She was, even then, the epitome of high school royalty: still stunning and glamorous.

Before Alexis and Philip could drill him any further, headlights shined through the window to let Seth and the two know that another guest had made it through the rain and arrived.

Seth excused himself from the lounge and headed towards the front door, glancing up at the stairs as he passed by. He thought:

“Is Matt coming down? Or do I have to handle this whole circus on my own?”

Seth grabbed his umbrella out of the closet and this time wasn’t so happy about again jumping out in the pouring rain. However, it did occur to him when he got outside that he could use a breath of fresh air after all the smothering from Philip and Alexis.

It was Paul, the class treasurer and editor of the yearbook, who had arrived. The pair introduced themselves to one another and Seth offered to carry his bag; to which Paul was obliged. Seth took note of how small of a suitcase it was, thinking that Paul must’ve been either really cheap on paying for checked luggage or he wasn’t planning on staying around very long. He also insisted on being taken straight up to his room to change, which Seth also found a little odd, but not strange enough to dwell on it. Paul seemed to deeply scan the room, as if looking for secret passages or hidden closets. Seth hesitated at the door and just sort of watched him circle his eyes around the room.

The two walked down together, but by the time the guys had reached the foot of the stairs, Holly leaned over the banister from the second level and shouted down: “Did I hear Paul? (She smiled upon seeing him) Hello Paul darling!”

Holly scampered down the stairs and flung her arms around Paul who also seemed very glad to see her. “You’re the only voice of reason around here.” She said to him.

She threw her right arm through his arm and made him escort her to the living room area with Seth sheepishly trailing behind them. He looked at the pair, Holly and Paul, and thought he hadn’t seen an odder coupling. Holly was this ravishing beauty and Paul was, well, what you would assume your high school class treasurer would look like after twenty years. Despite the fact that he was now a photojournalist for a New York news agency, Paul could have also passed for a nineteen-seventies banker. He wore an almost ill fitted brown suit with no tie–it was probably from his younger days and no longer fitted him properly– and a baby blue dress shirt underneath. He was balding in his monk spot and had severe receding hairline in the front, as well. Probably thirty pounds overweight, he wore tortoiseshell glasses that made his baby face seem even younger than it was. He was constantly trying to fix his brown hair and move it around his head to conceal his hair loss, to no avail.

Holly, Paul, Alexis, and Philip all greeted each other warmly, each complementing one another on how little they had changed, knowing full and well each of them had changed. Seth stood in the doorway looking at them, smiling. He remembered Matt, frowned, and thought to himself:

And just like that, there was his husband right where Seth had wished him to be: descending the staircase.

“Hey babe,” he called over to Matt. The others in the lounge stopped talking because Holly was being nosey, overheard them, and shushed everyone. She got up from her seat and so did Alexis, looking forward to laying eyes on their long-lost classmate. When both ladies exited the room and spied Matt from across the hall, they smiled at their friend.

“Well, aren’t you just like Madonna or Parker Posey in Party Girl  walking down the staircase like that!” Alexis said to Matt, approaching him and giving him a big hug.

“You haven’t changed a day,” Matt said, grabbing her by her hands and really giving her a looking over.

“Neither have you, Matthew,” Holly observed, patiently waiting her turn for Matt to give her due attention, too.

“And what do I look like? Chopped liver?” Alexis asked jokingly, hinting of a bit of resentment.

“You look like a billion dollars!” Matt said and grinned from ear to ear. He was very happy to see them both.

He was more formal with Philip and Paul, shaking each of their hands and giving them the macho pat on the opposite shoulder.

“Gentlemen, I haven’t seen you in ages.”

The three guys started to catch up but a clap of thunder stopped everyone short. The lights flicked.

“Opa!” Seth yelled, making a few of them laugh.

“What isn’t a bit of excitement for the night, eh?” Matt asked rhetorically.

next: Reunion of Death – Part Three

previous: Reunion of Death – Part One