Blessed Light Of Day – Part One 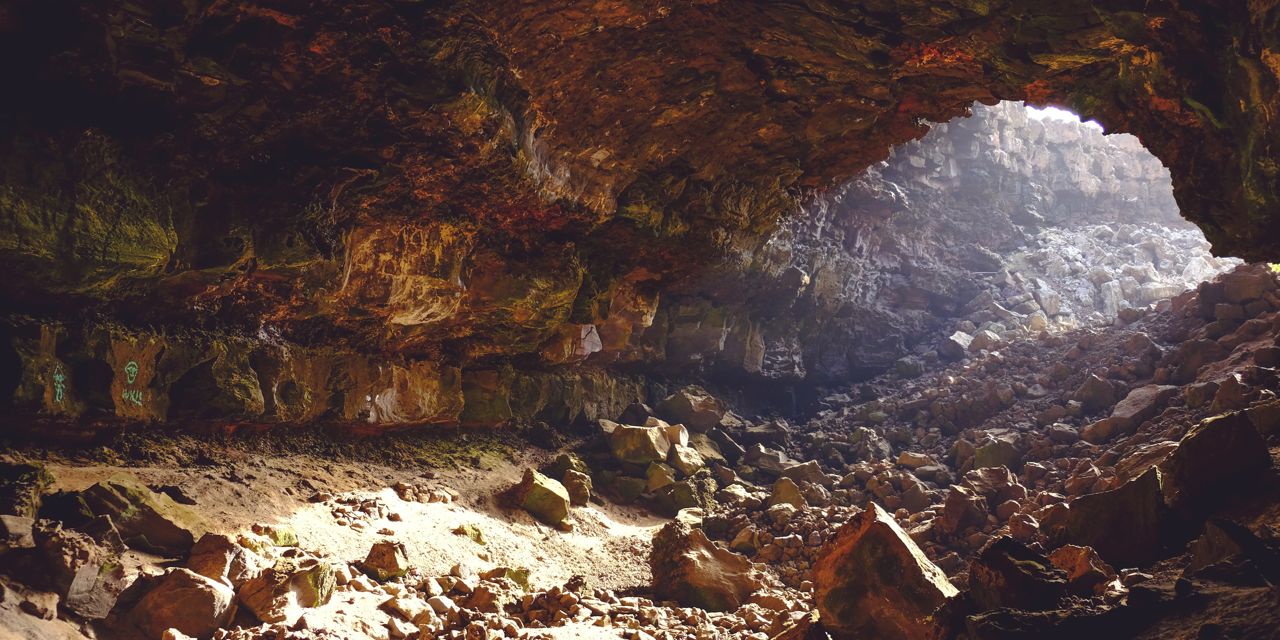 I looked down the narrow shaft and already dreaded the journey ahead. A gentle wind whistled through the holes and passages below, and the moonlight only penetrated through a few surface-level cracks. Our way into the subterranean depths was a small opening into the rock, at the bottom of a looming, unexplored mountain. Our four-person team prepared their bags and flashlights, double-checked our location, and then headed on down the passage.

We were sent to South America to explore a remote system of caves that natives had been describing in great fascination. A report into the geography of the landscape influencing tribal legends and myths had been put forward: after a few adjustments here and there, the university supplied us with funding. I was part of the research team, primarily investigating any language or tribal art we might find. Two of my colleagues also were researchers, and the last member was the geographer, helping us trek through the Bolivian jungle and navigate through the cave systems.

Upon entering the opening, we immediately noticed a faint, foul smell that permeated through the air. The first passage continued at a steady slope downward, interspersed with tight crannies that we had to traverse through. The rock was coarse and gravelly, rubbing on our skin and making crawling through the spaces difficult at best. Darkness surrounded us the entire journey. Only our flashlights provided any relief from the blackness. We carried on into the caves for an hour, with no signs of any previous inhabitants. After a particularly grueling tight part, my colleague up ahead shouted to us, “Follow my voice! I’ve found something in the rock, just get to me as fast as you can!”

We all assembled around him and he soon showed us the finding. Etched into the wall was a series of perfectly carved straight lines intersected into a complex pattern of swirls and rings, the numerous scrawls and scratchings of a language running alongside the chiseled surface. It exuded an excited yet unknown feeling within me, and as I saw the faces of my colleagues, they seemed to feel the same. I examined the writings for some time but could not match the language with anything I had seen in the area. I concluded the markings were indecipherable for the moment, and made some charcoal rubbings off the wall. This discovery changed our tired disposition, and we all asked each other questions and opinions into what this could possibly mean. A new dialect, perhaps? Just a piece of elaborate graffiti to throw us off? We staved the musings off our minds for the next half hour and continued deep down into the passages.

We were about halfway through according to our maps and navigation, but the caves still dug down into the earth. A mildew stench made the air heavy, and the increasing feeling of claustrophobia made the journey a struggle. Forced to contort ourselves to fit through and continue, we became exhausted. We pushed ourselves to continue, however; still eager in spirit to find whatever was waiting in the depths. I started dearly missing the sunlight, and I became weary of the surrounding darkness. As our flashlights shot through the black, looming shadows danced on the walls, with stalactites and stalagmites seemingly reaching out toward us. We soon came upon a thin passage which was only passable by crawling; it was our only way forward. I let two of the researchers go first and I let the geographer lead from behind. Five minutes passed, mainly composed of heavy breathing and slowly shuffling forward on our elbows in complete darkness. The two researchers finally crawled out the end, flicked on their lights, and helped me out. We all stank of sweat and our breathing made the air stuffy, but we were intact. While we got our breathes back, we waited for the geographer.

A minute passed. No sounds came from inside. We called out, and no response came back, except for the empty echoes of our voices. We peered in with our flashlights, searching for any sign of him, and soon found the source of his disappearance. A circular, endlessly dark hole had somehow opened up underneath the navigator without anyone noticing, swallowing him into an unknown lower chamber. Still no response was heard, even after more shouting and worried name-calling. Suddenly, a deafeningly sharp growl erupted from within, making us all scream in terror and crawl on the floor, the light from the flashlights swinging wildly. A feeling of animalistic inferiority and an indescribable fear washed over me as the roar shook the rock around us. A bloody swollen arm reached out of the hole, yellow pus oozing out of it’s pale skin. The arm, as it slowly slid out, seemed to be attached to an even more disgusting yet indescribable body; I glanced at it, and I regrettably witnessed multiple horrific appendages seared into its blistering skin. The fear and strange animalistic waves of emotions infiltrated into my feeble mind, and my only instinct was to escape and tear myself away from seeing the sight that was before us. My body followed these orders without any single thought, and I ran into the darkness.