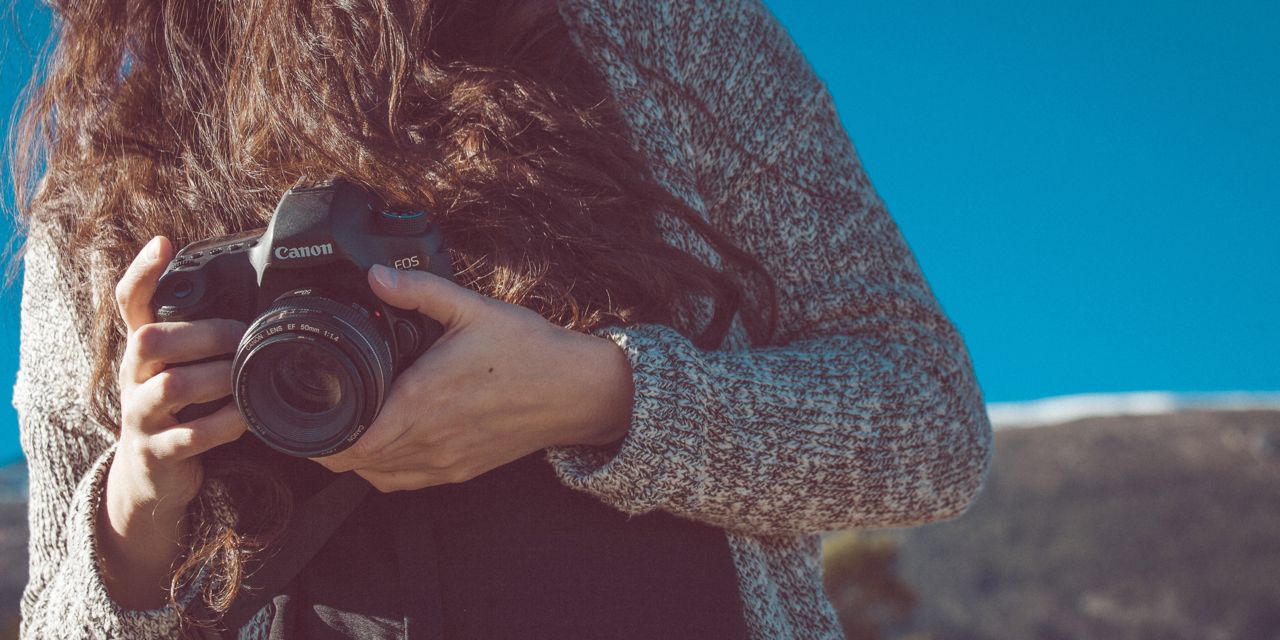 He sat in the creaky, carved-up desk working up the courage to go talk to her. He had been staring at her all semester from that tiny, vandalized chair, but still hadn’t spoken to her. It was now or never. He stood up while she was saying goodbye to the other students as they were leaving the lecture hall for the last time. She was wearing her camera around her neck. He had seen her around campus; she didn’t just do that because she was the photography TA, she loved her camera.

He felt like she could see his heart beating against his sternum with her beautiful eyes as he approached her. She had eyes that, while he looked into them, became his most valuable possessions. Looking into them, they occupied his soul and his desires and she became the most important thing in his world. And he would do anything for her eyes to look at him the same way.

He smiled but before he could say anything her camera shot up from her chest and took his picture. He laughed, “What was that?”

Her face was overcome with a playful smile. “I like to take pictures of beautiful things.”

The sand was cool now on his feet as the sun poured its colors across the horizon. He made footprints into the pink-tinted sand when he realized her footsteps had stopped. Her turned around to see her staring at the beauty hanging over the waves, her camera dangling from her neck. She didn’t touch it. She only stared at the reds and pinks and yellows, enthralled. He raised his camera and took a picture of her deep gaze.

The light was bright through the window and onto their white apartment walls. He felt her look up from her book on the bed next to him. He looked over at her goofy grin. “What?” She shook her head and smiled. “Nothing.” She went back to her book with her lips pressed together in a smirk. He leaned his head on her shoulder and went back to his.

He was finishing up cooking dinner when he heard her come in. He had hoped to have dinner ready before she got home from work. He yelled to the other room. “Almost done, honey.” His yells were quieted by soft hands wrapping around his chest and her face resting on his back. He didn’t move. He just let her hold him standing there in front of the stove.

Together they watched the chaos in front of them from under the cover of the market. Motorbikes weaved in and out with seemingly no regard for human life. The horns’ incessant honks and the buzz in the air were as foreign as the markings on the buildings and billboards. The smell in the air was of foods they had never smelt before. They looked at each other with identical looks of overwhelmed disbelief. Towering over everyone around them, they began to laugh. They laughed together under the market until the hum wasn’t foreign. She lifted her camera and captured the chaos.

The sound of muffled sobbing woke him. He turned to see an empty bed beside him. He stood and walked down the hall of their house and saw her sitting at the top of the stairs weeping. Her head was in her hands to hide the tears streaming down. He sat down next to her and held her in his arms. He held her until the sun came up.

With the puppy in his arms, he came into the room and woke her up. She yelped and covered her mouth. She grabbed the little ball of fluff and held it close to her. She looked up at him and he gave her a kiss. “Happy birthday.”

She peaked over at him cross-legged on the couch under the blanket in the dark, focused on the fates of movie characters on the TV. The killer sprung out and he jumped. She smiled to herself. He wouldn’t let anyone else see him like this. She turned back to the movie under her blanket with Kooper curled up on her lap and kept eating her popcorn.

“What the fuck were you thinking?” Her voice forced its way through the entire house.

He snapped back at her with more intensity. “Why is it my fault? I can’t read minds. It’s not my fault you don’t communicate.”

“Oh ya? How’s this for not communicating?” She went back to her dinner and didn’t say a word. The forks scraping along the plates were as loud as the horns of the Malaysian motorbikes in the quiet house. Dinner crept along in the silence. He grabbed his last pea and flung it at her with his fork. It landed in her graying hair and fell onto her plate. Her smile betrayed the tough face she had been trying to put on and she started laughing. “You’re the worst.” He laughed with her.

He walked into the bedroom to ask her what she wanted for dinner and saw that she had fallen asleep reading her book with Kooper curled up next to her. He didn’t say anything and placed her book on the nightstand. He gently pulled the covers onto her and let her sleep and the old dog sleep.

Together they looked at the decades of photographs they had taken. “This one is my favorite picture of you. You could always see the beauty that everyone else overlooked and took for granted. You’re lost in it.”

“I guess that’s why I was the only girl who went for you then, huh?” She smiled her stupid smile waiting for a response.

He laughed with her. “You never did grow up, though.”

The old couple walked slowly together when he grabbed her camera from around her neck. He smiled at her. “I like to take pictures of beautiful things.” He pointed the camera at her and she smiled back at him. Before he could take the picture, he lowered the camera and looked at her eyes. They looked at him like he was the most important thing in her world, just as they had for all these years. He smiled and didn’t look away.