The Baker, The Butcher and The Brewer, Part One: The Baker 5 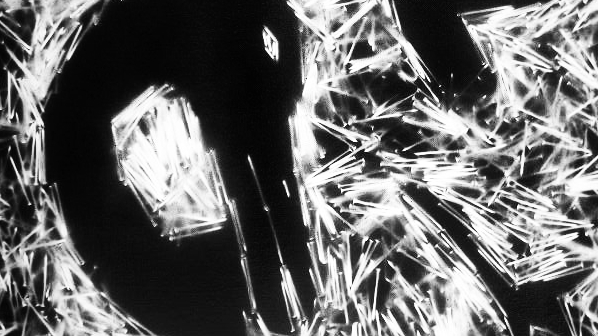 Once he emerged from debauchery at first he thought little of himself, he felt weak. He began to believe that his father is weaker than the Pipe and he was weaker than both. The richer their family became the easier life became so the weaker the character of the next generation grew. It seemed only natural. The longer he stayed sober the more his dormant mind started coming back and one day he remembered the story the Pipe used to tell him. He reminded him about it in one of their staring sessions on the garden table. The Pipe smiled and said that he had to go through a lot to realize that his pipe was his only friend.

Anton asked him how did it feel to not be able to do the things that he did when he was young. He would never forget what he told him.

‘Only constipated fools, like the dog chasing its tail, worship young age and wish to stay in it. If you do, you are going against one of the very basic laws of nature. It’s like being constipated, really. Men of culture, intellect and greatness are quickly tired of the simple basic pleasures of life, which are the stamps of vigorous young age. There is a lot more to life than women, wine and adrenalin. There is power, places, people and breath taking views. There is the moving kindness to cherish and the brutal evil to fight. Leaving the shortsighted youth is not a curse it’s merely moving into the next world. The way the world is governed, the strong minded that rule want to keep the rest manageable by giving them the childish pleasures to worship thus blinding them. Just enough freedom to drown in it. And that is how the world works. That is not to say you should be on the extreme. For the ride on the edge of the wave is a short one.’

Anton seldom said anything, he just watched him puffing out clouds of smoke. He understood, he knew that it was a lot to digest so he took everything in and turned it around in his head. He left the garden and went in to create a canvas based on his words. His interpretation of the world as seen through the pipe’s old eyes. He often spent hours mixing colors and the whole night painting. His mind restless with the brutal facts of life. Was it hopeless and unchangeable, unmovable, un-everything good. Was there no way the world can live in peace and equality. Even when a random shining star shot up from the slums and reached the higher layers of society it rarely looked back. And even if it did look back there were a thousand others like it that didn’t. In the morning he stood in front of what became his greatest masterpiece. He came up with a name inspired by the same deduction that prompted him to paint it. But! The world nicknamed it, the ‘pink rhino’, it stuck.

He was deeply moved and depressed by its meaning. He didn’t want to convey a negative message. He picked a bottle of wine and walked to the garden where the pipe was already finishing breakfast and staffing a fresh pipe with sticky tobacco.

‘Wine in the morning!’ He said evenly. ‘Are we celebrating something?’

It occurred to Anton that he never drunk for cheer any more but merely to make the world shut up.

‘I am loosing…’ He started.

‘If everybody won, winning wouldn’t mean anything to anybody. People cherish it because it is rare.’

For every man in a boat there were ten men in the water. Winning was a habit, was it not! He was crumbling like a loaf of old bread. He pictured himself waiting in line in front of a counter. A fat lady was handing every man three items. He was given an avocado, an ice pick and a snorkel and had to build his future with them.

The more sober he got the less focused he became. His mind became sharper but more distracted by everything around him. Before, he used to find inspiration inside without any interaction with the outside world. Now, he lost the connection with his inner self and the only way to be inspired was from the environment. He accepted that as a natural transition of age and wisdom coming with it. He never thought of himself as an artist or anything of the sort. On the contrary he thought he was done with his idle bohemian life and he was ready to join society and succeed in it.

Due to his family’s connections he had been riding a fast moving train but at the same time he had been running from the first car to the last with all his strength. Performing that exercise technically had kept him in the same spot for a long time. That is how he thought about it then. He later realized that the fast train was taking him in the wrong direction and his heart and legs were fighting back. He came to that conclusion after his first attempt at working in a field that was safe with room for growth, office, copy machines, and caffeine. His first shot at what is known as normal path in life showed him that he was nowhere near normal.

The Pipe convinced him to give it a try, in one of their garden chats. ‘Nothing to loose!’ He said. ‘Just do it for fun, even. You can only gain from that employment opportunity. Gain human interaction with actual working people with basic financial problems, alcoholics, drug abusers, parents and so on.’ The Pipe narrated. The young artist finally yielded.

next chapter: THE BAKER 6