The Baker, The Butcher and The Brewer, Part One: The Baker 3 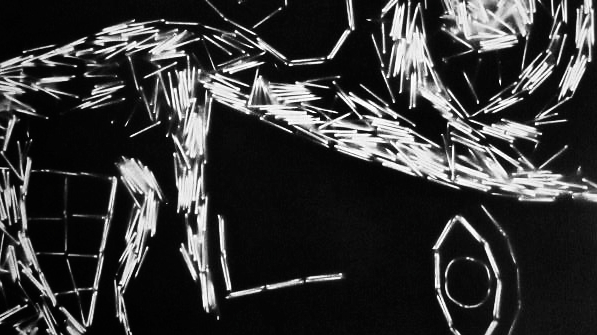 He was named Anton. Not after anyone in his family. His kin started in the fires of war and peace that ravaged Eastern Europe. His grandfather fled to the New World. He was the one who insisted on the name, Anton. After a great man of the nomads that came to Eastern Europe from Asia. They fought for centuries for the right to own the land soaked in blood. First they fought the native Thracian tribes until they absorbed them, then they fought the centralized Byzantine Empire. After they settled they had to fend off the land from the new arrivals. Fierce Germanic nomads kept the borders hot and constantly shifting.

The grandfather was fond of history. The story of Anton was his favorite tool to trickle wisdom to the next generation. Anton was a humble worrier who took initiative to go to study in Constantinople in one of the greatest Byzantine schools. That was in the times of peace between the two kingdoms. He studied keenly and returned educated in mathematics, astronomy, literature, physics, geology, the art of war. He possessed to the best of his abilities the wisdom of the world in his time. A time when scholars were uncommon and misunderstood.

The general population was numbly ignorant. Anton returned as wise as a king. He was quickly adopted in the circles of the King. He learned the ways of politics that old books could not teach firsthand by cunning men. As the years went by Anton kept on the edge of politics following a few golden principals. Never become a slave of wine and never let himself fall into a situation from which he couldn’t talk his way out of. Fate was kind to him and brought times of rapid radical changes. The conservative old King didn’t have the knowledge and progressive vision to foresee the inevitable turn the world was about to take. His sons were too busy fighting amongst each other. Unrest took a grip with unstoppable momentum and soon the kingdom was burning and dividing into tribes. The only person that the people could see as a leader capable of uniting them was Anton. The righteous young politician crafted the future of Europe into a cultural, economical and political center of the world. (That bit was poetically invented by the grandfather. Historically the young regent and his family were slaughtered two years later by the heads of the dominant families and the world kept spinning.)

The grandfather told Anton that story when he was little. He swore it was as true as the sunrise. Anton never dug into history books to find out. It didn’t matter. When he first heard it he was so little that the magic of it kept his mind keen for weeks. He believed this story formed the backbone of his decision making process. Decisions that always guided him in front of the blank canvas, dubbed life. The morals of it were deeply rooted inside him since childhood. The story was his religion.

Child discipline and motivation was not his grandfather’s only contribution to the family’s well being. He worked hard from the day he landed in the city to the day his legs gave up. He came to the New World with his wife. Without her he was as lost as the next sailor. He worked hard manual labor at the harbor for years while she was raising their three children. She was in the background but she was the engine of the family. She cooked three course meals, three times a day without fail, with a smile on her face. She brewed tea for every meal and squeezed fresh fruit juices for every breakfast. She wouldn’t leave the table until they consume every piece of vital nutrient they needed.

With that in mind, the grandfather was able to focus on succeeding. And succeeding is what he did. He supplied his family with a roof and food. He didn’t drink a penny away, even though the contrary was customary in his circles. Everything that he made extra he invested. Sometimes he lost on his bet on companies that failed. His mistakes he turned into lessons. For the most part his investments became more and more successful and profitable. Soon he didn’t have to work hard manual labor any longer. He could spend time researching his investments with great detail. He moved his family to a bigger house and he explored the golden years of capitalism.

next chapter: THE BAKER 4