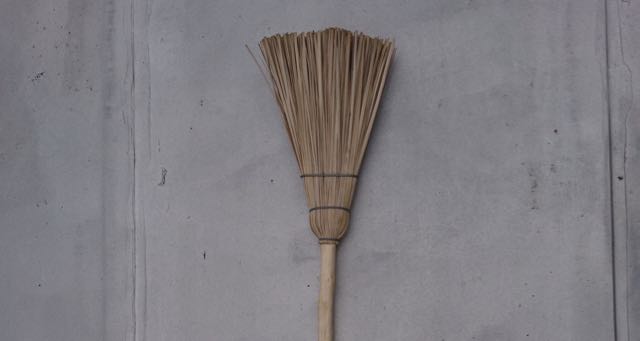 The broom rests against the vinyl siding adjacent to the storm door. Its yellow bristles scatter out like unkempt hair from one side. A black foam guard overlays a gray plastic staff. Mira steps outside, chattering with her sister overseas. She sweeps curled, yellowing maple leaves on-handed as she converses about God-knows-what in Portuguese. Even though the sun hasn’t set, crickets sing as a passing train and highway traffic drone on. She finishes sweeping, then heads inside.

Our friend M. once left her broom next to her back door. Her army-wife neighbors told her that is what military spouses do when their “backdoor man” is in!

I’m confident I don’t have that problem.