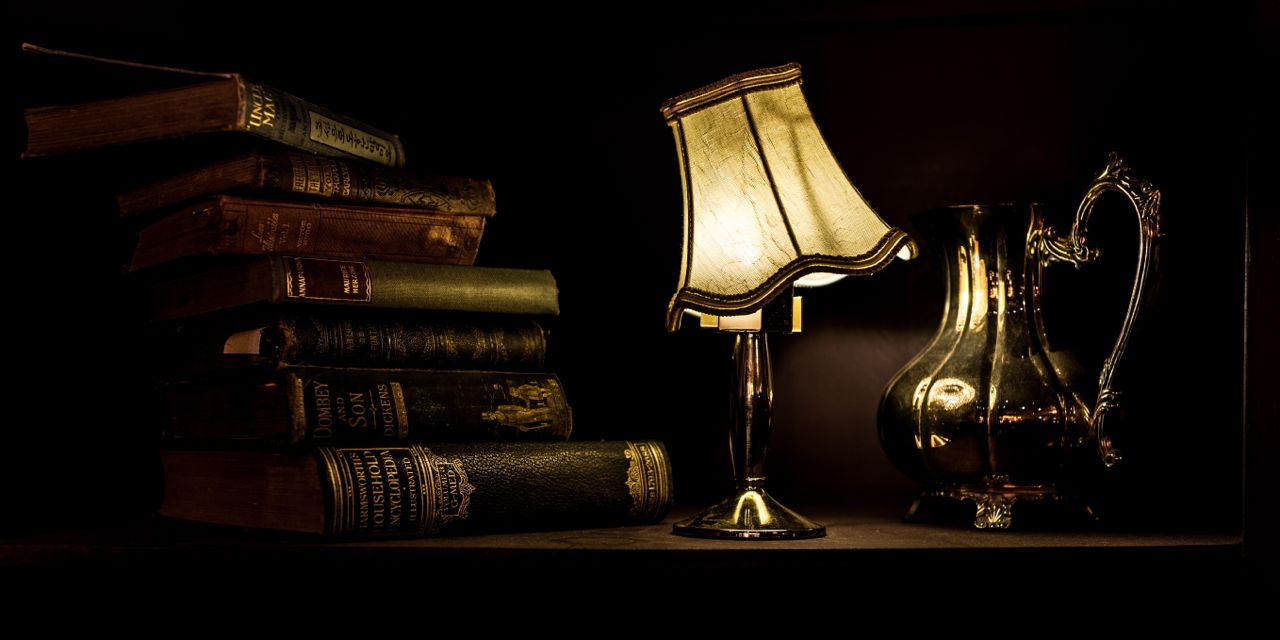 By the time Jennifer reached the metal stairs, she felt she had aged a hundred years. Something undefinable had been lost from one end of the room to the other. A clawing absence ate away inside her chest and her mind was buzzing and numb. She hadn’t let go of the pipe, but it dangled weakly from her fingers. She walked to the stairs like she was being pulled along by a hook in her mouth.

Before reaching the rusty ladder, a point of light appeared on her left. Her attention snapped toward it, starved for light and warmth. A single candle was lit on a wooden table nearly ten feet away. Regaining just a small piece of her senses, Jennifer plodded over to investigate. The candle was one of five and the only one still lit. On the table sat the severed head of a young man, mid-twenties, in the middle of a pentagram of salt. Between the lines of salt, more intricate runes and symbols were drawn in red wax, forming a rough connection between the candles. As she stared blankly at the table, the head opened his eyes. They were an earthy shade of green, flecked with brown. They looked into Jennifer’s own, not mindless, but pleading.

He softly whispered, “I want to go home.”

She stood immobile. The candle on the table flickered under her faint breathing. The flame quietly went out while leaving a single tail of smoke to rise silently in the air.

In one motion, without hesitation, Jennifer raised the heavy pipe in the air and brought it down as hard as she could on the head. The table legs skidded against the heavy blow, kicking up dust. The head had split down the middle with a loud crunch, splashing fresh blood against Jennifer’s face. She wrenched the pipe from the caved skull and struck again. Two of the candles fell to the floor. What salt was left on the table had turned a light pink. She pulled it free and brought it down again. Then again. Then again. Sweat and blood became indistinguishable against her face as Jennifer clubbed the head over and over again, leaving little more than a puddle of gore and a stain. She only stopped once she realized she was simply hitting the table.

She let the pipe fall to the ground with a thick, metallic ‘clang.’ It would have rolled away, but blood and pieces of hair kept it stuck in place. Her expression remained as stone, but silent tears cut dual streaks in the blood painted against her cheeks. Jennifer hooked her fingers underneath the table and flipped it over, spilling the salt and candles across the floor.

As she turned and made toward the ladder, she ignored the stained pipe at her feet. It was unnecessary. Jennifer would simply tear Alex apart with her bare hands.

The three flights of stairs ended at a metal door that came open like a tin can under the force of Jennifer’s foot. She didn’t check to see if it was locked, but it certainly wasn’t anymore. For a moment, the light of homey lamps and light bulbs seemed brighter than the surface of the sun. Discolored splotches floated across her vision and she was forced to rub her eyes in order to see past them.

The sight of a normal room was more alien than anything else, that day. While relatively spartan in decorations, the room possessed a small bed in the corner, a chemical toilet, a wide bowl sitting atop packages of bottled water, and even a small camping stove that sat on a shelf above a purring gas generator. The walls were lined in bookshelves, some of them bought, some assembled, and some constructed out of scrap material screwed into the walls. A reading desk sat against the wall behind a worn computer chair, where even more books cluttered its surface. There was even a small television and computer sitting on a nightstand next to the bed.

The only thing the room didn’t have was Alex.

Jennifer walked inside like she was entering a crime scene. She kept her arms rigid at her sides and controlled her movements carefully. While she pondered at the dark and ancient tomes written in old languages, she was more taken aback by the occasional copy of something as contemporary as A Million Little Pieces or The Great Gatsby. Aside from a couple books that looked far older than the United States, most of what she found wouldn’t be out-of-place in anyone’s personal library. There was even a dog-eared copy of The Hunger Games lying on the nightstand.

She approached the desk and gently pushed aside the old chair. Piled on its surface were more esoteric volumes. Books written by names that began with ‘The,’ loosely-bound folders of yellow and fragile pages, religious texts in their original languages (including at least three Bibles), and a fat, bookmarked paperback titled Embalming and Preservation Techniques.

Leaving the top of the desk alone, she began to gingerly open the drawers on either side, out of both curiosity and necessity. Immediately in the top drawer, she found something much more interesting than a bloodied pipe, so she quickly pocketed it and continued to search. Aside from her initial discovery, she found nothing much beyond normal office supplies.

Standing up, Jennifer nearly leapt out of the window once she saw a figure standing in the corner of the room. But the sight of a corpse, at that point, was of no more significance than a rat. The fact that it didn’t move or look at her was a relief. The body wasn’t standing, as she had thought. It was instead hanging on the wall by a thick hook buried into its spine. Its entire chest cavity had been vivisected, gutted, and drained of blood. Underneath its sternum was a small, black port for some kind of battery. A wire, from the back of the port, let up the interior wall, through the rib cage, and disappeared into the underside of the neck. She followed the wire up until she looked the body in the face. Its right eye had been removed; in its place was a camera lens, small enough to fit into the socket while of high-enough quality to justify its size.

“We used to have to pluck out an eye to make one of those.”

next: Cupcakes and Fingernails – Part Nineteen