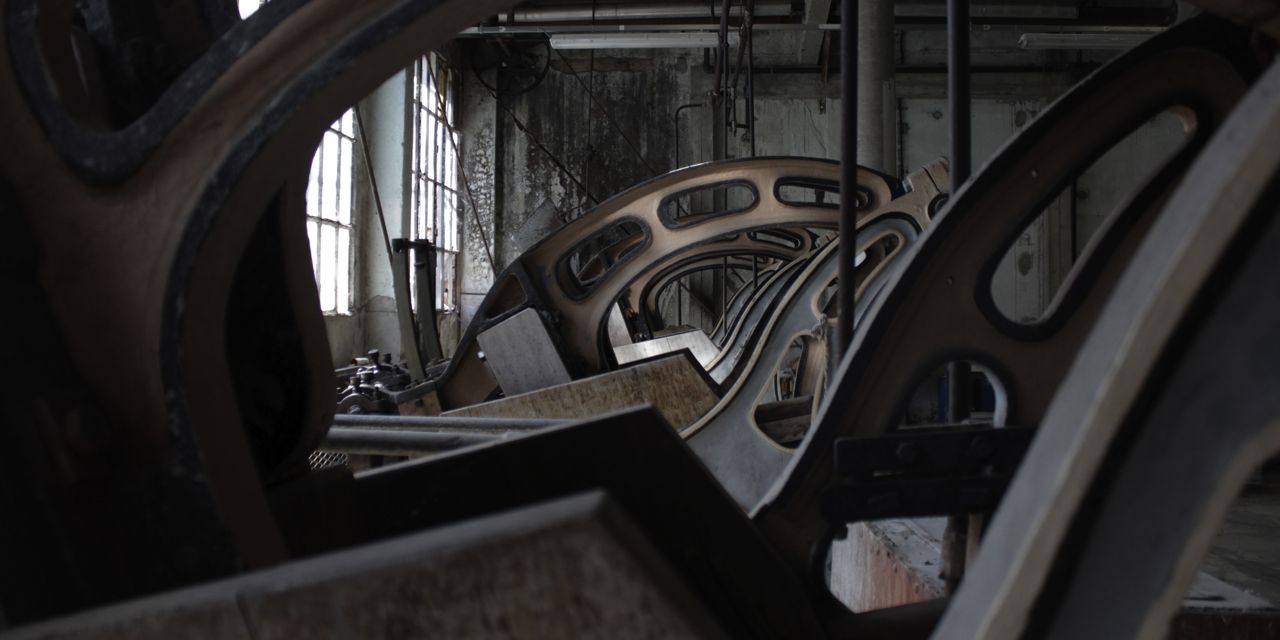 Jennifer nearly screamed, but instead stumbled over her feet while trying to jump away. She rolled backward over her back, but was somehow on her feet again within a second. The man’s teeth had been pulled from his gums, his tongue removed, and a third eye wired in its place. He kept his lips constantly puckered around it, like he was trying to blow a grotesque bubble. The eye, however, wasn’t his only alteration. Lifting his arms, Jennifer saw that the man’s hands had been severed at the wrists and another set of biceps, elbows, forearms, and hands had been attached to the ends. Even his fingers had been extended, giving them extra joints to curl inwards like a dead spider.

She had backed away to nearly six or seven feet, but was still easily within the corpse’s grasp. She picked up the nearest object she could get her hands on, a broken slab of concrete, and hurled it into his chest. He stumbled back, lips making a sickeningly wet puckering sound as he blinked his makeshift eyelid. Drool, pooled on his bottom lip, was launched skyward as his head snapped backward from the force of the blow. Somehow, the corpse didn’t fall. His body fell to a 45 degree angle to the floor before his enormously long arms grabbed the fire escape above and pulled him upright.

By that point, Jennifer was already running in the other direction. She heard, but made sure not to look at, the sound of the corpse’s arms dragging across the ground behind it as he gained on her. He made more sucking and slurping sounds and mindlessly gargled on the saliva pooled around his eye. Jennifer, nearing closer and closer to the approaching wall, spied a small, thick pipe that had become dislodged from the bathroom plumbing, somehow making its way outside. She used her momentum to slide across the ground, dimly recalling her lone softball season, and snatched the pipe before rolling back to her feet.

Instead of fighting, she opted to stay as far away from the slurping monstrosity as physically possible. Jennifer turned on a dime to her left and sprinted behind some of the machines against the wall. Only once she was completely hidden behind the equipment did she stop to turn around. Instead of pursuing her, the corpse stared straight into the bathroom she had just narrowly avoided skidding into.

Jennifer held just as still, her muscles beginning to shake from crouching in the darkness. The corpse blinked mindlessly, drool dribbling to the floor between his feet as his eye squelched around his mouth. He gazed into the abyss, which may or may not have gazed back, with empty eyes like a lizard’s. After a time, he simply turned around and plodded awkwardly off in the direction he came, his skinless knuckles dragging across the ground.

Sighing, Jennifer slumped against the wall and slid down to a crouch. Careful to keep her pipe weapon from making noise, she sidled further behind the machinery, deeper into the welcoming shadows. There was little point in being scared of the dark. All the monsters were on the outside. She shuffled and crawled, sometimes on her stomach, underneath the machines lining the wall, reaching the last one at least forty feet down. She lay flat on her chest and dared to poke out her head from underneath the machine.

Standing in the light, with his bare back facing Jennifer, was a headless man. Swaying gently from side to side, his arms were straight out in a sharp ‘T’ position, with palms facing up. In his hands were two dark lanterns with cold, burned out wicks. The skin of his palms was burned black and hard with his fingers curled around the bases. What Jennifer initially took as writing she found to be deep scars and carvings in the headless man’s skin in patterns and symbols in no language she had ever seen before.

If she strained her neck, she could see the window, still softly glowing, nearly halfway across the room. She made out a matching set of wrought-iron stairs to the other end of the factory, but her view of the ladder was blocked by another large machine. She glanced at the headless man before slowly inching her way out from under the machine. Clutching the pipe under her arm, Jennifer slowly rose to her feet while keeping low.

She caught movement in the distance and immediately flattened herself against the wall while keeping a vice-like grip around her weapon. She listened instead of trying to peer through the gloom. The shuffling of movement in the dark was louder than ever. It sounded like Jennifer was surrounded by dozens of people, but she could see none other than the headless man. She inched along the wall, watching her feet to make sure she didn’t step on anything that could draw attention.

A creature, seemingly out of thin air, crawled out of the shadows to her left from behind the row of machinery. Yet another corpse, its arms flipped upside-down at the shoulders so that its elbows bent outward. Instead of feet, another set of large hands were grafted onto the end of its legs. It scuttled along the ground like a crab, its head dangling weak and useless from its neck. As it stopped, nearly at Jennifer’s knee, its head swayed and bobbed on what was evidently a broken neck. Instead of a scream, she fought the urge to gag.

It stood motionless at her feet, like an animal. Jennifer’s grip around the pipe tightened instinctively. If she could have seen her knuckles, they would have been bone white. Carefully, she raised it over her head, focusing on a spot just between the collarbone and the shoulder. Its head didn’t seem to be any more of a target than its thumb, so she would have to take her chances that the bastard’s insides were at least somewhat human.

Immediately before she brought down the pipe, the corpse twitched its ‘arms’ and quickly crawled away, its four palms padding softly against the concrete floor. Instead of relief, Jennifer found herself even more tensed than before. Even though one set of footsteps walked away, she was surrounded by dozens of others, any number of which could have been coming right for her. The factory floor was where most of Alex’s bastardizations seemed to congregate. Jennifer was trapped inside a beehive on the way to its queen.

It was a miracle she had the self control to not run screaming to the exit, and it was an equally impressive feat that she took another step forward, toward the light in the window. Alex had built somehow built himself a walking gallery of death. Jennifer could do nothing for the disgraced dead, but if there was still a chance that she could save a life before it became one of them, it was more than enough to keep her on her feet. So, with a minuscule step forward, followed by another, then another, then another, she continued across the factory floor with one hand kept against the wall.

The factory was the heart of the monstrosities. Every foot between Jennifer and the window contained a new horror, each more alien than the last. She saw across an enormously fat man, vivisected down the middle and filled with burned-out candles. She saw a body hanging from the ceiling with its fingers buried into its ribs, its arms as a straight-jacket. She saw a group of five headless bodies, sitting in a circle around a stripped goat head. She saw a man with the head of a pig, completely immobile except for his violently twitching left arm, covered in runes. She saw a young man, physically normal, yet sitting atop a pile of bones and leashed to wall by a spike through his neck. Near the end, the strangest of all, Jennifer saw the first female corpse. It sat, cross-legged, in a circle of salt and blood, horribly rotted to its stained bones. Carved into its forehead was a picture of an eye. It wore a crown of living flies.

She saw all these things, and would see them again and again in her dreams for the rest of her life.

all chapter: Cupcakes and Fingernails