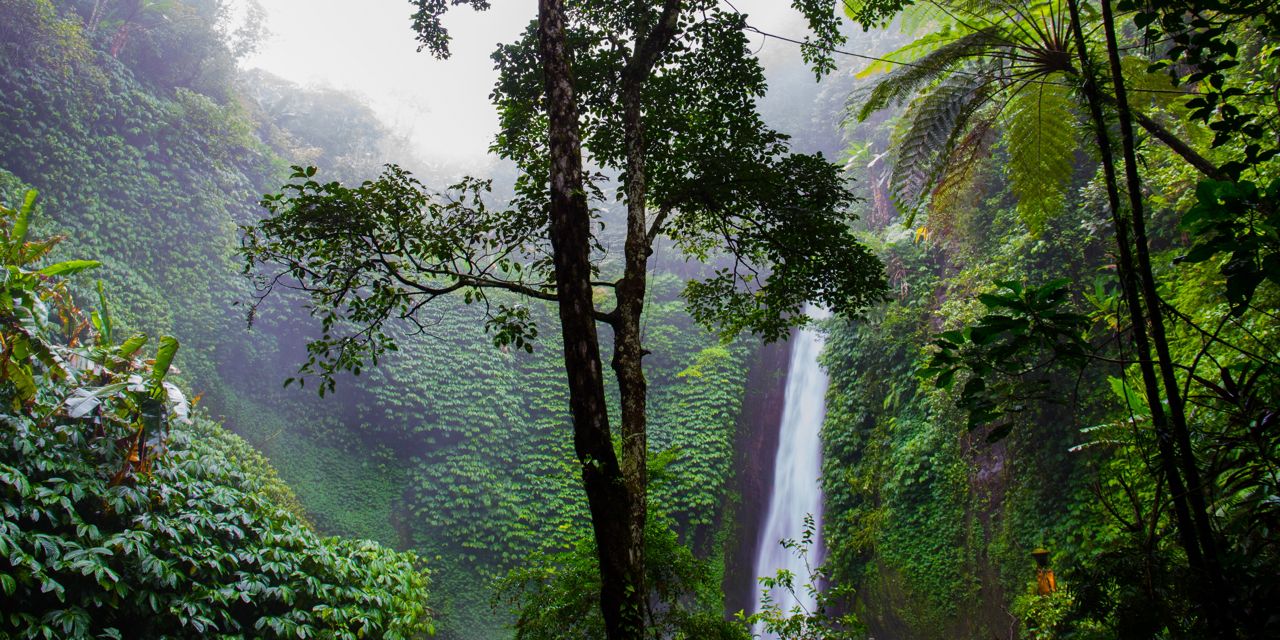 My fingers touched the old door, and I pushed. It swayed open with a long creak, breaking the silence, sighing after finally being opened once again. The dusty light from the other side pierced through the dimness of the room, growing bigger and bigger the more I pressed my weight against it. A slight breeze came in with it, sending leaves and bits of old ferns swirling around my feet. They were unusually brightly coloured, I noticed. I bent down and picked one up, feeling the waxiness of its skin. Thin veins spread anxiously over it, each one changing colour as they moved. I watched as I allowed it to drop to the floor, making twirling patterns in the air as it fell. Carefully, I peered my head around the wooden frame, and squinted into the sunlight.

At first, all that I could see was the blinding brightness of the sun, creating colourful patterns that danced in my eyes. Streaks of pure white blurred my vision, before my eyes were able to come into focus and show what was laid out before me. A jungle, unlike any other I had witnessed before, stood just outside the room. Large, green leaves speckled with caterpillars, which hung down from their tiny weight, from which protruded vibrant and blooming buds and flowers, hung near to the door. Rays of sunlight shone down, hitting the beads of water that clung to the vines , making them twinkle, before they rolled down towards the earth. I looked up, and saw a canopy of leaves and patches of blue sky, and the light which was forcing its way through. In the trees I could see an array of wildlife; parrots, toucans, hummingbirds flitted in and and out of view. I even felt that I saw the smiling cat at one point, sitting on one of the high branches peering down at me, but within a second he had vanished, evaporated into the air in a blur of fur and teeth.

I was beginning to adapt to the surroundings. As I walked, I no longer stomped about, but instead watched as to where I placed my feet, allowing them only to tread on the areas of dead leaves. I neither jumped and gasped when something unknown creature moved about in the undergrowth, nor was I startled by the sound of a bird cawing above me, but instead stood in wonder at this magical world. To me, with every step I took, this landscape was beginning to become a little less dream like and was thrusting me more and more into reality.

It was as I was inspecting a certain type of flower, one which I was certain that I had in my own garden back at home, that I heard a familiar and unwelcome cry. It was the screeching of the same creature that had terrified when I had been in the room. I turned around, ready to flee back through the wooden door, but I was shocked to discover that it was no longer there. The entire room had disappeared. What kind of cruel dream world was this? I strained my eyes and searched, hoping that I had made a mistake and that it was merely hidden behind some bushes, but alas, I was correct. Upon realising this, I did the only thing which I was sure could save me, and I ran.

Through the jungle I fled, my hands outstretched to clear my way, ripping at my hair to untangle it from low-hanging branches. My feet carried me, but they were growing tired. I continued, forcing myself to keep going. I could feel the heat in the backs of my legs and the pain in my ankles as I tripped. I flew to the ground with great force, my body taking the impact of my weight. I closed my eyes in fear, sure that that horrible thing was about to pounce on me and tear my skin. But nothing came. Death had not consumed me. I slowly opened one eye, and then the other. What I saw shocked me more than a hungry predator ever could. I had not realised it, but as I had been running, the jungle landscape around me had begun to change. The leaves and vines which were once a bright green were now beginning to crystalize into formations of ice. Snowy petals hung above my head, water dripping down onto me as they melted under the strength of the sun. I climbed to my feet and walked on, gazing as the colour in the leaves faded, and was replaced with a frosty white. I wondered how they were even beginning to freeze; I felt no colder.

As I continued to make my path through the frozen jungle, I noticed that it was changing once again. The icy flowers were beginning to become clearer and more solid, almost as if they were made of glass. I reached out my hand to pluck one from its bud, and, in shock from its surprising weight, dropped it. It hit the ground and burst into many pieces, shards of petals dispersing at my feet. Tiny flickers of rainbow light emanated from the segments, cascading themselves onto the nearby trees. I turned around, and saw that I was now in a glass world. Thousands of reflections of myself bounced around as I carefully trod on uneven crystal ground, shielding my eyes from the magnified light. It wasn’t long before I came across a very wide tree, so I took the time to readjust my pinafore and run my hands through my messy hair. I looked at myself up and down and was just turning to leave, when I saw a figure shift in the reflection behind me.