The Baker, The Butcher and The Brewer, Part Two – The Bastard 5 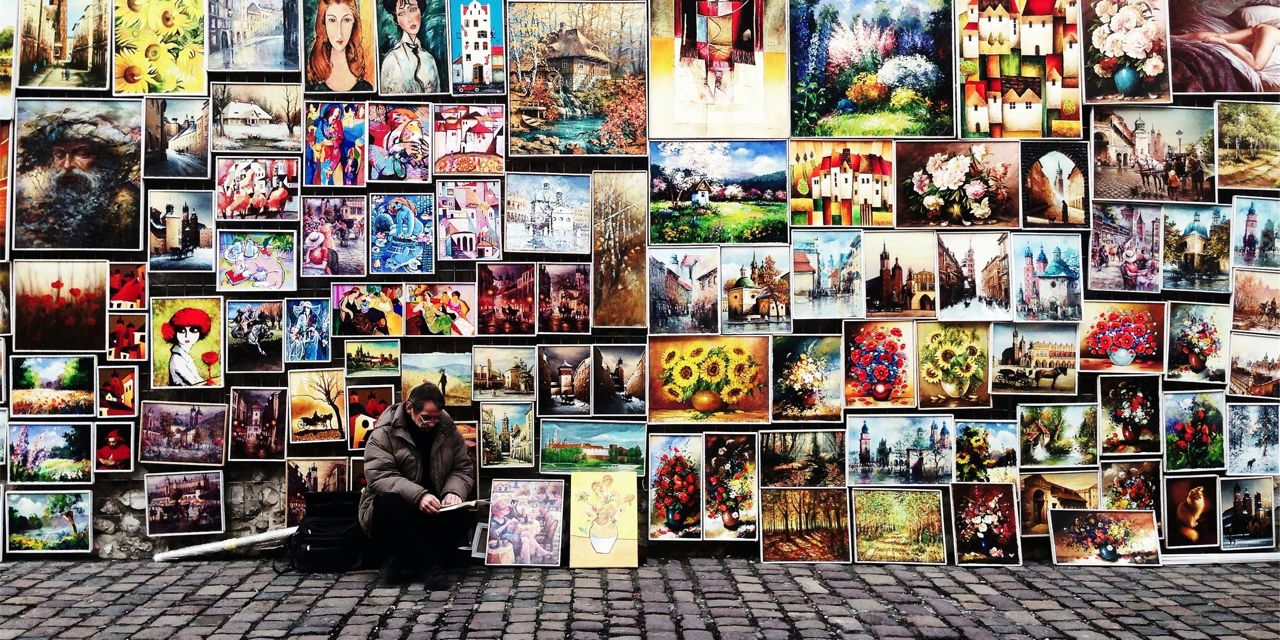 Mandor slowly sank into the channels of city life like a sleazy liquid down the pipes of an old building.

The new life flew through the old pipes.

His integration came from necessity. After a few days in the square he realized that living outside and robbing crazy people was not a good long-term condition. He needed a room to rest.

‘Can I live with you?’ he said to a girl artist, residently selling her paintings on the square.

‘You think you can buy me coffee two days in row and then move in!’ She replayed good humoredly.

‘You sell your imagination for a living. At least coffee you can see, smell, taste.’ He pressed on.

‘You can see my imagination on the canvas and even touch it with your mind.’ She smiled. Her rhetoric was lost on Mandor.

‘I don’t want your body. I just need a place to stay.’ He said evenly.

To her he appeared crude, open, unmasked, brutally honest.

Artists are artists because they take chances, leaps of fate that either destroy their gentle souls or inspire creativity that keeps them sane.

‘Buy me a coffee and I will think about it.’ She leaped.

One coffee and several cigarettes later she explained him that she had a dog that he was not to touch. He could sleep in the adjacent room serving as her studio if he didn’t mind the smell of paint.

Her dog was often locked in her room and scratched and barked, keen for a walk. While she was too busy searching for inspiration in all the wrong places. Mandor absorbed everything but never returned an opinion or a smile to the world.
She took him for provincial brut that realized was gay and fled to salvation in the city.

He slept during the day and mugged tourists at night.

She slept during the day, drank and painted at night. Walked naked in the apartment for her guest was unimpressed.

At one of her several-days-long conferences with other artists. Her pet went overly aggressive with his vocal desire to escape the small room.

Woken up, Mandor first considered strangling it. But. The ways of the city had thought him to suppress his initial instincts and think situations over.

He opened the door, the dog immediately smiled and hugged him. Mandor gave it water and some leftovers and let it run free in the apartment. The dog was so grateful that licked him on the hand and sat next to him.

Over time this ritual repeated many times. Mandor didn’t know the dog’s name so he gave it a new one. Grass.
Because he came from the grassy hills and missed the silent solace they freely provided.

Something reminiscent of a happy smile came on Mandor’s face for a first time in his life. Every time he played with Grass that smile widened a tiny notch. He even skipped a night or two of thieving so he can be more energetic for the next day of play.

He witnessed the way people walked their dogs, especially at night. He bought a leash and took Grass for a walk one morning. Grass was infinitely content, vibrant, active, his ears perked up and eyes shined.

They walked at the edge of the park when a woman with a dictaphone and a camera stopped them and asked him what he thought about the demolition of an old church in the neighborhood.

He remembered that his mother went to church and complained all the time that the priest was drunk.

‘We build them, we destroy them. Religion is a lie. We lie to ourselves because the truth is unbearable.’ He said coldly.

The women was taken aback, grinned and walked away. Not before she took a picture of them.

Mandor strived to feel something, anything. Excitement at first but even pain was better than feeling nothing. The paintings around his bed did not do it for him. He didn’t sleep as much any more so he could play more with Grass. He grew to notice the paintings more. He stared at them while Grass was resting from play.

next: The Baker, The Butcher, and The Brewer, Part Two – The Bastard 6

previous: The Baker, The Butcher, and The Brewer, Part Two – The Bastard 4