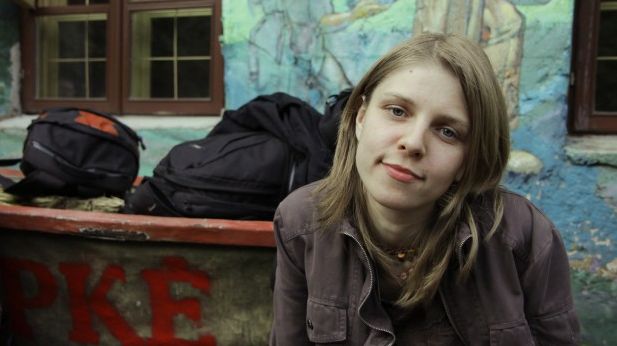 She’s ravishing. And I’m ravenous. She’s got enough soul unvented for the both of us. She’s got a face invented by a God I can trust. She’s a beacon and I a bastion, knowingly venerable to the defense. And she’s got control taking a hold of me as she sits, balled up in the back corner of the bus. Dart my glance as I sit cause any words would fall flat, try to say it all with eye contact. Sporadic. Like the addicts step in street shuffle, ask for a meal and scuffle over conflict in the night shadows. Maybe I’m an addict. To the look and subsequent games. To my shame, that’s all it took. The diving board has come to rest and I’m falling. I rub my hands for effect, maybe I’m just stalling until the water hits. Some tough guy am I, leaving at your grace. I know that I seem like I’m trying to pass her by as passerby cut the image. It’s better that way, hinging on what is left in the moments of clarity as gravity pulls me harder between. It’s heavier now, somehow. I weigh enough, but gravity of a situation’s capture makes it tough. Amid the morning saunter, I want her to remember she’s a daughter. A baby turned into a fizzled sparkle. These matriarchal dreams will haunt her. Modern expectations of a woman have pressed her down like copper. She’s Penny Lane in the brains of men going insane to discover what that dress contains and what’s concealed behind the cover of her display of fashion. But what they can’t imagine is the cash in pocket was just enough to cop it. Nothing special or magic threshold placed it upon her skin, just the residual from the one bedroom apartment she lives in.

My glance is intercepted by her method of checking the body language of the suitors, she gets skeptic. She feels unprotected. The opposite sex is threatening. Hair curl. Eyes flutter. Coat tighten. Slight shudder. Now there’s less to wonder. I sense my look has to break through the dense wall a father figure left behind. Who in their right mind would treat their daughter like a joke? Him and all his blokes are enjoying life in the synthetic spaces between Jack and Coke, showing their toughest of love with swift backstrokes of the hand. Her mother eloping with this man was never in the cards. It was never the plan, but he popped it off as soon as he was able because a pregnant belly and bare finger look bad at the dinner table. Ten years later they’ve got a nice house with a dog and cable. But he saw a woman is foundation that’s stable to stand on, and get your cheating man on, and forget about the bible that you put your hand on, and have your daughter create a sense of what’s right. As far as she knows, white knights in shiny armor don’t exist. All that matters are the karats four and three-quarters inches from her wrist.

So she searches, blind to red flags until she’s been dragged through muddy water over again. What good is an angel’s white dress when she’s been told it’s a murky brown at best? Or maybe she just doesn’t care for bleach. I can make it clean. I can teach the unseen. I have the power to turn Mr. Dime A Dozen on a dime of a dream. This doll is nothing but product of her family origins, strung to the genetic emphasis literally at birth, but now in a figurative sense. But which bond is stronger in practice? In rebellion? In jest? Needless to say, my look falls away. A desperately identifying needle in a stack of needles, taken astray from what I want to communicate to a battered soul silently screaming for help. This is white noise among simple-minded boys, but myself? I can hear loud and clear the echo of desire to slash the spinning tires, setting fire to the cycle and find love she admires. After deliberation, I count my losses in frustration. I move closer, but miss a step in the dark as my heart courses out a sore eeking. At least I can feel where the veins are reaching. I grasp the metal bar for some support, yearning to come out on the other side closer to this rapport. A glance got me here but the first words won’t appear, I’m stuck in limbo of contemplation, then she emits a smile from the depths of reluctance. Abundance of radiance shining in the natural lighting provided by the sun hitting me like lightning. She throws caution under a pursed lip and conveniently unraveled shading of hair, somewhat unprepared. Her name is right in key. A barrier once kept us divided, but I’m on the same side as she.