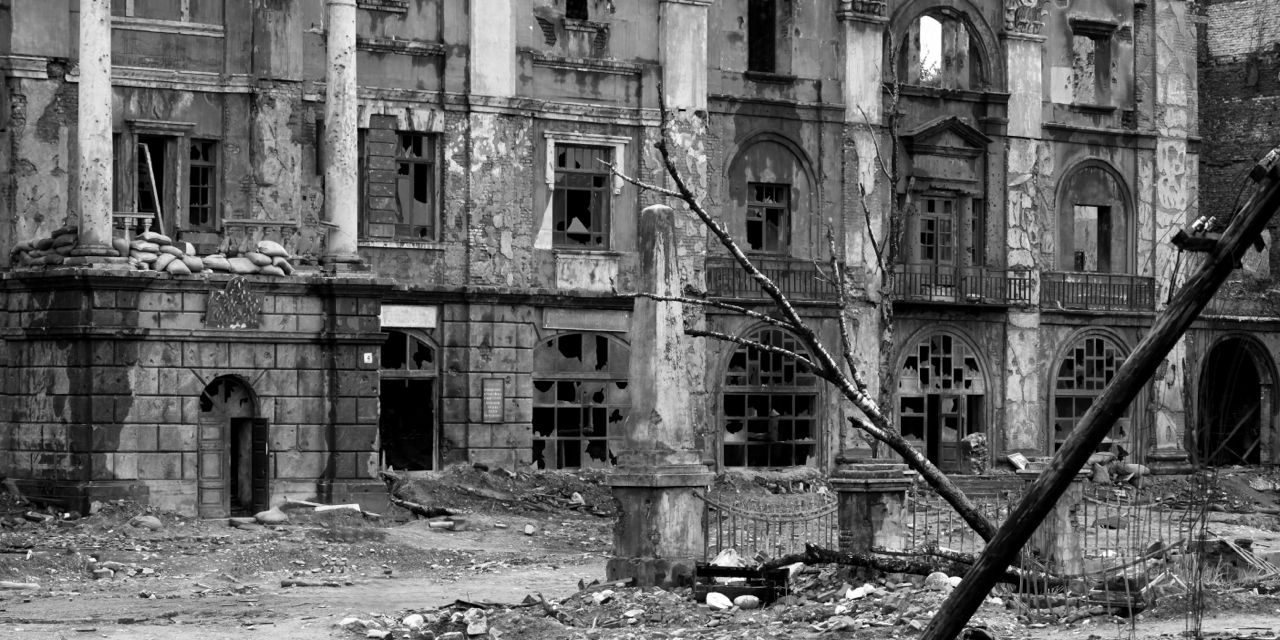 Dead children. Wasn’t that the final trigger? You see death, grown up death – and you become cold to it. You see suffering, brutality, cruelty, you immunise yourself to them and move on. You had to, you couldn’t stop to mourn in the middle of surviving. Children though, in the films that was where you stumbled and broke. Every hero, every action star, every rough-faced veteran endured the rest and cried for the children. It was how you knew they were still human, no matter what they did, no matter the death and destruction. Beneath it all they were still alive, still moved to something that redeemed the rest.

Yet here he was. Here he was standing, staring at the three small bodies. Two shot, one cut apart by something that had been even less human, a shell, a mine – something. And he felt nothing. No tears had come, no anger, no vengeful indignation. They were dead. Lots of people were dead. Everyone might be dead for all he knew. After the bombing and the shooting, why not? He’d been walking for an hour and had seen no signs of life. Would it really be all that surprising if there were no signs to see?

He tried telling himself stories as he stared. A test. Maybe he was in shock. Maybe a maelstrom of chemical reactions were stopping him from feeling anything? He didn’t feel like he was in shock, but then how is shock supposed to feel? Were you even supposed to know if you were in it? Maybe not.

The stories he told himself were about children. Stories he’d know away from this. A little sister, his friend’s son, himself in long lost years, parents playing with toddlers in the park. Stories he’d made up, too. Imagined innocents, growing up and then suddenly not. Helpless, harmless, scared. Adults-to-be, robbed of their promised future. That’s what children were. That’s what these bodies had been.

He could see how that would be sad, that loss of potential of whatever they had before. It made sense to cry when faced with the absolute and unjust destruction of all that. Yet he still felt nothing. The stories were just that: stories. Here was reality and reality was just three small bodies. No fear, no potential, no past and no future. He felt he’d failed his test.

It was still dangerous here. There might not be any life left but out there, somewhere, with death still lurking. More reality, grounded in fear, more that he could feel without trying. He had to walk away from them. Easily done, he felt nothing after all. All he could hope for the corpses was that no one cry for them. That would be better than failing alone.

Immaculate Fracture is from the upcoming collection ‘No Cure for Shell Shock‘ by Dylan Malik Orchard – more at DylanOrchard.com.