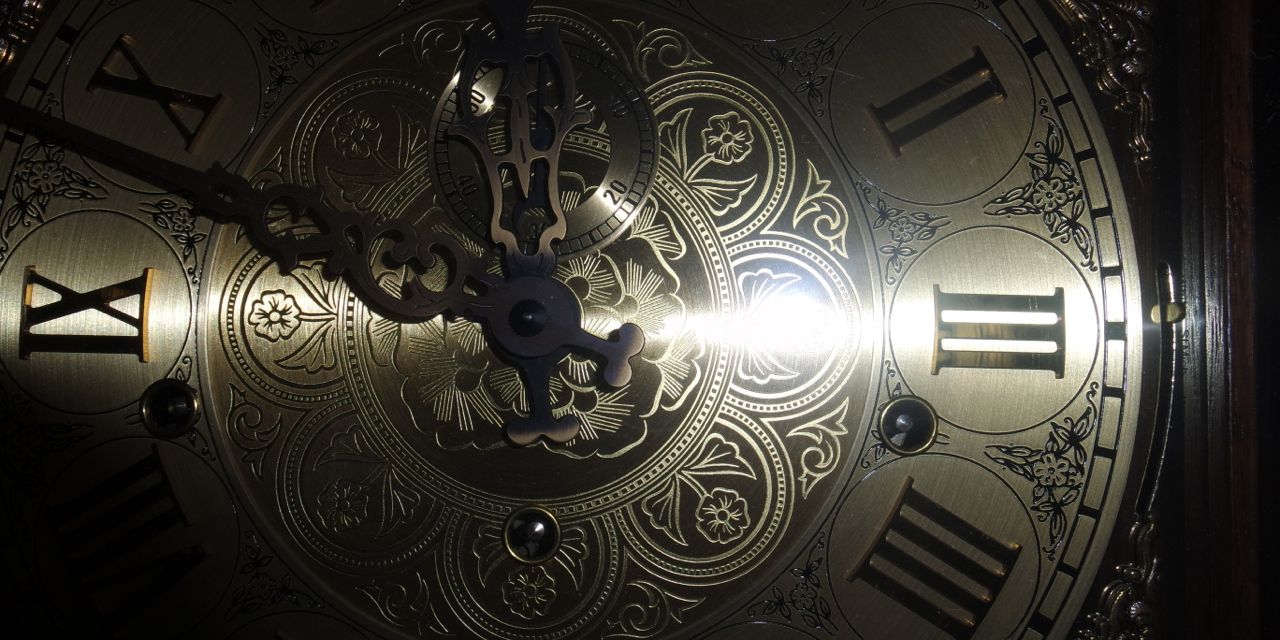 The titan lord of time looked at me with cold, hard eyes.

“You,” he said. His voice shook the air like a thunder clap. “You are a fool. You sought power over wisdom.  You would have told your people my secrets for profit.”

“You are no better than they who took the forbidden fruit from the tree.”

I had no idea what he was talking about.

“You mistake me,” I said, raising an eyebrow. “Unless what you say is true, and I have forgotten it.”

I smirked at my own cleverness.

“I mistake nothing,” he spat. The father of the Olympians held out a large, leathery hand. “Give it here.”

The pocket watch was hanging loosely around my neck. I looked down and fondled it briefly. An idea struck me.

“You cannot trade what is not rightfully yours!” His hand remained extended and he leveled his gaze with mine. “Return my watch or I will take it from you.”

“Trade or nothing,” I replied, flatly.

Kronos’ expression did not change, but his breathing increased slightly. His hand continued to hang in the air between us. I lifted the watch from my neck and held it out to my side; my thumb poised above the dial.

“Do not meddle with what you do not understand, human.”

The god’s voice shook only a little.

“Last chance,” I teased, hoping he would take the bait.

A moment of silence passed between us. Kronos’ breathing grew steadily heavier and his eyes began to narrow.  He cocked his head a little; I smiled and waved the watch around playfully.

Then, very suddenly and much faster than I had anticipated, the god of time leapt toward me.

“Give me my damn watch!” he bellowed.

I managed to press the dial just before he reached me and instantly found myself standing behind the god, who himself was stumbling into the space I had just previously occupied. He had been moving with such momentum that he completely lost his balance and fell — arms and legs sprawling — into the tall Elysium grass.

I laughed aloud — it had worked!

Kronos darted up and charged me again. I pressed the dial and much to my delight watched the titan fall a second time. I giggled. He charged; I pressed the dial. We repeated the process several times before the god of time stopped to catch his breath.

“Perhaps I cannot trade what is not mine,” I said while Kronos coughed and wheezed, “but I can certainly offer what is rightfully yours in exchange for what is rightfully mine.” I flipped open the lid of the pocket watch and held out the engraved copper plate for the Greek god to see.

“You do have something of mine, don’t you?” I asked, smiling.

Kronos’ glare was so intense I thought I might be consumed. He made one final, furious charge. Seconds later he stood up and turned to face me yet again. I tried very hard not to look smug.

“Very well,” he said, “but I wipe my hands of what you will do with this knowledge.”

The titan god of time beckoned me over and I approached cautiously. When I was close enough, he placed a large, heavy hand on my head.

“What is this?” I asked. I was sitting cross-legged in the tall Elysium grass with my head in my hands.

After returning my memories I had fully expected the god of time to leave; especially given his low opinion of me. But nearly half an hour had passed since receiving my memory back and he had remained by my side. He didn’t speak, he was tense, and he watched me like a hawk, but he stayed with me. In some bizarre, nonsensical way, I found this comforting.

“Why did you take this?” I asked. The novel I remembered was terrible. Not only was it terrible, but it had absolutely nothing to do with time or Kronos or Greece or gods of any kind. The sentence, ‘Time is inconsiderate’ was one small, tiny, inner musing of a self-involved detective I had created who ran around solving crimes of very little significance. That was the title of the book: ‘Crimes of Very Little Significance.’ It was more of a satire on murder mysteries than anything else.

“I had it on good authority that you would use it to overthrow me,” replied Kronos flatly.

Two pressing questions that had been wandering around unanswered in my brain suddenly found each other; their click was nearly audible.

“Who was this good authority?” I asked. I already knew the answer.

As he said this, the air next to the god of time began doing strange things. It shivered and shook and bent and stretched, and as it did so it began spitting something out. It took a moment for my eyes to comprehend what the something was, but when they did they widened.

A bloody, bruised, panting sphinx slithered through the air’s shivers. I only knew of two possible injured and battle-worn sphinxes, and my heart dropped as I recognized which this was.

As it completed its entry into Elysium, the sphinx looked from Kronos to me to the watch then back to me with steady, evil eyes.

next: Kronos Got Drunk – Part Eleven