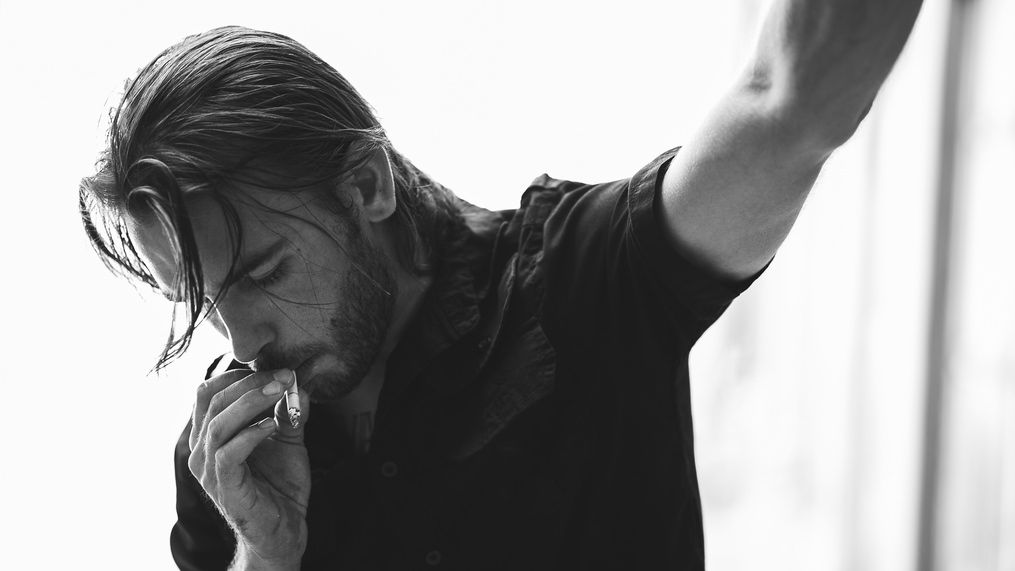 I used to think that being dumped was like being dead, a state of numbness. But then I decided that the analogy wasn’t quite right: Being dumped makes you feel like the entire world is dead and you’re the only one left alive. And there’s a theory that can make that even more tragic: if reality splits every time you make a choice then you’re stuck; you can reach for the exit handle as often as you like, but you’ll always stay strapped into the plane. You think the body has a survival instinct? Well that’s nothing. There’s a whole universe waiting for you where you’ll go on and on, alone.

Mads used to say this is what it’s like dating a physicist, all of those references she never quite got, never quite cared to get. No, we are not like blobs of silver in the Stern-Gerlach machine forever separating – up, down, spinning, around and around. Not us. I am not beauty and you are not charmed. You’re strange.

So, yeah. Here I am, a fish in a tank, a bird in a cage, a cat in a box. Alone. Thinking that being dumped is actually more like a neutron bomb going off – life barely clings on, but everything else looks exactly the same, no harm done to the tall buildings, just damage inside. In the heart.

The last time I saw my friends they listened to my theory that the pessimism of human nature is summed up by our desire to contract everything we’ve done. Like how commentators shorten Earth’s entire history to a day and say it was only five minutes ago when we came down from the trees, and in the last heartbeat someone invented the Web. It’s as if people want to belittle achievement. Well, I’ve found a new truth: I am everything, a superhero, a God, Mr Lonelyhearts Man; I step off the tallest building and land safely with ease. Each and every time.

So why do we never stretch out events so that they last forever? Time dilation, you know, like when your heart beats faster than the speed of light. Boy meets girl when the Earth forms, asks her out as the big lizards choke, and 64 million years later gives her an amber necklace filled with fossilised blood. Yeah that’s how our elongated history would go, those few years with Madeleine become countless millennia in which the sea froze over and thawed several times.

And as Christ died, words passed my lips and were shaped into I love you. And the dark ages were spent waiting for a response. And she mumbled something about being not ready at the start of the Renaissance. This is history feeling my pain. And while it’s true that the end of a life, or love will always unravel quickly, my way you can stretch and pull at the time as much as you want: a wrong word here or there as Columbus discovered the New World, the Romantic Movement born and died while a tear ran down my face.

My friends took me drinking while Gin addiction swept London. As influenza spread, my body went cold. We kept in touch during the great Depression. We tried to be good. And then, just as things looked like they might pick up, all out war was declared. We formed factions and unraveled like civilization.

And as the Internet took off my friends told me that the love of my life may have hooked up with someone she met online.

So now I exist for myself. I am Mr Lonelyhearts Man. Ka-Pow. With a secret that’s both simple and devastating, if you’ll forgive some more phys-losophising? Sit comfortable, then, and put yourself in the paws of that cat in the box, with the radioactive decay linked to a cyanide dropper, playing radium roulette. Mr Schrodinger’s kitten, what do you see?

Not much, right. But you’re still here. You survived. And that’s the point. Somewhere deep inside the imaginary machine with the laser-cut aluminium plates, the rivets on reinforced glass, and the complicated set of safety valves for when the lid comes off, the plunger dropped, and nothing happened.

I guess you’re shaking your head, oh and you’re shaking your tail. I like that, but I sense claws coming out too. You’re not buying it. That’s ok. It’s understandable. It took me a good while too at first. So let me try again, let me explain: See, the rules say that a press of the button creates two possible worlds branching off, one in which the you’re alive, the other dead. We all split at that point, like Mads split from me, and when the science guy peeks inside the box, that’s when he finds out which way he went. Half the time he opens the box and his cat’s dead. Half of the time it’s alive.

But the cat is making observations, too. Right? It’s got eyes. It’s got a brain. So what does it see, what do you see in its place? You see that you survive. You don’t need to wait for confirmation. Heck that’s how life started in the first place, just by looking, like how reading this is likely creating something inside. But be warned. If you have followed me this then you’ve also joined me on the edge of that tall building. How many times, go on, how many times do you think I’ve made that step off and survived?

I’m the cat that always lands on its feet, the luckiest man alive, Mr Lonelyhearts Man, but I’m trapped. And there’s a critical mass of pain I’ve made, so many other worlds where Mads has wept over my soul, well, some, at least, I hope. See, only desperate people get enlightened like this, only the down-and-outs discover that they’re God, that they can live forever. That suicide doesn’t work. But, listen, step carefully now, for while I’ve seen some miraculous things on my way down… all you’ve seen is me fall.