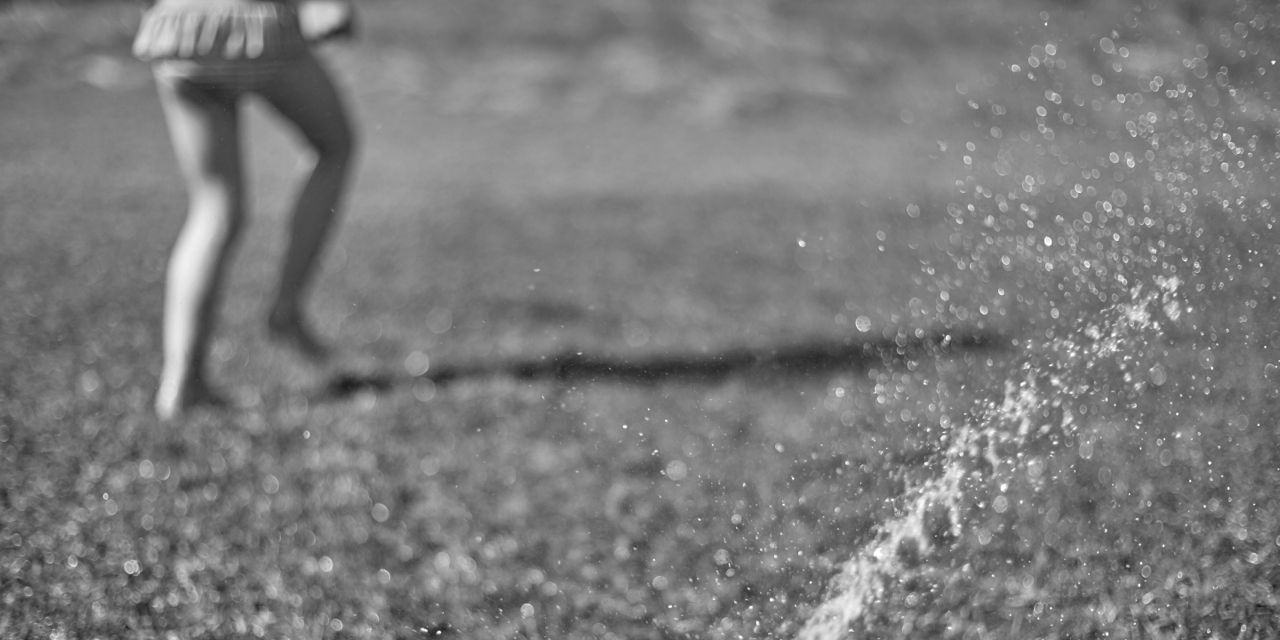 Scowl-face stifled a laugh as I pushed past her and out the door, whose bells jingled cheerily and ruined my exit. I opened the car door and my mouth to explain mom’s unreasonable behaviour to dad, but it appeared he was on her side. Typical. Dad lifted his hand before I could start.

“Honey, you can’t just yell at your mother. It’s rude and makes it look like you weren’t raised properly.”

I started to protest, but mom got in the car.

“We’re going to Marshall’s,” mom declared as she snapped her seatbelt into place.

Marshall’s was a discount department store in the middle of town. Only poor kids shopped at Marshall’s. Everyone knew that.

“Darling,” dad piped up again, “you can’t demand things like that. It’s grody.”

Hearing my dad say a word like grody made me cringe. He was always trying to be cool, but never quite succeeded. Dad decided to stay in the car while mom and I went into the store. I skulked my way to the exercise department while my mom struggled to keep up with the many blurry bodies that talked and shopped, sure that one was her shitty daughter.

“Mom!” I called into the middle of the crowd, “What about this?” I held up a fluorescent pink leotard that had about as much material on it as the matching headband.

“What color is it?” Mom could see shapes and shades, but no colours due to being born without any cones in her eyes.

“It’s really bright pink” I replied, as if that meant anything to her.

“I’d prefer one with more material, is there anything with sleeves?” We combed through the rack with the precision of the school nurse searching for lice.

“Bingo!” I held up a neon green number with little cap sleeves, It was the kind of leotard sported by the women in mom’s 80’s exercise videos who were high on Ephedrine and hated their bodies. Mom examined it with a suspicious look on her face, like she somehow didn’t trust it.

I rolled my eyes and gave her shoulder a reassuring squeeze. “It’s fine, I’ll be in tights anyway, come on.” I was envisioning myself strutting into class on day one in that leotard. That sexy green leotard that said a whole lot about what kind of girl I was. I imagined that neon thong said: “This girl is fun, and terribly cool. This girl is demure from the front and European from the back. You really want to be friends with her.”

Mom found a slightly more conservative leotard in a pale blue that had a full butt sewn in and held it up to my gangly body. “Come on, honey. This is a much better option.”

I declined it with a sweep of my hand and a shake of my head. “You said I could pick. The green one’s on sale and only nine dollars anyway.” I knew she couldn’t argue with that, it was practically free.

“I wonder why?” She cocked a curious eyebrow in my direction. She could mock me if she liked. I knew I was going to look sophisticated and cool in my first ever dance class in my first ever leotard in my brand new school. “Fine,” she relented with a sigh, “let’s go check out.”

The day had finally arrived. After a torturous two weeks of waiting, it was my first day as a CAPA student, and the overall feeling when I left my house that morning was that I was going to vomit or cry, or potentially both at the same time. I was just starting to realise that being twelve was all about mood swings and strange body odors.

Modern Dance was my first class of the day, my big chance to make my first impression, an impression that would no doubt continue long into my future, and I was pumped.

Let it be known that there is nothing more awkward than a bunch of adolescent girls thrown together in a room for the first time and told to change. Breasts were forming, hair was sprouting, and eyes were darting everywhere. As the rest of the girls changed into their Anna’s School of Dance powder pink leotards and matching cardigans, I pulled on what I can now equate only to the mankini that Borat wore in his self-titled film.

“What are you wearing?” a beautiful girl with a spattering of totally symmetrical freckles asked me in an accusatory tone, her nose wrinkled as if I’d offended her.

I managed to give my armpit a sneaky sniff as I replied, “This is my leotard. Pretty cool, right?” I waved my arms up and down the length of my own body as if it were one of the prizes in The Showcase Showdown of The Price is Right. Now confident in my aroma, I wondered why her face remained the same.

“Pretty lame, more like. That’s no leotard, it’s a LAME-o-tard!” She doubled over in laughter and the whole dressing room joined in.

My leotard was not conveying the message I had intended. In fact, it had betrayed me.

“Come on girls, let’s go!” Mrs. Johnson opened the door and shooed us out one by one. She stopped me by placing a firm hand on my shoulder. “Brave choice, Miller, cover your butt cheeks.”

I felt the blood rush to my face and tears stung my eyes. I wrapped my sweater around my waist and joined the rest of the class flailing my limbs about trying to be graceful with a yard of fabric shoved firmly and painfully up my crack.

That evening I begged dad to take mom and I back to Marshall’s and we purchased the light blue leotard mom had spotted originally. Unfortunately, despite the neon green monstrosity never making another appearance, the name Lame-o-tard stuck and for the next three years I was called nothing else.