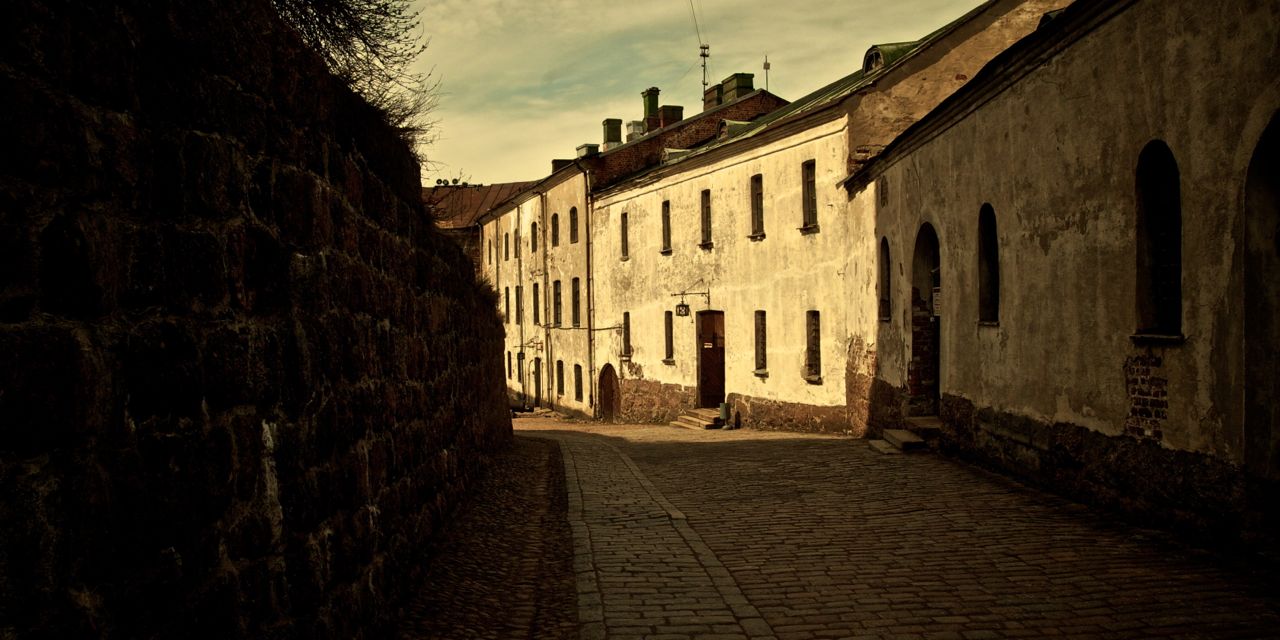 He had gone to Italy to run away— to hide amongst the rolling hills and the chipped worn yellow buildings that dotted them. Everything back home had begun to stink too much of memories. The forests, the cabins and beds, recently warmed by two. All of it. So when the stench became unbearable, when every step brought back nauseating wisps of fruitless sentiment, he decided to leave.

It was ten years since then, and he was still there, holed up in a small town in the southern tip of that boot. Truth be told, he no longer knew exactly why he was still there. He wasn’t there to run from what he once sought to escape. Maybe it’s just that he had grown rather fond of the town. There was comfort to be found there, and even though they referred to him as “the traveller” he had no desire to go through another drastic move again. If anything, it was laziness that anchored him there.

Regardless, he generally kept to himself, and worked as a cook in a local restaurant called la Trattoria da Nomentana. The staff consisted mostly of family, but he had become close to them during his first few years in this foreign country. After hearing about his previous stint as a chef back in America, they were quick to offer a job once he admitted to being in desperate need of employment.

He liked working at the restaurant. It was a small, lazy town and no more than four or five families would come to dine in on any given night. The work was never too busy and he was entertained between light glasses of wine and chatter in the kitchen.

In particular, he liked spending time with a stray that would frequent the restaurant for scraps. He named the mutt “Goriot.” He would pet the pair of round eyes swathed in soft fur, sometimes for hours on end, mindlessly. In return, Goriot would lick at his friend’s hand, letting out small affectionate whimpers and squeals intermittently.

Dogs had always intrigued the traveller. As he pet Goriot, he wondered if the animal was capable of feeling any genuine love towards him, or if it was a learned response— if millennia of domestication had bred the artifice of affection into the animal. After all, those dogs who couldn’t come to act in that way to their masters would’ve been bred out.

If he thought about it for too long, it would trouble him and he would exit this reverie with a laugh.

This sort of existence had gone on peacefully for the past eight or so years, and he was perfectly content. He didn’t go out much, and his work kept him busy enough to prevent him from lapsing into deep thought. Melancholy was kept at bay in this manner rather successfully.

One day, Goriot ran inside through the back door of the kitchen and into the dining area. The traveller, worried that his friend wouldn’t be welcomed back to the restaurant if he caused trouble, ran after.

He found old Goriot being scratched behind the ear by a young woman.

“I’m so sorry, he gets excited sometimes,” he said.

Her voice twittered tenderly, a melody with sloping peaks and nimble valleys.

Something about this girl struck the traveller as memorable. She wasn’t particularly attractive— she was, by objective measure, quite unremarkable. Yet, the relaxed simplicity she emitted struck a deep feeling in him. All together, it gave him an odd sensation. A kind of nostalgia for a life never fulfilled.

“Is he yours?” she asked, breaking him from his thought.

“Yes, I suppose so. His name is Goriot.”

“I have a dog too. Her name is Beausant. I think you would like her”

He responded with a gentle smile— one with such sincere weight, or at least something that counterfeited it, that he surprised even himself.

“What’s your name by the way?” she inquired.

“Ah so you’re American? My name is Katelyn, but my friends call me Kitty” she responded in native English, outstretching her hand.

Considering that it had been years since he last heard his mother tongue, the traveller was taken aback, and he replied, as if searching for words long forgotten “it’s nice to meet you.”

He timidly squeezed her hand in a half-shake. The hand felt slender and soft under his clumsy grasp.

Kitty slowly retracted her hand and rummaged around her purse, saying, “I really should be going, but we should let our dogs meet. We could walk them together.” She then pulled out a piece of paper and wrote down an address and a time. After paying a small tip, she left the paper and walked out the door.

The traveller took the paper and stuffed it into his pocket without taking a look at it. The echo of that first peculiar feeling still bounced around in his stomach, gradually seeming to grow further and further away, but still remaining above the threshold of perceptibility.

That night, as he lay in bed, he chased after that faint echo, trying to catch its source so that he could hold it—observe it from all angles. Occasionally, the echo would grow louder, other times it would grow softer. He got hints of its whereabouts in brief memories of nightfall, of ending summers and in empty rooms of settling dust.

As he began to drift into unconsciousness, he heard muffled moans creaking through the doors and windows. Familiar voices dusting the cobwebs from their throats. Ghosts floated around the traveller as he slept that night.

The next day, he looked at the piece of paper he had so hurriedly shoved into his pocket. On it, she had written today’s date, “7:30pm,” and “Piazza di Verdi.” Later that evening, he left work early saying he felt sick— which wasn’t a complete lie—and left for the piazza. Old Goriot trotted along beside him.

He found her there in a pale dress, wandering around in the twilight looking quietly at the stars as they began to appear one by one, yawning and stretching themselves awake. Next to her was a small spaniel on a thin leash.

He greeted her— two kisses, one on each cheek. As he greeted her, he smelled her faint perfume. The echo grew louder and a ghost whispered something in his ear that he couldn’t quite make out.

They began walking down a street that led to a park.

As they passed the tree-lined entryway, he asked her why she spoke such good English, and what brought her to this sleepy town. She laughed and said that she should be asking him the same question.

Before he could stutter out a response, she took his hand and ran down a small side path, dragging him along. They ended up in an open clearing and she sat down on a fallen tree, brushing speckles of debris off of her skirt. He followed suit.

She let out a sleepy and whimsical sigh. Silence followed.

“My grandmother is sick,” she finally said. “I’ve come from America to take care of her until…”

“I’m sorry” he replied awkwardly, not knowing what else to say.

“It’s okay, we knew it was coming. I’m not sure how much time she has left. It could be weeks, or months.”

Her hand brushed his, and fingers rose from his stomach and lightly wrapped themselves around his throat.

“Your turn,” she said, her voice resuming its meandering tone.

He looked at the ground and thought.

The person who had moved here all those years ago had died quietly in his sleep one night. They said it was suicide. The traveller had merely inherited his memories through a quirk in the law and was now being asked to show them.

“I guess… I was trying to forget. I was running away from…”

The echo turned into a buzz and he heard voices in the rustle of the trees. Goriot and Beausant had gone exploring in the clearing and had just lain down near Kitty and the traveller. He continued.

“Not even a person, really. A feeling.”

As he looked in himself again, the echo suddenly became quiet and he heard the ghosts breathing next to him— but they said nothing, they were waiting.

She told him to close his eyes for a moment, and he obeyed.

A moment later, he felt soft lips press against his. The hand that had his throat slowly let go and retreated back down, letting him breathe freely again. But he thought he heard restrained hisses.

He felt flesh pressed against his. That night, he fell asleep content, thinking he had finally caught the source of the echo— the ghosts slowly left.

They saw each other for several months. Kitty’s grandmother still had more life in her than anyone had anticipated. The traveller couldn’t tell, but Kitty grew fond of him. From the depths of her feeling erupted vibrant colors of sentiment that the traveller never suspected, and could have never known. She acted as all the others had, as he now did— but the well from which action sprung was alien to the traveller.

He was satisfied for the most part. He thought he had rediscovered the feeling he had lost— the feeling that existed before its corrupted reek infected his reality and forced him away. He still worked in the restaurant, and old Goriot was still by his side.

One day, as was expected, the grandmother passed. There was a funeral, and the town mourned. Black caterpillars roamed around all day in procession. Up and down the streets they crawled.

That night, he lay by Kitty. Autumn was beginning to reach its peak, and cool air pulsed into the room.

“Come back to America with me,” Kitty said softly. Her voice had ceased to have the daydreaming quality it had held since their first meeting. She said this openly, as if the words were merely wrapping that existed for the sole purpose of presenting a single, pure thought that came straight from her heart.

The traveller lay silently and looked into himself. He looked for the source of that echo that he thought he had found so he could return to her a similar gift. His heart was finally open, and he grasped in the darkness for it. But each time he did so, he missed and grabbed a handful of autumn air. Desperately he tried to look for it.

He once thought he saw it, but it was a faded picture in a frame— the original was nowhere to be found.

He sank back in on himself.

It had died with the boy who first came here so many years ago. The traveller had only inherited the memories of that boy, but nothing else. Pale snapshots. The rest still belonged to that corpse, locked away in his coffin, rotting away with him.

The ghosts were nowhere to be found anymore. They were truly no longer needed.

He was to resume his travels.

He never saw old Goriot again. The dog died shortly after. Some say that he starved himself— that he spent his days outside the Trattoria da Nomentana but refused food from anyone who tried to feed it.

No one knew why it kept coming if it wasn’t going to eat.