The Human Comedy: The Pink Puppy 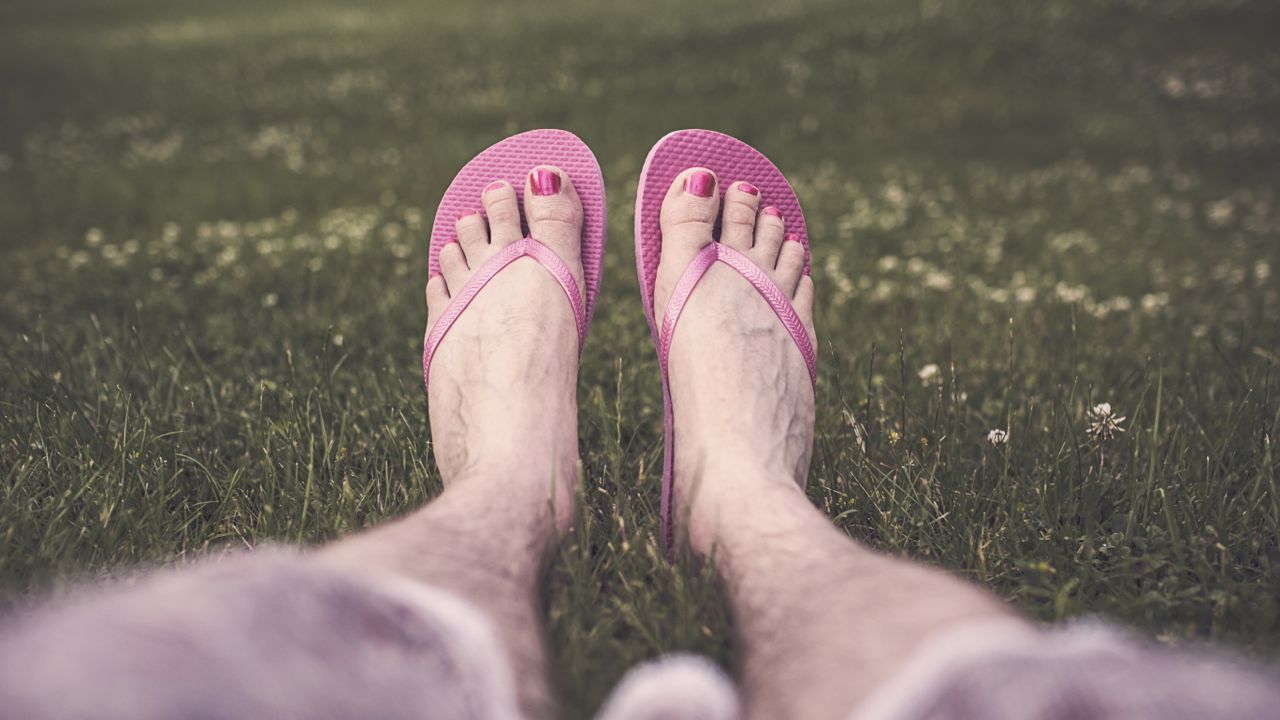 George awoke with Fleur’s tongue in his ear. “Ugh,” he grumbled, pushing her away. “You never stop, do you?”

As if to confirm his statement, the 13-pound ball of fur spun in circles on the bed, rolled over, jumped up and made another pass at George’s face.

“Alright, alright – I get it. Where’s your leash?”

Fleur bounded into the elevator like a fluffy bowling ball, jumping up and greeting the family of three therein.

“Is that hair spray, or is it actual dye?” her mother asked.

Fleur was a New Yorkie – small and white, with a substantial head-topping patch of hot pink hair.

“It’s dye,” said George, already regretting that he’d forgotten his morning coffee. “My wife gives her a different color every month. She says it makes people happy. I say it makes the hairdresser and our friends at American Express happy.”

“It makes me happy!” the girl cheered as the doors opened.

George didn’t say anything. He pulled Fleur back when she tried to run after the family. “Cut it out, Piss Factory.”

Fleur wagged her tail as if he’d called her “Angel Puppy” and dragged him to the park, sniffing, hugging and kissing every being in sight along the way.

Fleur was too busy enjoying herself to worry about relieving herself. She found the ice cream vendor, who offered her a tidbit of cookie cone, and the hot dog vendor, who splashed some bottled water in a cup for her, and the caricature artist, who drew her into the background of a young couple’s portrait. Fleur, the Pink-Haired Dog was the pride of the park … and the pain in George’s ass.

“Won’t you just go already? You pee all over the house, but as soon as we’re outside, you’re a freakin’ camel! I’m missing my news program!”

Fleur didn’t hear him; she was off and running to the arms of a 12-year-old boy in a Ninja Turtles T-shirt.

“FLEUR!” George yelled, yanking her back to him. “GO POTTY. NOW, DAMNIT!”

Fear filled Fleur’s eyes, and she crouched and whimpered at George’s feet.

“Great,” he muttered, his eyes to the clouds. “Fan-tastic.”

His bout of self-pity lasted but 20 seconds, as the sound of crying – human crying, human grief – reached his ears. There, on a bench behind him, sat an octogenarian with fewer hairs on his head than teeth in his mostly empty mouth. The man buried his head in his hands, and a pang of empathy kicked George in the stomach. He didn’t know what ailed the man, but he wished there were something he could do to ease the pain.

A wail burst from the man’s throat, and Fleur sprung into action. She popped between his feet and cocked her raspberry cheesecake head to the side.

The man looked at her. His wail faded, and he sniffled and rubbed his face. Fleur jumped into his lap. George stood by, holding the leash, clueless as to what to say.

“What a sweet dog,” said the man. “With such pretty hair.” His fingers found Fleur’s smiling head. “I lost my wife two weeks ago,” he said. “We were together 51 years.”

George was silent for a moment. “Oh – were you talking to me?”

The man looked at him as if he’d had no idea George was there. “I was talking to her, actually.”

“Most people are,” George said. “My wife says she makes people happy.” He regretted saying the word “wife” the second it escaped his lips.

“Your wife is a smart woman – as was mine. The dog has a spirit, and a little bit of color attracts people to that spirit.” He leaned his face toward Fleur, who kissed his nose as if nothing in the world could’ve interested her more. “It’s amazing what a little bit of color can do – if you wear it the right way.”

“I never thought about it like that,” said George, who for the first time noticed his black T-shirt and gray shorts and wished he’d gone with something different. “I’m sorry for your loss.”

The man on the bench closed his eyes and nodded. Fleur curled up in his belly. George stood, leash in hand.

After a time, Fleur hopped down from the man’s lap, located a favorable splotch of grass, and did what dogs do.

“Thank you for sharing her with me,” the man said as George’s doggy-bagged hand swooped downward.

“Thank you for sharing her with me,” George said.

They parted, and Fleur trotted after her owner. For the first time all morning, he stopped what he was doing to pet her. “You’re a good girl,” he said. She kissed his face, and he smiled. “Piss Factory.”