A Guide to Winter Driving – Part One 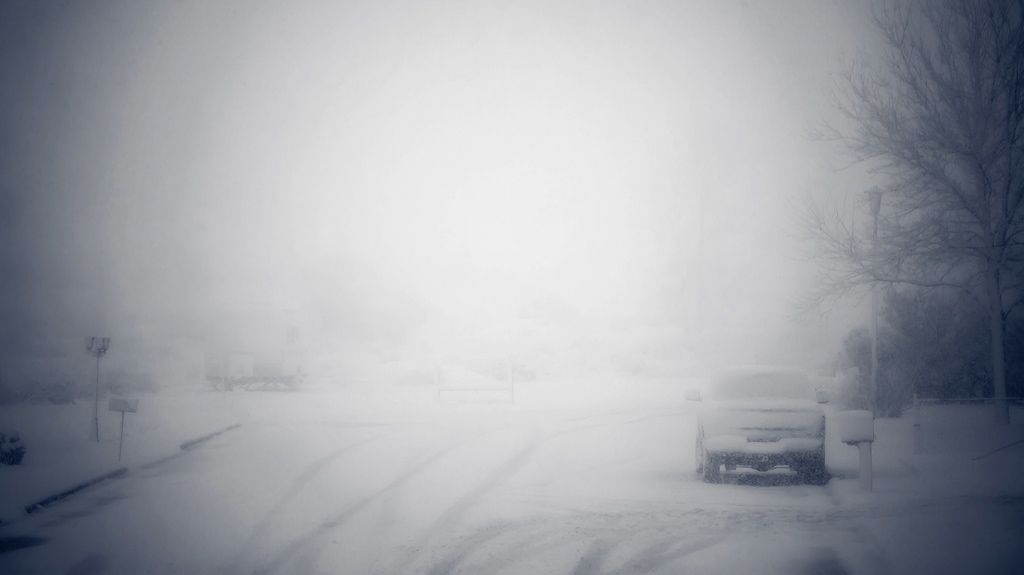 Tony had never understood the appeal that so many others found in North Dakota.  He wasn’t an idiot – he could see the cop-out metaphors about the wide-open spaces representing freedom, but with his ’74 Plymouth Trailduster, all it represented to Tony was a maxed-out gas card.  Even after giving merit to the desolate beauty the land held, Tony insisted that this argument only worked for half the year, because the other half contained nothing but black-ice and snow.

Snow.  Tony had read poems about it, seen documentaries on it, met dozens of people who centered their whole lives around it.  All snow had ever done for Tony was get him in this wreck.  His bronze skin had turned an interesting mix of blue and red two hours ago.  Despite the incredibly effective North Face jacket he wore, the gloves that would have saved Tony’s fingers from frostbite were in Cindy’s Mazda, doing nobody any good.  With no reception out here, all he could do while waiting for another car to show up on the quietest stretch of highway he knew, was to drink the case of god-awful Budweiser Cindy had given him for digging out her car.

At least it was cold.

Staring idly north, he had started out by sipping the beer, but even ice cold, he had to chug it to make it bearable.  If nothing else, it gave his tongue something to do besides freeze.  Tony had rolled up all of the windows to the cab of his truck and sat huddled in the backseat, thankful for the first time that he had manual windows.  Having lived in North Dakota his whole life, he’d at least had the foresight to keep a blanket under the seat, as well as a basic emergency kit, complete with generic-brand first-aid implements, a small, unlabeled bottle of water, and a crappy granola bar.  He fished around for the kit, which had been thrown way into the back from the crash, and set up camp under the blanket, rubbing his hands together to keep the blood circulating.  He downed some beer in the vague hopes that it might make him feel warmer, or that it just might get him drunk enough to not care.

Tony had met plenty of tourists who had come up for Mt. Rushmore and other tourist traps at the wrong time of year, many of whom had never seen snow before in their lives.  Most of them seemed to think that it was supposed to be soft and fluffy, like a cotton ball.  None of them had ever bothered to think, “Well, if it’s made of ice, maybe it’ll be cold, and possibly not so fluffy.”  Tony envied them their ignorance, because he knew the truth.  Snow isn’t fluffy, or when it is, it doesn’t stay that way.  Snow is ice falling from the sky – how could anything good ever come of that?  Cindy thought snowflakes were pretty, and had a wardrobe full of snow-themed outfits.  Snow is frozen, and it’ll get you, if it can.  Lots of snow in one place becomes more solid than anything has a right to be – there is no other way to describe it.  Give snow a chance to settle and it either melts or turns into a giant ice-block… or one of these, apparently.

When he was twelve, Tony’s older sister had flung an ice-cube at him as hard as she could.  He’d never forget the shiner he took on his left eye.  His parents had always been very supportive, and they continued that trend by backing the rumor that he had gotten it in a fight – you should see the other guy.  Tony had known from an early age that frozen water could be dangerous in any of its forms, but he still hadn’t expected this.  His 4WD truck, complete with studded snow tires, plus a life-time of snow driving experience, had always been more than enough to keep him out of any major incidents.  If he’d been driving Cindy’s Mazda, or hell, if Cindy had been driving, it probably would’ve been death for everyone involved.  Luckily it had been him and his trusty Trailduster.  It was a damn good thing he had been keeping his speed down or his windows and windshield would’ve shattered for sure.  Even with all of his equipment, though… this wasn’t good.  How could one even begin to prepare for this?

NEXT: A GUIDE TO WINTER DRIVING – PART TWO