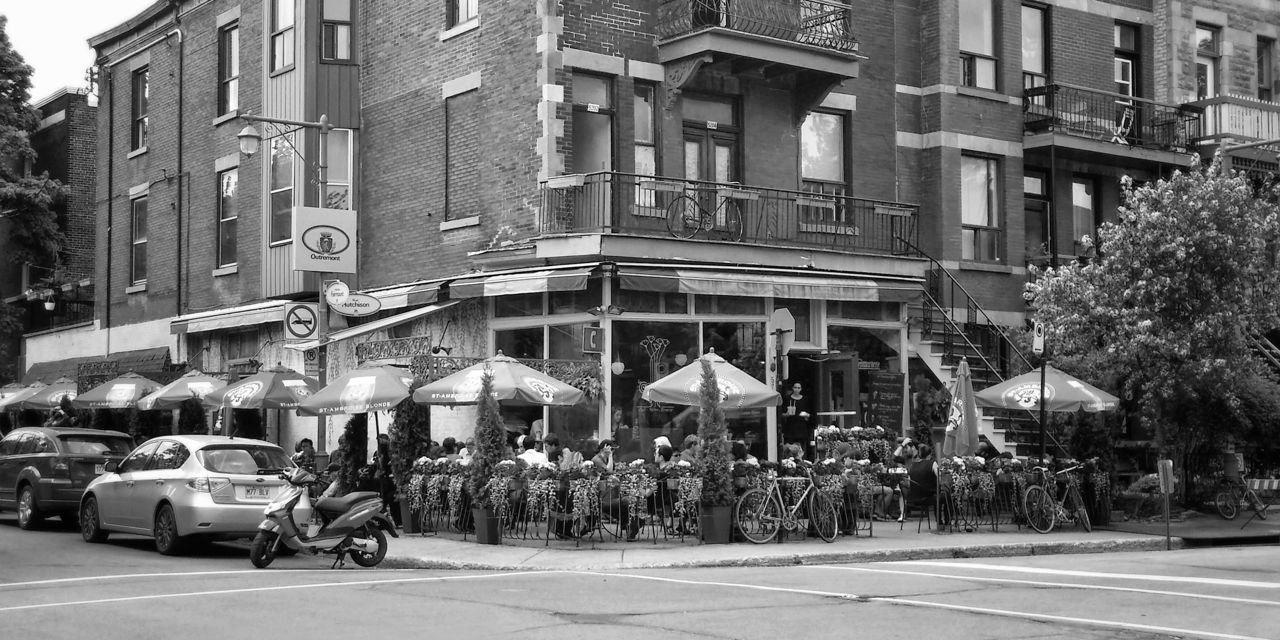 I clocked out about ten minutes after I clocked in. Maddy and me tried to keep conversation, but the air was a little to heavy for that. We mostly just rode the elevator down in silence. It’s weird how many kinds of ‘quiet’ there are, sometimes. We hit the lobby pretty fast. I called a cab while Maddy counted her change to pay the guy. On the way to some diner, she saw a sandwich place on the way she liked more. We got the guy to drop us off there, instead. We got an outside table with two beers a couple minutes later.

“It feels really good out here for February,” she said. She instinctively pulled out a cigarette, but paused as it touched her lips. “Oh, wait…”

Before she could finish, I fished a crooked roll from my pocket and lit it with a tiny lighter from the other.

“I thought you were quitting?” she asked.

“I’m not doing a very good job.” I leaned across the table, took the cigarette from her mouth, and lit it with the butt of mine. I breathed out a plume of smoke as I handed it back. “Don’t tell me you’re actually talking about the weather.”

“It is nice though,” she said, trailing off as she breathed deep. A garbage truck drove by right as she did. Her face wrinkled in disgust. “Maybe not that nice. I didn’t want to get into the heavy stuff all at once, okay?”

“I’d rather just get it over with,” I said. I knew where this was going. “It’s like cutting off a finger. You need to do it clean and fast.”

She looked at me like I’d said something crazy. “Max….” Her eyes jumped, for a millisecond, to my hand. Maddy blinked and looked away, taking a pull on her cigarette. She sighed out the smoke.

Turning around, she sat up straight and looked me dead in the eye. “Have it your way,” she said. “I’ve gotten about thirty texts and calls about you this morning alone. Just about everyone in the office has a story to tell, but I want to hear it from you. What happened at Soren’s party?”

I took a minute to smoke, letting Maddy think I was trying to remember. Honestly, there just wasn’t that much to think about. Not from my angle, anyway.

“So it was Soren’s birthday yesterday. His girlfriend wanted a surprise party in the office. I barely know the guy, so any party I went to would be surprise, anyway. Anyway, I came out of my office and… saw cake, basically. I just kinda got in line. After that….”

That was the part that fogged over. I tried to pretend that I was just thinking, but I got really fidgety. Tapping my foot. I can’t say for sure, but Maddy probably noticed.

“So… I got in line and… I guess a whole lot of balloons popped at once or something. No idea.”

“Everybody jumped and started yelling and laughing.”

“The… The next thing I remember, Soren’s lying on the ground ten feet away and holding his side.”

There’s a knife in my hand.

“I dropped it and just… Stood there. I went to help him up. He didn’t take it, probably didn’t even see it, so I just kinda said sorry and left. I guess they called an ambulance after that.”
Maddy kept silent, mulling over the story to get a taste for it. She sucked her cigarette down to the filter before saying anything.

“They told me his nose was broken, too,” she said, quietly.

“No, it wasn’t. Dislocated. Doctors could pop it right back in.”

“Well…that’s good. They also told me it was Thomas that popped the balloons.”

We chuckled for a minute. Before we could start talking again, the our food came to the table. I’m pretty sure both of us were needing some kind of distraction. The waitress tried out some kind of chitchat, but neither of us said anything back. Even once she left, me and Maddy just kind of stared at our sandwiches for a minute. She looked up first, trying to put on a mean expression, but failing. She still didn’t say anything. I talked first. The way she was looking at me, she probably meant for that to happen. Clever.