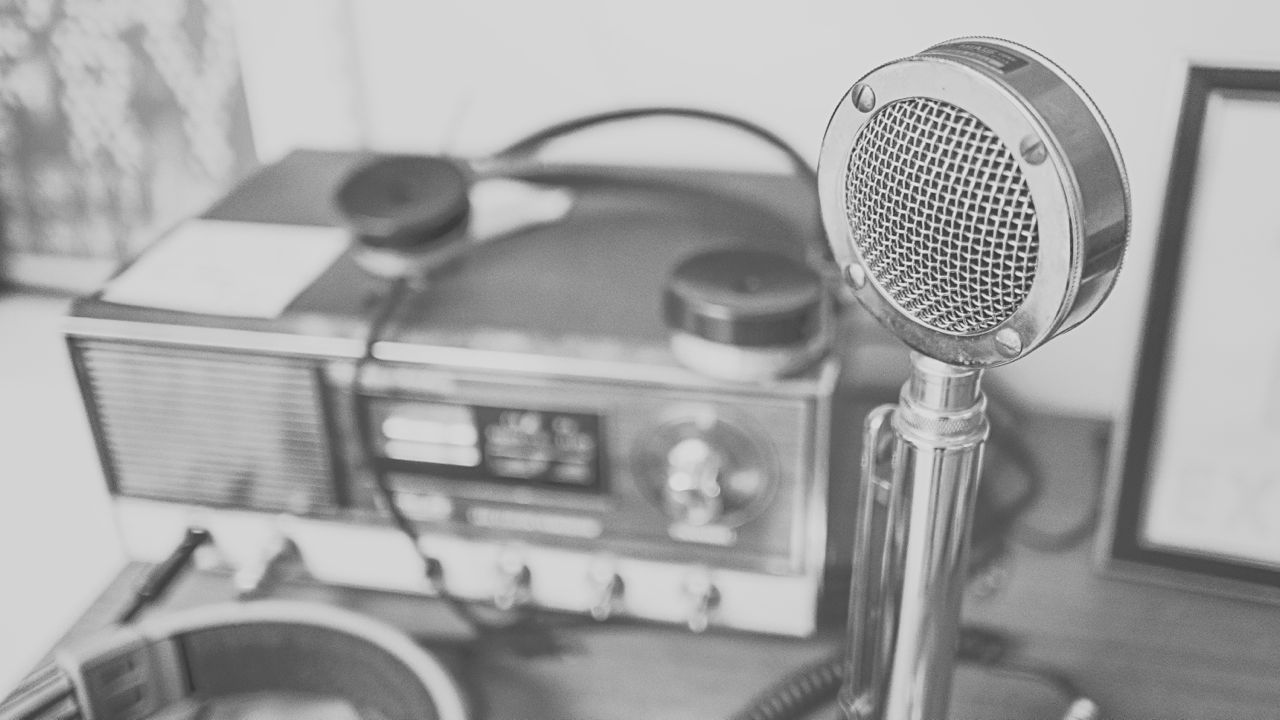 Colin had strong views on many subjects; he’d made an entire career from doing so. He had been hosting a popular radio chat show now for over fifteen years. Millions of listeners tuned in to hear his opinions on all kinds of subjects from Gay Marriage to Horse Meat in Cornish Pasties. Some people viewed him as a bigot and a dinosaur, some thought he was a voice of the every man, and some viewed him as parody: “He totally knows what he’s doing, it’s very post modern”. Colin was very aware of these people and he thought they were all “fucking wankers”. However people chose to perceive Colin’s personality, the fact was that he always got great listening figures. The controversy around his outlandish views on sensitive topics only helped to fuel his growing popularity. He was like the Jeremy-Clarkson-Meets-Alf-Garnet of the radio broadcasting world.

Amy had tried her best to stay under the radar as far as the press and media where concerned. She had no interest whatsoever in cashing in on her dad’s celebrity status.

Amy drove her mother to the doctors and sat in the waiting room, she was seated next to an elderly gentleman who kept coughing without covering his mouth. She looked around the room at the posters. After exhausting the reading material on the wall she picked up a woman’s magazine and started perusing the pages. She didn’t often read anything like it, but was curious from a sociological point of view. It had all of the regular stories of women being too thin or too fat, celebrity break ups and fashion dos and don’ts. Someone had drawn a moustache on Carmen Diaz and in a weird kind of way it almost suited her. She imagined her in a top hat and a cane, doing the Charleston with a row of chorus girls behind her. This brought a smile to Amy’s face. “You look pretty when you smile,” a voice said from doorway. Looking up she saw that it was her mum.

“I can’t remember the last time I saw you happy”, Mad was noticeably more lucid than usual.

“What did the doctor say?” asked Amy.

“My blood pressure is normal and they said that they will do some blood tests and let me know,” Mad said.

“And how are you feeling?”

“I’m OK, but I’m exhausted, everything is a struggle at the moment. Just getting out of bed seems difficult. I’m sure I’ll be okay when I’ve had some rest.” Mad wasn’t convincing either of them.

Amy drove back from Chelmsford through the winding country lanes of Essex, she liked driving at this time of day. There was no congestion and the boy racers were either at work or still in bed. When they got home Mad took her pills straight away and rested in the front room while Amy made lunch. Mad was staring at her food, the medication affected her appetite. After a few bites she went back up to bed.

Once Amy had done an hour of job-searching she decided to log into her twitter account. One of her pen-friends had tweeted a brief account of her recent holiday, with a link to pictures of Tuscany, and another was from Loveness who had made a comment about a young African stand-up comedian dying with the tag of #zedlist. Amy clicked on the tag to see other comments on the subject and found thousands.

That evening at dinner Amy mentioned the Zed List phenomenon to her father.

“Did you know that there has been a massive increase in deaths of minor celebrities over the past few months” she said.

“What are you talking about now?” Colin said.

“Loads of people are talking about it online, and they are saying that celebrities are part of some kind of conspiracy or cult” she said.

“Give me a break. You need to watch what you read, instead of filling your head full of crap,” Colin said.

“I just thought you might want to know, being part of that world,” Amy said.

“Part of what world?” said Colin.

“Y’know, you see celebrities in your job everyday don’t you, I just thought you might have heard something about it”.

“Now you mention it Amy, there have been some weird meetings at work recently, we all get naked and start chanting and drawing penta-fucking-grams on the…”

“I’m sorry I said anything” Amy said and continued eating her dinner in silence.

“Ask a stupid bloody question…” Colin said, laughing with a mouthful of pork.

The next day on Colin’s radio show he was tackling the subject of privacy in the media, following the phone hacking scandals that had been an on-going issue.

“Where is the line here? Do celebrities sacrifice a level of privacy when they take on the role of fame, or should the media have respect their personal lives? The phone lines are now open.”

The callers came in, being vetted by Lindsay the show’s producer, and then were handed over to Colin live on the air. There were people on both sides of the argument. About twenty minutes into the segment Colin diverted from the main topic.

“My daughter told me about something last night, a thing that people are calling the Zed List. Idiots are claiming that celebrities are being possessed by demons. Does anyone know anything about this guff? You know the number.”