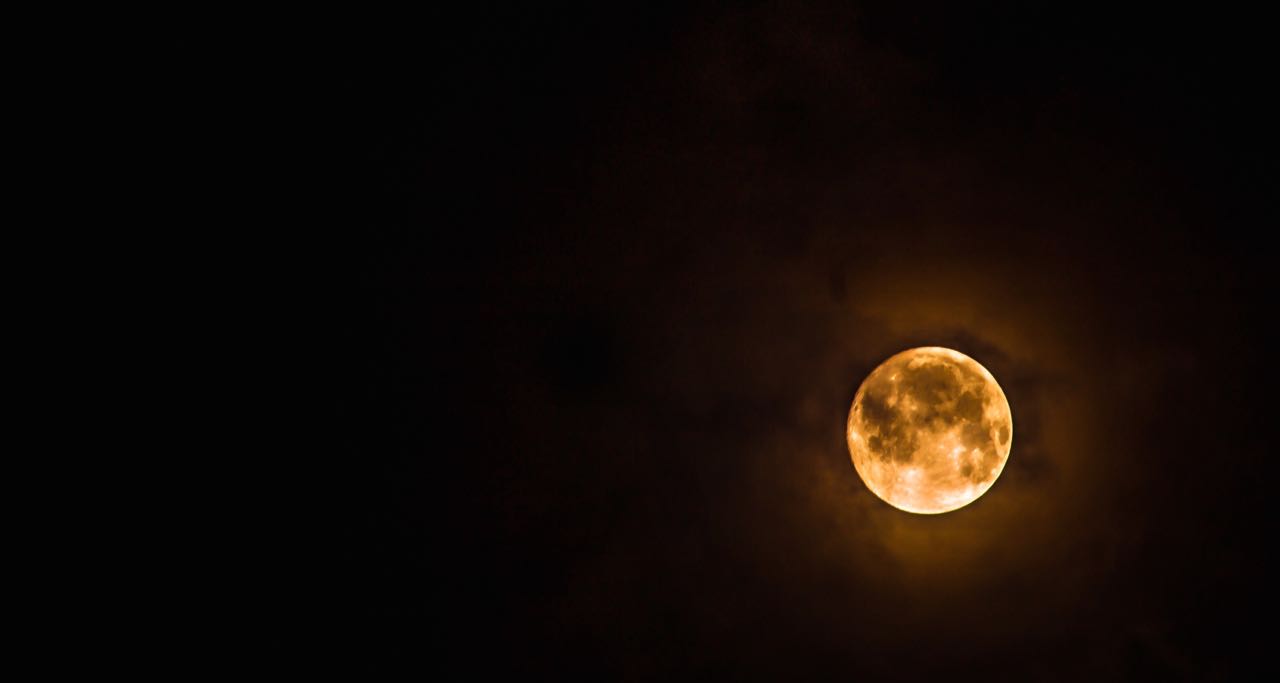 Quarter to three in the morning. Clouds roll in — blocking the moon.

I had set the alarm to wake me at eight minutes past three. My plan was to wake Frankie, so we’d see the “red moon.”

Thanks to a bathroom call — and those clouds — I don’t need the alarm anymore.