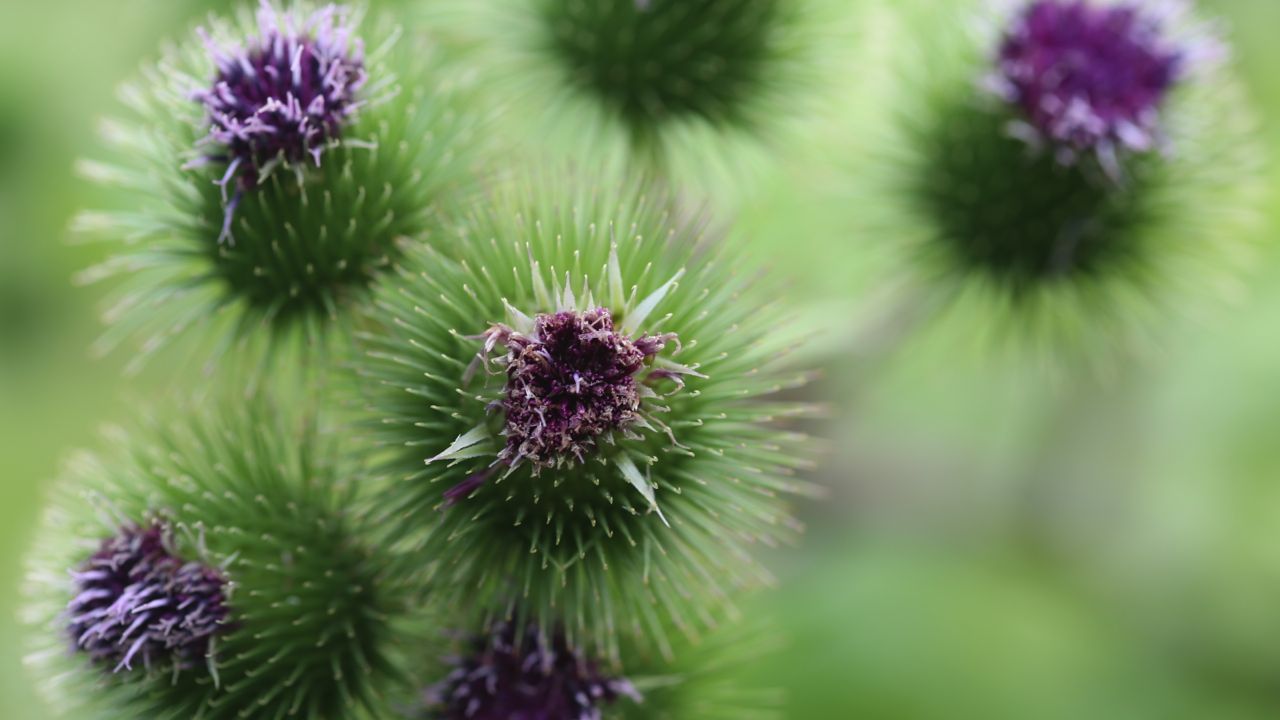 In the morning, when the ban on visitors has been lifted, Tricia brings a vase of gladiolus to her mother’s room, because she has a memory, however indistinct, of her mother loving gladiolus. They’re all twisted together, these impressions, these flashbulbs, not the tidy sequence that some children get but a tangle, like dirty clothes on a bedroom floor. They haven’t spoken regularly in eleven years, and the era that predates that silence is a near-indecipherable collage: a thick brown canvas jacket; two ashtrays by the living room sofa, both full; a few scenes from daytime courtroom shows, always muted; sun through a set of Venetian blinds, lighting up the gray strands in a mass of black hair that has grown so long as to be cause for concern. Somewhere in there, a few layers down where the sounds are warbled and the colors pale, is a sense that Marianne Blevik was a gardener in another life, and that gladiolus was her perennial of choice.

But her mother glances at the vase and shakes her head. “They won’t let you keep that here,” she mutters, folding back the edge of her blanket across her lap. “I could break it and make myself a sharp object.” Somehow, her bitterness seems directed at Tricia more than at the anonymous offending staff. This hurts Tricia in ways that should not be possible from someone who is more or less a stranger to her.

It’s been a little more than forty-eight hours since her mother was admitted. The circumstances have been kept deliberately vague at her request, and there are no outward signs, no bandages or bruises. Tricia wants to resent that act of withholding, a fresh barrier erected between them at a time when communication is most crucial. But instead she finds it relieving, so that what resentment she can muster she aims at herself instead. When the hospital called, she was in the midst of a weekly ritual: baking a complex recipe—chocolate chess pie with sundry nuts and spices, a few drops of cinnamon extract, a pie shell from scratch—which she would promptly throw away as soon as it was done. It’s the baking itself that soothes her, the pounding of dough, the crushing of walnuts, the deadly whine of the pastry blender. The pie as object, as sustenance, she has no use for. Her mother never cooked anything sweet when they were young together, and now that Eric is gone (and Dan, and Isaac, and Terry) she has no one to serve it to. Work has been hell; her friends have been calling her up every night with problems so inconsequential, so smacking of privilege, that she longs for the days before cellular, when a call could be annihilated with the sound of hard plastic crashing into the hook.

She comes home, she watches TV. She bakes. Although her love for her mother endures, it’s the sort of love some people have for songs they haven’t listened to for many years. She’s overwhelmed enough already.

“I’m sorry,” she says now, watching the stems distorted through the beveled glass. “I didn’t realize.”

Her mother says nothing.

They are surrounded by the ephemera of hospital rooms. Plate of half-eaten lunch, thick ruts of mashed potatoes and a husk of brownie that could be made of packed soil. Sheaf of papers in a slot at the end of the bed. Cloth tote in the other guest chair by the window, filled with paperback books and cigarettes she can’t smoke and several pairs of thick wool socks. And that canvas jacket. No cards, though. No balloons. Even if such a gesture were appropriate, none would have arrived. Her mother has never been very diligent about constructing a support network, has never sent a single card herself. Nowhere has that paucity of feeling been more apparent than here, now, where even the food is only black and white.

What had Tricia hoped would happen? What was her endgame, coming here? She needs this question answered so urgently she nearly asks it aloud. But circumstances being what they are, she’s afraid of voicing any sentiment too strongly, has imagined some kind of equilibrium that won’t bear disrupting. But her mother shows no signs of such a state. She sits upright, arms crossed, clearly jonesing for a cigarette. Tricia knows that hunched, petulant bearing from afternoons spent in waiting rooms and grocery checkout lines. It’s either a cigarette she’s waiting for, or her daughter’s imminent departure. So Tricia stands up, takes her coat from the back of the chair, reaches across her mother’s covered legs for her vase.

“No, just—” her mother starts. Her arms unfurl from the loose folds of her gown, and she reaches forward, hesitantly.

“What.” Tricia is so ready to go, she’s not especially interested in bickering about the flowers now.

“Mom, you just said they’ll take it away again.”

“Well, you brought the damn things, so let them do the work.”

“Trish, just leave them!” Her mother is a low alto, and her bellow surely reached the better part of the hospital floor. Tricia feels her cheeks go hot, and she doesn’t know why, whether it’s the certainty that someone will be in momentarily to make sure nothing has happened, or just the shame, however dulled and rusted over, that a mother’s berating can elicit.

For a second, Mrs. Blevik looks nearly as startled. Then the sad line of her brow collapses again into irritation. “They’re fine,” she says, in precisely the same tone she used to dismiss them earlier. “Just don’t worry about it.”

“How is it fine if it’s against the rules? I mean do you want them here?”

She curls her lips into a sideways pout, like she’s just been subtly maligned in front of company, and must hold back her desire to retaliate. And actually, on her way out the double doors of the hospital in another three minutes, playing the scene over and over in her head, Tricia won’t remember what she said to that. It will be something perfunctory, noncommittal, clearly designed to get her out of the room with a minimum of further commotion. What she will remember instead is walking out, waiting thirty seconds, and then leaning back in, slowly, to find her mother staring at the vase, knuckles pressed hard to her cheeks, as though to hide something there she doesn’t want to have to explain.