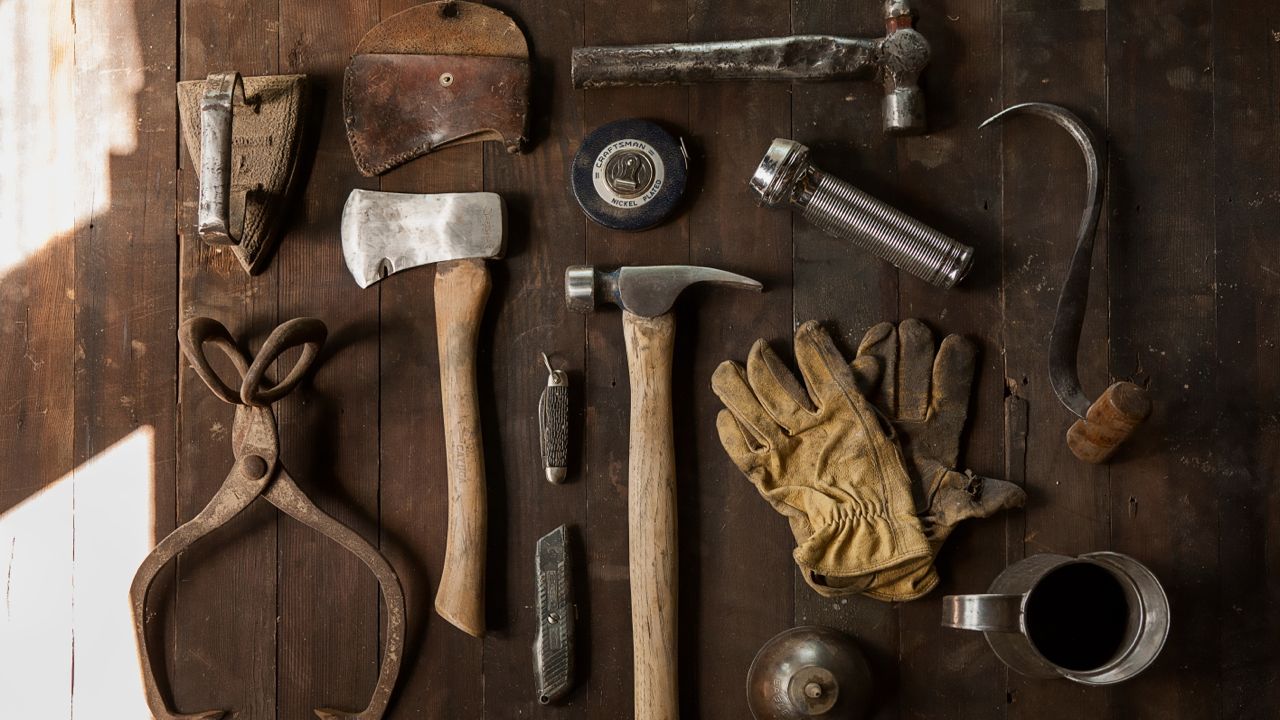 A light striking sound wafted up the street on stagnant air. Something took measured, crashing steps up Sixths Avenue, remarkable only by its steady rhythm. I’ve imagined things here, on this bench. Voices and footsteps and songs and my own name. Remnants and residue. This sound of breaking didn’t come from my mind. In fact, it had a face.

Someone came up the street, on the opposite sidewalk. I had perceived him coming from a long way away, but it had taken much longer to consciously acknowledge his existence. The surprise of seeing this man, the first human being I had seen in a very long time, was pushed aside by confusion. The man, only barely old enough to carry that title, walked with a quick but precise pace past the abandoned shells of buildings.

In his right hand, he carried a large and weathered claw-hammer. He would come to an abrupt stop every time he encountered an intact window, raise his arm, and smash it to scattering bits with a single blow, sending twinkling stars of glass bouncing over the sidewalk. He did this with a deliberate rhythm, his route planned, mapped, and outlined down to the smallest variable.

Moving forward, he stopped in front of a once-lucrative boutique, one that had miraculously kept its storefront display window unharmed from all but clouds of dust and ash. With a swing, his hammer bounced against the thick glass, a small spiderweb cracking from the impact center. Flipping it around, the man used the claw end of the hammer to chip into a small point toward the bottom of the frame. He struck this point with the blunt end. As he skirted out of the way, the thick plate groaned forward and fell from its setting to demolish itself against the ground. Never taking a moment to admire his handiwork, the man continued nonchalantly on his way.

I, on the other hand, had been jolted awake for the first time in years. I felt the crash in my chest as well as in my ears. Barely conscious, I stood on weak and aging knees and crossed the street as quickly as I was able. My steps, though insignificant, kicked up plumes of ash that fell like snowfall against the cars I passed. Already panting, I managed to catch up to the man as he stopped to furiously tear into the crystal awning of a bust stop. Staring at me, he wiped sweat from his forehead and put his hands to his hips.

“These use thicker glass. It’s hard.” It was the first voice I had heard in a long time. It was youthful and deep, but ragged. He had not spoken for a very long time. The man wore a thick pair of jeans, stained black by miles of clinging soot. Over a thick coat, he carried a small bag. Taking it down, he opened it to reveal it contained only a mass of tools, conventional and improvised. Crowbars, handaxes, sawed baseball bats, and more. Water, food, bedding, and more were nowhere to be found. Slipping the hammer into the bag, he exchanged it for a sharp climbing pick. Flipping it over in his hand, he used the sharp end of the handle to bash against the edges of the glass, spawning more and more cracks that crossed each other like rivers on a map.

“Wait.” My voice was thick and heavy as well, with a surprising rasp of sickness behind it. The man stopped, looking my way with abnormally large eyes. In spite of the death that littered the planet, there was a spark of light in those eyes I hadn’t expected. Although, it just as easily could have been sunlight glinting off the pieces of something broken inside. He was young and tan and healthy, something far more peculiar than if he’d been a thin wraith, shriveled grotesquely into little more than bones.

“What are you doing?” I asked, my own voice alien and strange. Language had become something of a novelty and it took a moment to find the words. Apparently, the odd man felt the same. He opened and closed his mouth, like a fish gasping for air, before he took hold of the pick and slammed it through the pane, jagged shards bouncing harmlessly from his thick boots.

“That.” He looked at me, as if for appraisal on his work. The gray eyes, either of steel or of dust, bored through me like an animal’s. He was a paradox. Feral, but refined. Mindless in action, but singular in purpose. My presence was a vague ghost of an interruption, one that he had deemed far less important than the task at hand.

“Why?” I asked. He blinked. The question washed over him like waves over a boulder. When the tide finally pulled out, he never answered. Ignoring me, he took hold of the pick with both hands and began chipping at the sealing around a smaller pane. When he was finished, he picked up his leg and kicked it to the sidewalk, where it shattered.

“I like to use gravity to break them,” he said. “That doesn’t work with the thin windows, though. That’s why I use the hammer most of the time.” He slung his bag around and replaced the pick for his choice instrument. “I thought about carrying a sledgehammer, a small one, but this one does the job well. Lasts a long time, too.” Reeling he back, he let the hammer fly through the smaller panes of the bus stop until it was nothing but a skeleton.

previous: THE GLASS BREAKER – PART ONE

all chapers: The Glass Breaker