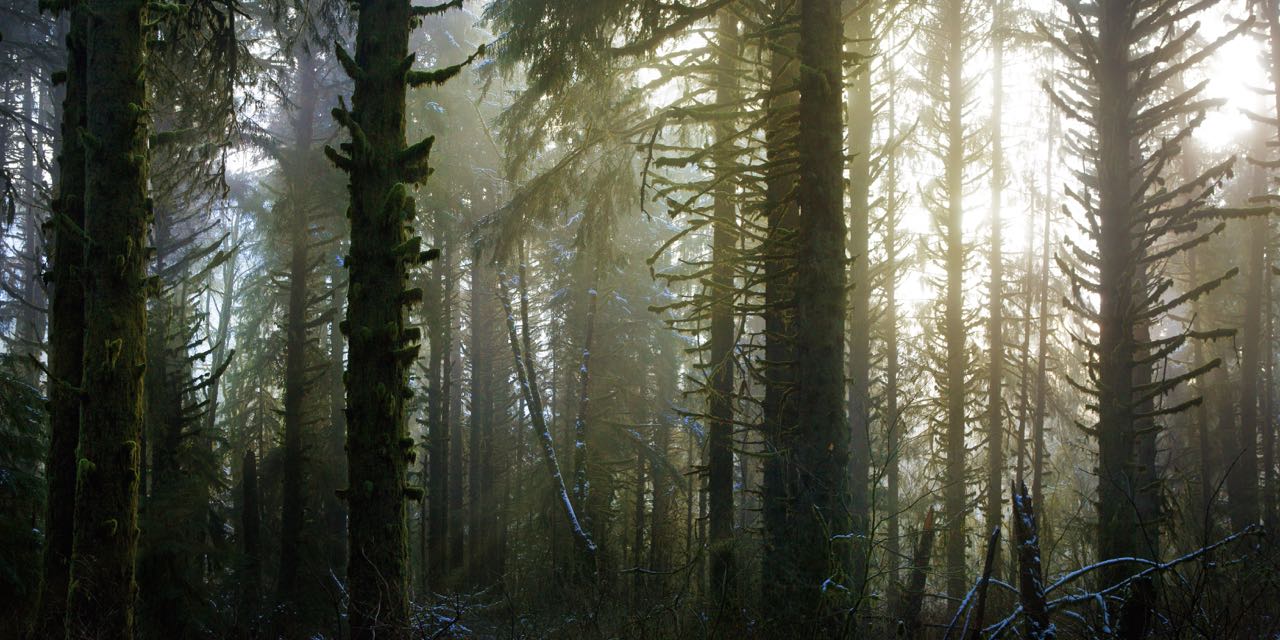 Raven & the Secret in the Forest – Serial Fiction

book 1 in the ‘Raven Kingdom’ series

“A young boy who lives with his grandmother in the forest is amazed to discover that one day he can understand the words of a raven. The raven leads him to a secret buried deep in the forest, one that will change the boy’s life forever…”

The raven just stood there for a few silent moments, alert and attentive as a watcher dressed in black. He seemed to be drinking in the moment, as if he had been waiting for this very moment for a very long time. The atmosphere between the bird and the boy was filled with a quiet joy and a deep, calming peace. It seemed to thicken the very air. Raven could feel the bird’s glowing energy like a a heat from a burning coal radiating off him, and it filled him with wonder. The raven’s feathers moved gently in a breath of wind, like silk might move under water. The edges of his feathers almost seemed to glow like gold. It was a breathless, magic moment, as Raven watched his feathered companion get lost in wonder.

Raven was marveling because he, too, had felt this same way when he had stood watching the morning dawn, when a thousand tiny moon-jewels of dew made the green fields and the trees tremble with a milky magic, he stood in this world, a boy alone in the chill of the morning’s youth, and clutched a single stalk in his hand-dandelion clocks-a single, frozen frame of an eyeblink-caught in the rich thud of his heartbeat-and in that moment he had felt completely at one with the world.

“It’s time.” The raven’s voice broke the stillness at once, like the crisp crack of a brittle twig in a midnight forest. His voice was like a crack of thunder in a speechless sky, loud even though he spoke softly, and it brought Raven to life as if he had been a stone statue. As he knelt, he felt like he did in dreams, not in control of his movements but rather as if some higher force was moving his limbs. He knelt, and reverently grasped the key with a steady hand. It burned like an ember in his palm. Through a glistening tunnel of mist he gazed steadily at the box.

Everything-his surroundings, and his mind, seemed strangely clear as he fit the key into the lock. It slipped in as smooth and as silent as silk, as though it had been waiting to be one with the box once again. With a flick of his wrist he turned the key, and then there was a soft, rustly purr, and a buzz of energy came from the box. The rumble made the box shake like a compact earthquake in his hands, and lit Raven up like a lamp from the inside out. Raven lifted the lid of the box.

Time stood still, and Raven and the bird were suspended inside it, forever. As the lid lifted, bright, strong, burning beams, like gleaming strands of gold, escaped from their dark wooden prison. For a moment, Raven was struck blind, as if the sun itself was kept prisoner inside. His whole world was blinding light. Then, the light dwindled and slowly grew gentler, subduing at last to a gentle, smokey glow.

“I’ve lived this moment many times before in my dreams,” spoke the raven. “but never has it been so glorious as this.” Raven heard what he said in the back of his mind, but the bird’s voice was faraway. He was transfixed by the box. As the light diminished, a whole world glowed out from inside the chest. It was a treasure, but it was more than that, it was a king’s treasure, a fairy fortune, a priceless inheritance that was far too vast and valuable to belong to just one man. Raven was dumbfounded by the glory. The inside of the chest seemed bigger and deeper than it appeared from the outside-so many wonderful things glistened inside, and the treasure seemed to burn of its own light. There was silver, and gold–so much gold, but the treasures inside exceeded far beyond mere gold. Sparkling gems of every color, magical items, and ancient odds and ends-there was wealth enough inside this one box for an entire kingdom.

The gold and silver was like a nest for jeweled birds and sparkling daggers, opal and moonstone eggs nestled next to silver snuffboxes and miniature books encrusted with emeralds, rubies and sapphires, their pages pale as milk. There was a tiny, perfect golden bird cage with a diamond bird inside, and iridescent dragon scales. Wooden tinder boxes carved with runes and flowers lay half buried in pools of gems that glowed like deep blue water. Clockworth moths with velveteen wings perched on stacks of old, rusted dwarf-coins, and in one corner amber bees clung to a rippling, golden cloth, spun so fine it was nearly invisible. There were pearls as glossy and bright as little moons, and a twinkling stone as big as Raven’s fist that seemed to have the light of a star captured inside.

Raven sat deaf and dumb, and drank in the beauty of the treasures before him. His grandmother’s stories often had magical treasures, but none even came near to this, and even his most vibrant imaginings could not have prepared him. This was not one man’s treasure. It was the fortune of an entire kingdom. He noticed a delicious smell coming from the box-it was an earthy, papery smell, like the essence of a locked-up book closet, wild like a winter forest, a little sharp and warm like ink, with sweet hints like apple leaves and caramel. It was a beautiful fragrance, and Raven recognized the smell from somewhere, though he could not remember where.

“And now you know my secret,” said the raven in a reverent tone, as they both gazed at the fairy treasure together. It lit their faces with a golden glow as if it had been a fire. “The treasure that was in my safekeeping, until the time comes…”

“But I don’t understand,” said Raven, “even if this treasure were evenly divided and spread among half the kingdom, there would still be plenty wealth to spare.”

“That may be true,” “said the raven, “ravens are renowned for their collections of shiny objects, but this–this is truly the ultimate shiny collection, and its value goes beyond words or comprehension, but it is not mine to give or divide. I am only the guardian, and it is in my safekeeping until a certain day. But now that we’ve put the hardest part behind us, you had best get home to your grandmother, because it’s already growing dark.”

Raven broke his eyes away from the treasure and looked up. When his eyes adjusted from the glare of the gold, he felt his heart sink. Dusk had crept up between the trees, and shadows lurked in the hollows like sneaky beasts trying to stay out of sight. The sun had already sunk beyond the horizon and a damp chill settled in the air. “I don’t remember which way is home,” said Raven in a small voice. He felt a panic rise inside his chest, but he quickly swallowed it down. Besides, it’s dark already! Grandmother says that the hour just after darkness is when wolves begin to prowl.” Just thinking about ferocious, foul-fanged wolves made Raven’s skin crawl. He looked at the bird. “What should I do?”

…To be continued…
Don’t miss out on “Raven, Chapter 4,” airing right here next week!

If you enjoy this story, please do share the love with me and share it on social media, and if you have any criticism or feedback, leave me a comment below, I’d much appreciate hearing your thoughts! Thank you for reading!

Artist, dreamer, coffee addict, vagabond traveler and world's most creative adrenaline junkie. I'm in love with poetry & dream to spend my days writing Steampunk fantasy, drinking tea & drawing what butterfly wings look like under a microscope. I have always been most drawn to writing about legends, whether that's retelling them or completely re-imagining them, because there is so much mystery and potential there. I believe that the most inspiration comes from our darkest days, not the ones where we are happiest, because if we are happy, we don't have much to write about. A few years ago, I spent over 9 months in Karaganda, Kazakhstan where I taught EFL during the day and wrote poetry by night. During that time I was at a really fragile point in my life, so writing was really my only escape. I wrote over 200 poems during my time there, which sparked my love of the genre. I don't follow any particular type of poetry or rules, I just write what feels right, sometimes all rhyming, sometimes only partially or internally rhyming, and sometimes not rhyming at all. Besides reading other authors' poetry, I am most inspired by Hans Christian Andersen's and Grimm's Fairytales, and well-written modern fantasies. I like a style that is reminiscent of Tolkien as well as fantasies that borrow a lot of material from preexisting fairy tales, folk legends and mythology. My writing strengths, as told to me by those who have read my work, are a great talent for visual description, especially in my poetry, for example, putting words together that conjure up vivid imagery in people's minds. I like to call that "word-art." I write about people's emotions, I describe feelings that they know very well but can't put into words, and that is why my writing is personal and easy to identify with. One by one, the poems come down From their flight on high Like so many wild, winging birds And alight on my paper, mine at last. To get chapters of my NEW Fantasy series Raven delivered to your inbox every Friday, visit Raven's webpage & enter your email address in the form! http://www.raventheseries.weebly.com Besides weekly chapter of Raven you'll also get: ~Exclusive Freebies, giveaways, discounts, gift cards, prizes, special offer, event tickets, and more!