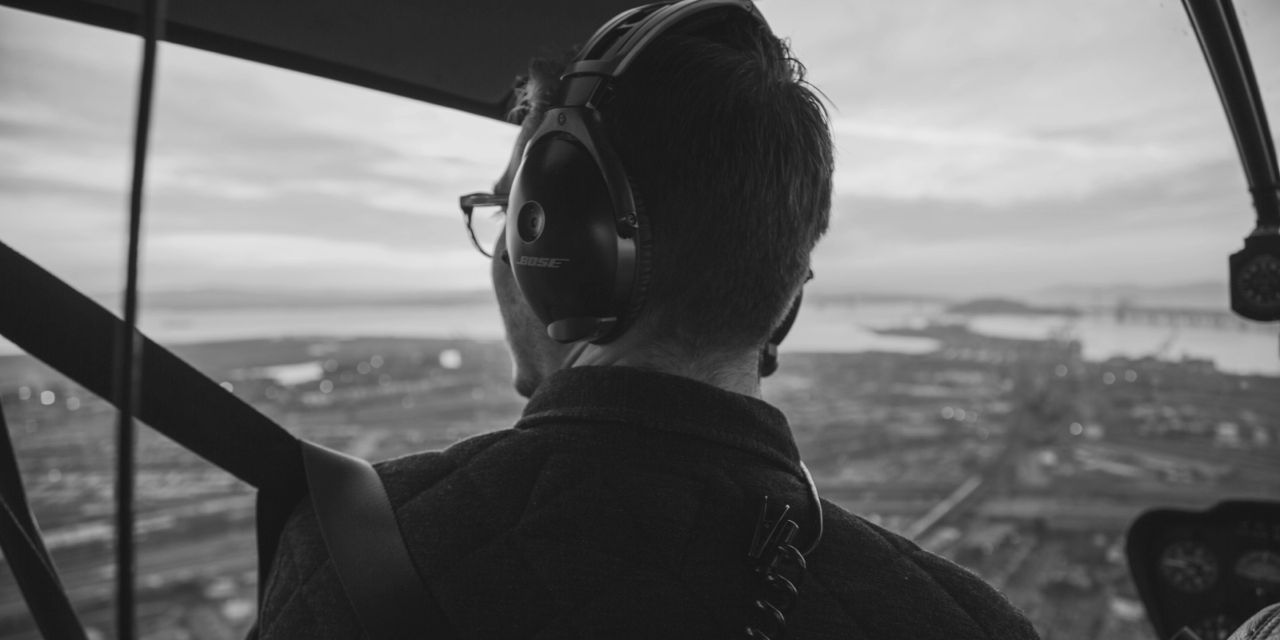 “How are you feeling?” Kevin asked, speaking slowly.

“How do you think he’s feeling? He’s been trippin balls while watching a man get his eye gouged out with a…”

Kevin interrupted Alex with a slight scowl, “Do you think you are able to fly?” He asked Geoff.

“Yes”, he said, “I could do with a coffee though.” The man was of average build, but looked rather diminished as he sat on the floor with his shoulders hunched, knees bent and legs together. He was understandably distracted and his eyes kept darting towards the door, as if expecting some new abomination to come charging in.

They all shuffled out of the room. Kevin and Tim led the way, with Amy and Alex at the back like teachers on a school trip.  Suddenly the room was alone with only Dale and Colin’s mangled bodies to keep it company. The hostages were proving very difficult to move, getting distracted easily and kept stopping to focus on minutiae as they walked down the hall. When they arrived at the foyer Kevin jumped behind the reception and reconnected the phone. After about five minutes the phone rang and Kevin picked it up.

“Hello” came a gruff voice down the line”.

“To whom am I speaking?” Kevin said with what looked like a faint smirk.

“You know very well who you are speaking to, this is Chief inspector Hudson. There have been four gunshots heard, is anyone injured?”

“No”, In Kevin’s mind this was technically true. He didn’t think that death could be described as an injury.

“Good”, Hudson said, “For us to resolve this we are both going to need to cooperate with each other. I need you to let some people go, we need to know that we can trust each other.

“Let’s cut the crap. I don’t trust you, you don’t trust me. We are not friends. I will have a set of demands and you will listen, unless you want people to die. Now listen to me carefully. I have access to satellite footage. If you and all your men are any closer than three streets away at any point in the next thirty minutes, then I will let all of the hostages go, apart from three hostages who will stay with us.”

“I can arrange for that to happen, but to know that I can trust you to do as you say, I am going to need you to release half of the hostages now.”

“I will release five hostages, the rest are mine until your boys back off. For every one man to come any closer than agreed, I will kill one hostage.” There was a brief silence.

“Do you understand?” Kevin tried to sound as ominous as he possibly could, without coming off as theatrical.

Kevin put the phone down.

“Which hostages are we going to keep?” Amy asked.

“The pilot, you, and your mum”, Kevin said with a wink. There are two types of people, those who can get away with winking and those who can’t. Kevin definitely fell safely within the latter group.

The front door opened and five hostages came tumbling out. The police rushed forwards to get them.

“Right”, Hudson announced, “We need to clear the street. I want to secure the perimeter at a distance of three streets. No one, repeat, no one is to go any closer. Also, remember that any one of the released hostages could be a perp. So we need to treat them all with extreme caution until thorough checks have been undertaken.  Is that clear?”

This was met with another resounding “Yes chief”. From the more hesitant tone of the officers, it was clear that after the mistake with the building number, the men were beginning to lose faith in their leading officer.

“Are you going to check the satellite to see if the cops have backed off?” Alex asked.

“What satellite?” Kevin said, with a smile.

Amy had found a coffee machine that had not been spiked with LSD and bought a cup, which Geoff clasped with both hands and sipped it steadily. When he finished, they left the hostages in the foyer and made their way up the stairs to the roof. As they reached the second floor, Kevin could hear the sound of heavy footsteps coming from the floor below. He was very aware that he could only go as far as his slowest cohort. Amy’s mother was showing zero concern for the potential danger facing them. The footsteps below were getting closer and closer, Amy tried her best to up Mad’s speed by grabbing her arm, almost dragging her up the narrow stairwell.  When Kevin opened the door at the top, the cold air hit him in the face. Darkness had set in now and Kevin used the light on his phone to see the ground in front of him. He pulled his jacket up around his neck and followed Geoff towards the helicopter. Despite the seriousness of the situation, Kevin couldn’t help the familiar words of Arnold Snortzenwegger ringing in his head “Get to the chopper… Hnerrghhh”. Kevin and Geoff helped everyone into the back of the helicopter and then made their way to the cockpit. Kevin sat on the left and Geoff sat at the controls on the right. There were two pedals at his feet, controls by the seat to his left and what looked to Kevin like a joystick situated between Geoff’s legs. On lifting the left-hand lever up, the large piece of metal began to slowly to lift off the ground. The sound of the turning rota blades was much louder than Kevin had expected. He looked out of the window to see the helicopter’s lights revealing a huge figure making its way towards them slowly, as if trudging through a hurricane.

“We need to get the fuck out of here now!” Kevin said.

They rose to about ten feet off the ground as the figure disappeared from Kevin’s view, making his way under the helicopter. Suddenly the whole thing juddered and then tipped dramatically sideways. A shrill scream came from the back. Kevin turned around, seeing to his surprise, that the sound was coming from Alex’s lips.