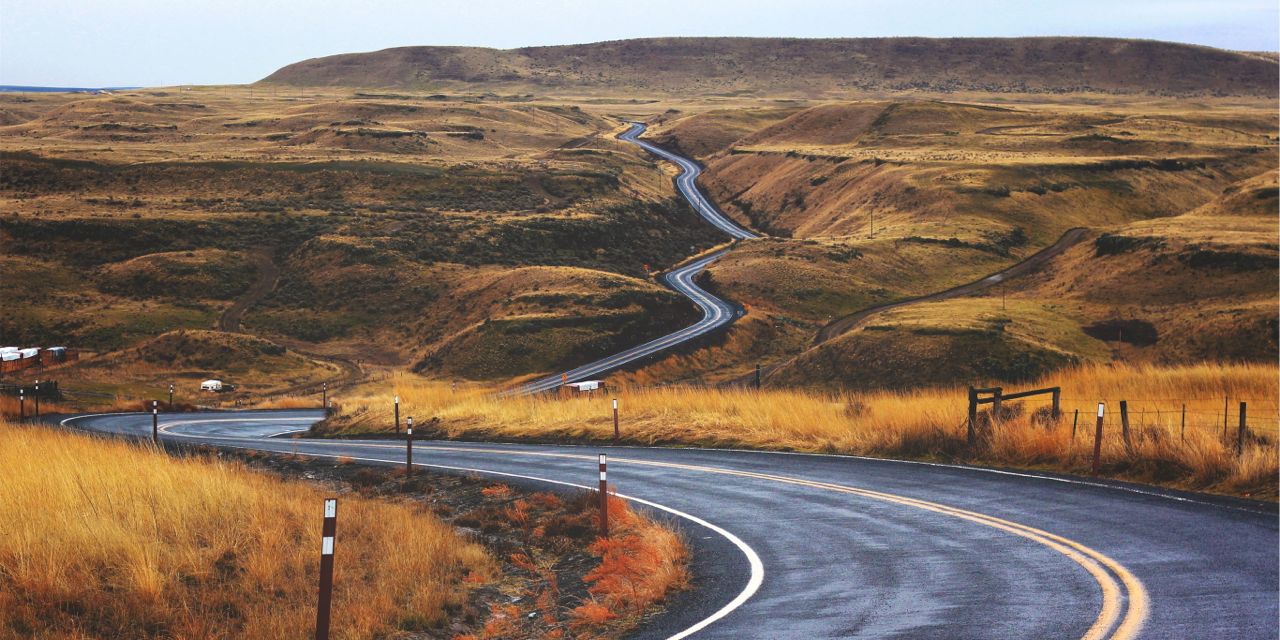 A condor rode an updraft high into the air, patiently searching for its next find. I was leaning my head against the window in the back seat of Eddie’s brand new blacked-out suburban. Oliver was in the front seat. I was just watching the bird soar as we followed my brother’s Silverado down the desert road. Gliding at the top of the sky, he looked like a master of all. Blood from my head was getting on his window and dripping onto the leather, but I didn’t care. That’s what these guys got for getting these new cars. I asked to borrow Oliver’s phone and called my mother.

I don’t know what to do.

It was mostly for Eddie and Oliver. To keep them in on my story. And maybe Mom could get a little sympathy going in Michael for his baby brother.

We kept following him down the road. We saw him talking on the phone right after I hung up. I smiled.

We walked into the bank looking fresh in our suits. Except me. I liked to put a name tag on mine and draw the banks logo on it. As a joke. Hi my name is James. I didn’t let Michael see, because he hated it. He said there was no room for jokes. Such a tight asshole. Michael raised his gun and fired it into the air. That was a new one. I looked up for some falling debris, but there was none. Then it clicked. That’s why he was at Ernie’s last night. I had followed him to the gun store last night. I couldn’t figure out what the hell he would go there for. But he had bought some blanks.

Jesus Christ the bastard actually hit me with his car. He got out with his shotgun like he was some kind of badass. But he was soft. He didn’t have the guts to take a life. I gave him the act and started crying. You should have seen it. Oscar-worthy. He raised his gun and pulled the trigger. The gun flashed and erupted. He had actually gotten blanks for the shotgun, too. What an arrogant asshole.

He got in his truck and peeled out down the street. Just as my brother did that, Eddie and Oliver were running across the street. They had to have seen everything. It was beautiful. I coughed some blood up when they got there.

What the fuck happened, Dale?

Jesus Christ. What did he do?

He ran me over. He told me he’s gonna kill my family. He wants the gold.

Michael said that? Eddie and Oliver looked at each other.

Yes. You guys gotta believe me. The pedestrians started coming over from the sidewalk and were offering to help. That was a new one, too. I looked down and realized I still had my goddamn name tag on. Gorgeous. I almost died.

An older lady was walking towards me. Sir do you need help? I saw the whole thing.

Ma’am if you could just tell us what you saw.

A man in a brown truck ran him over. Then tried to shoot him, but the gun jammed.

Eddie and Oliver looked at each other again. Thank you for your help, ma’am. We’re security. We will get this man to safety.

I could barely hold my smile. It was all too perfect. Eddie and Oliver helped me over to their Suburban behind the bank. I exaggerated a limp, but I was all right. The blood looked good. Felt good, too. We got in the car. I looked in the back and saw the duffle bag they had already loaded. Let’s go boys. We pulled out drove towards I-10 to catch up to my brother’s Silverado.

The fire was consuming the car now. Its glow washed the desert hill in oranges and yellows. We had run a good ways from it and were on the ground. I lay there and watched my brother’s car burn for a second. Took it all in. It was beautiful. I came back to reality.

Eddie, Oliver, go on the other side of the hill, towards the highway, make sure he doesn’t get away. I’ll go up right here.

I started up the hill to where the shots came from. I reloaded my handgun. I walked up the hill alone. I didn’t hear anything. The hill wasn’t tall, but it was rocky, with large boulders and cacti all the way up. In the glow of the fire I could see a trail to the top and I followed it. Michael had to have taken it. I walked slow, gun at eye level, looking and listening for any sign of my brother. I didn’t think he was messing around any more. He knew I was coming for him. I needed to win. The top of the mountain was in the shadow of the fire. It was dark with only the moonlight falling upon it. You could see the highway in the distance. I moved slowly, but there was no sign of him.

I heard a voice behind me. Move you die, Dale.

I stopped and still aimed my gun forward. Shit, you got me again, Mike.

What did you tell Eddie and Oliver.

I was still looking forward. The truth. You ran me over like a goddamn madman.

I don’t know. We split up. They could be anywhere.

Stop fucking around, Dale. Why is this all a game to you. Drop the gun.

I dropped the gun and turned around. He was pointing his shotgun at me from 10 yards. What do you want to do, brother?

I want to pull the trigger.

You got blanks in there, asshole? If you shoot me you are going to have a hell of a time convincing Eddie and Oliver that you aren’t crazy. I’d put the gun down before they stumble upon this little standoff and have to make some peace. He didn’t say anything behind his shotgun. You know I don’t think there’s much you can do right now. I walked towards my hand gun on the ground. You would have to start by killing your own brother. And I’m alone. They aren’t. I picked up my gun.

So why don’t you start by telling me where you’re going out here? I raised my gun. He didn’t do anything. I shot him in his right shoulder. He dropped his gun and fell to his knees.

What the fuck is wrong with you, Dale!

Give it to me. I started searching his pockets. I found the velvet pouch. He screamed again. Relax, brother. I just grazed you.

He coughed onto his hand and held it out into the moonlight. It was black.

Stop it. I just grazed you.

What are you doing? Does the money mean that much to you?

I’m beating you. I looked inside the pouch. All that was in there was a key. No diamonds. No jewels. Just an old, metal key about 4 inches long. What the fuck is this?

Michael was on one knee now and holding his side. He struggled to say it, but he just had to ridicule me. It’s a key, Dale.

Michael fell over. He was really putting on a show. Bye, Mike. Thanks for the key. I started walking back down the mountain with the key to Eddie’s car.

We were following Michael east on I-10. We were the only cars on the road and the sun had been down a half hour. We were a few hundred yards behind him when he pulled off onto a dirt road. We followed behind. He disappeared behind a desert hill.

What the hell is he doing?

We followed behind and went around the hill. When we saw the Silverado, the head lights were pointed right at us. He was blinding us. Eddie and Oliver got their guns out of the dash. Sorry, we don’t have one for you. They got out, leaving the engine running and the brights on, blinding him back.

I got out of the car and pulled my gun from the back of my pants. It’s OK. I got it. I always carried it on bank jobs. I didn’t care what Michael said. I wasn’t going in there unarmed. I walked towards the car and fired a few shots into the drivers side, where my head had hit earlier. The report echoed of the dark rocks of the desert.

Dale, cool it. Are you insane? I didn’t listen. The three of us approached the car slowly. When we got there, Michael was no where to be found. I searched through the car, but his pouch was gone too.

I walked to the gas tank and undid my tie while the boys where looking through the cab. I slipped my tie into the gas tank and soaked it through. A shot came from the hill behind me and hit the ground around me. It was a shotgun. I wasn’t worried at this range. I left a little of my tie hanging out and took out my Zippo and lit the tie. Another blast came from the hill the truck was parked by.

Boys! I’d back away from the vehicle. We need to go!

He’s trying to blow it up. He’s shooting at it.

Eddie and Oliver got out and ran to the far side of the car and lay on the ground. I did the same. And waited. Then the car jumped into flames.

I walked up to Michael. He was laying on the ground in the dark atop the hill. His shotgun was at his feet. I hurried up to him, with Oliver right behind me and kicked away his shotgun. Where’s Dale?

He looked up at me. His breathing was slow and labored. His shirt was soaked through with blood. He fucked us, Eddie.

Right then I heard my car start pulling out onto the dirt road. What the hell?

He lied to you guys. He tried to kill me and steal my cash. Michael had to force the words out now. That’s what he wants. That’s all he wants.

I looked at Oliver. Where is he going?

Silver City. Our mom’s place. You’ve been there. Boys, don’t let him win. He can’t get away with it.

Boss, we’ll carry you down.

Oliver, I’m not makin it. He groaned a little. You need to go. Now.

You sure you don’t need… help.

I can take care of it. All I ask is that you leave now. Catch Dale.

I grabbed his hand one last time. I thanked him for being my brother. Oliver and I began to run down the hill towards the highway. We needed to find a ride. We heard a shot from the top of the hill.