The Healing Power of Ham: Some Ham-Only Recipes for Active Adults 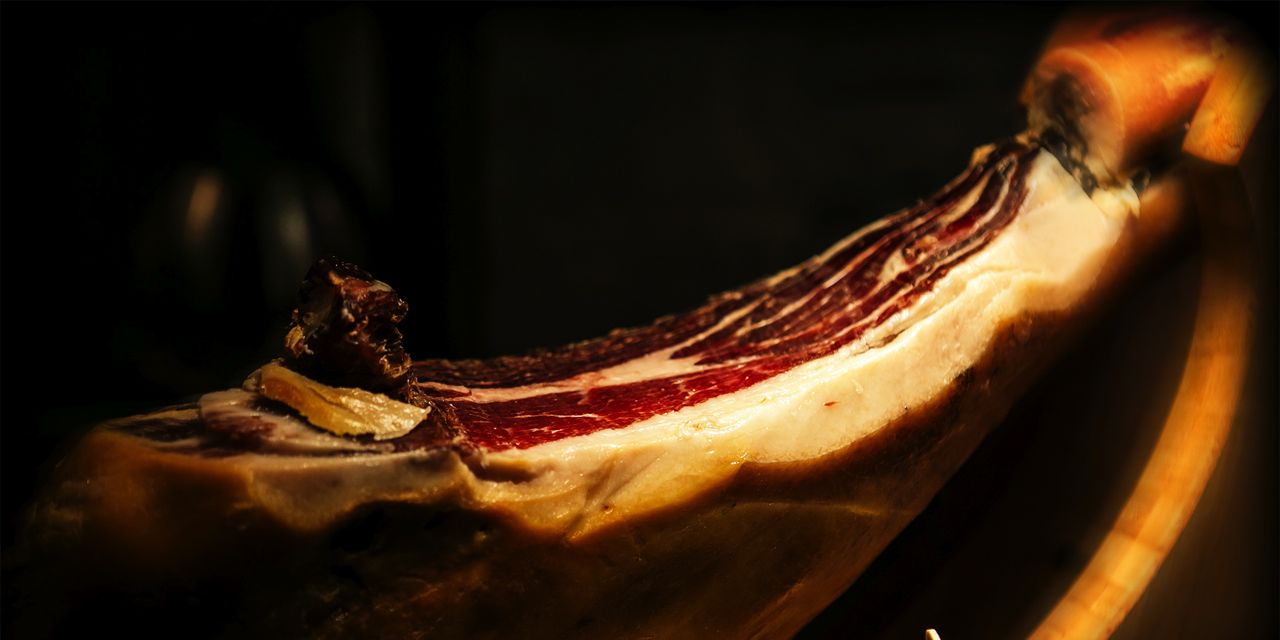 If you’re anything like me, and I strongly suspect you are, you love ham and think of it alone as food. All animals deserve to be eaten, but only one was sent down to us from on high to cleanse us of our misdoings: ham. The media raves on and on about the latest diet trends, and it’s gotten ridiculous. It makes me sick seeing people deceived into cleanses, vegetarianism, and regular exercise thinking they’re going to get results. Let’s get real. These non-ham diets are all a bunch of hogwash, and I’m not going to let some quack nutritionist tell me otherwise. He could spout facts all day about how diets that are too high in fat content can “lead to a shorter lifespan,” or how vegetables are “necessary for proper digestion,” but I say all that crazy science talk gives me a headache and all the slanderous talk about ham is a sin, God dammit! I don’t see why God Almighty would raise me as a pig farmer and then try to tell me that other types of things are also edible. I just don’t see how it could be. It doesn’t add up. Like my father and his father before him, I spend my days eating my herd one pig at a time, one piece at a time. Nobody in their right mind can tell me it makes more sense to kill an animal only to eat a piece of it, when I can just hack off a leg and let the poor thing limp around for a while and continue to live. Some of these leftist animal rights activists might say I’m being “cruel” or “inhumane,” but the animals are my property and I like to hurt them. Therefore, I am immune to criticism. Others might say I’m an “anti-Semite,” but I encourage my neighbors of all colors, preferably WASP, to thrive among the fruits of their labors. And by fruit I mean ham, the healthiest, most delicious product on this Earth or any other Earth for that matter. The damn Muslims have demonized ham long enough, and I won’t continue to stand idly by any longer and watch them destroy everything I love. Those ham-hating ragheads don’t know the first thing about good eatin’. The only Muslim I have even a shred of respect for is Malcolm X, because even though I don’t agree with anything he said about equality, at least the man had sense enough to love ham. In order to clear up the misinformation about ham the health freaks are circulating around the nutrition world and battle the ham-oppressing Muslims, I have made a list of delicious, heart-healthy, ham-only recipes for you and your family to enjoy and cherish.

Everybody loves pizza. It’s America’s favorite treat. However, all that bread, cheese, and sauce leaves you wanting two things: more ham flavor and ham smell. Good news! I’ve got the final solution for you. Now you too can enjoy pizza without breaking your ironclad oath of fealty to ham. What do people love most about pizza? Its shape, of course. The greasy deigos sure did know their geometry. All you have to do is take a ham, cut out a disk, cut that disk into slices, heat it up somehow, and BAM! You have yourself a ham pizza that everyone can enjoy. If that’s not enough you can sprinkle on some ham bits and/or chunks to knock it up a notch.

Nachos are America’s favorite stadium food. Ask anybody. When they go to the ballpark or the movie theater they order mountains of nachos. “But how can I eat nachos while incorporating ham and only ham into the recipe?” I’m glad you asked that voluntarily. All you have to do is fry up some ham until it gets nice and crispy like the good Lord intended. Next, simply take some ham and blend until liquefied. The ham sauce can serve as salsa, chile con queso, and guacamole all-in-one.

Put a slice of ham in a Panini press.

Just like chicken-fried chicken, but ham. Use ham grease instead of oil.

I Scream, You Scream, We All Scream for Ham Cream! That’s right, step on up and churn yourself some ham flavored ham cream. Of course, there will be no cream of any sort; however, you will put some blended ham in the freezer overnight in the shape of a scoop, place that frozen ham scoop in a slice of ham that you’ve shaped into a makeshift waffle cone, and eat it. Or skip all that and just freeze a ham and eat it. Either way will satisfy your sweet-tooth something fierce, and if it doesn’t you’re a Communist, Muslim, or Jew.

Although I’m no fan of America’s second-favorite neighbors, I will admit that despite their laziness their food has grown oddly popular in This Great Nation. If you’re keen to pander to mexico’s corrupt sensibilities, just stop by your local ham taco truck. What’s that? You don’t have a local ham taco truck. Blasphemy! Bolshevism! I swear on ham these onanists haven’t heard the last of me. Cut from your ham a large slice of ham, replacing and improving upon the tortilla. Fill it with smaller pieces of ham and don’t you dare put even a drop of hot sauce on that beauty.

Slices of ham stacked on top of each other.

Herro, can I take uh o-dah prease? This is what you might hear if you call a Chinese restaurant to order sushi.  I can’t really blame the wall-builders for committing the logical fallacy of rice-is-food. Many nations have done this, but a travesty is a travesty. Beef-and-broccoli? More like ham-and-ham. Even people as simple as the chinamen know the prowess of big ol’ ham.

Put a slice of ham in a pie tin and fill the ham-crust with ham of any variety to have yourself a taste of the old country which I imagine is in Europe.

Bon qui qui, mi petite croissant voulez-vous coucher avec moi? Not in my house you won’t. Those cowards don’t even know that ham was sent as the savior of all mankind. I’m still not convinced that Jesus wasn’t the Ham of God. Who’s to say the bible-writers were incapable of a typo. Comparing Christ to a lamb? Heresy! You pagan frenchies are free to fuck as many sheep as you like, but don’t bring my God into it. I have many objections to the State of Louisiana, but nevertheless, if you are so inclined to consume crepes perhaps the least offensive way to do so would be to eat an incredibly thin slice of ham instead. You can heat it up if that’s how crepes are made.

Cut up ham into little bits of uniformly shaped and sized loops. Place them in a bowl. Presto! Ham cereal (no milk). If you must eat this in a liquid, drenching it in ham grease would be acceptable.

My personal favorite, and by far the easiest recipe on the list. No need to dress it up. It’s already amazing. Buy it. Eat it. Love it. Long live the King.

All of these recipes are amazing and I stand by them. If you eat these every day, I cannot overstate how greatly your health will improve. The tooth-brushing liberals will undoubtedly claim my book is “dangerous” and “uniquely ignorant.” They’re idiots.

Swineson Oinkwurst McHogstein was born in White Settlement, Texas. He attended John Wilkes Booth High School, home of the Tireless Rebels. He excelled in hay bailing and became Vice-President of the Student Hog Farming Confederacy. This paved the way to his acceptance at Alexander Stephens University, home of the Fighting Cornerstones. There have been countless allegations made against him claiming he has committed vile abominations, more specifically, bestial romanticisms, but these slanderous rumors, most likely made by Semites, hold no water unlike the deformed backs of their beloved camels. Mr. McHogstein is proud that he has never fucked a pig or a Semite.