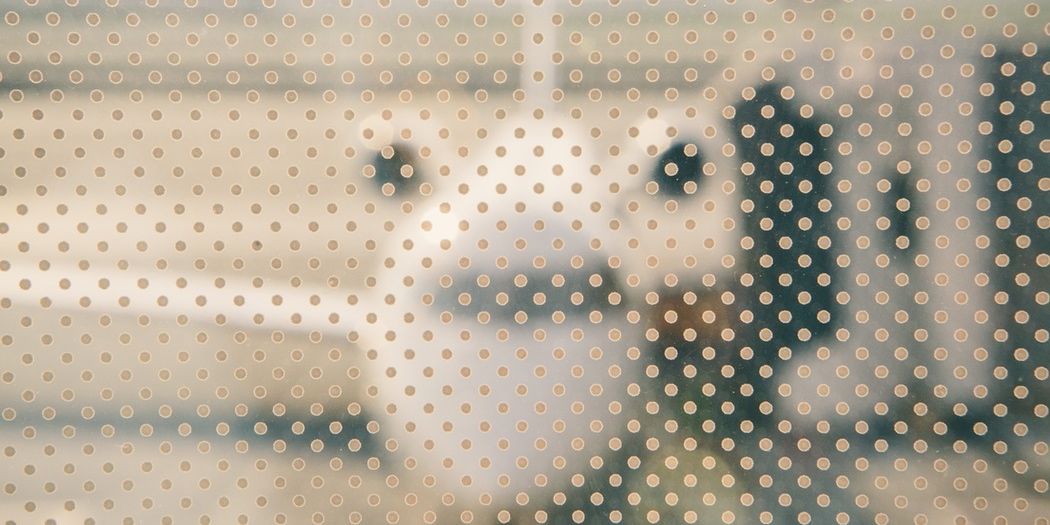 Things started to blur. The next moment they were all in his bedroom. Blink. The next, Darren was in only his underwear and Milly was working on removing that. Von looked down and noticed that his pants were still on and his shirt was merely unbuttoned. He caught up clumsily. Blink. Watching Milly giving head to Darren, he felt sweat beads begin to form on the top of his forehead. Blink. Milly was on her knees facing away from him, Darren matching his posture in front of her. Blink. Darren was adjacent to him. He watch Milly in front of them for a moment, then looked to Darren, who smiled brilliantly in the dark back at him. He felt his whiskers on his neck. Blink. Milly’s legs were on either side of his neck. Blink. Von sat in a chair in the corner of the room. He looked to the bed and saw rapid movement.

Blink. Screams, shouts, moans, groans, liberated laughter, moans. Blink. Darren lay on the bed with his hands clasped behind his head. He took one and grabbed hold of himself. Blink. Milly was below him again. Blink. His phone was in his hands. Why was his phone-? He stared at the brightness. Blink.

He looked to her inquisitively. She said something behind a salacious grin that struck Von’s mind like a chord. Oh my god. He shivered in the heat of the moment as she drew herself closer, and a moment later the room stopped spinning. Just as quickly as this instant of clarity came to him, it faded into a vortex of inebriation. Blink.

Blink. They were all back in his bed, his muscles starting to get sore. Of all the pleasure, there was still something missing, and they were all working towards it. Von looked to Darren and he saw a look, in nearly blacked-out perception, that only could mean complete and total understanding of what that missing piece was. It was getting closer. Von found a point of focus and the chemicals kicked in as they had last Saturday in the shower. He knew what to do. Blink. He pumped away and looked at Darren to check his progress. Blink. He found himself closer and closer to it as he looked at him. Blink. Now he only saw Darren’s face, the rest of him somewhere else. He focused. Blink. Noises filled the room. Blink. Here it was, he felt himself give into the moment and- Oh, god! Blink.

He kept blinking. And kept blinking. And blinking. He felt the coolness of the white sheets around his feet, and the coolness of the breeze on the rest of his exposed body. He saw a familiar alarm clock on a familiar nightstand next to him and realized he was in his own bedroom. His head began to pulse and he realized he needed water and aspirin quickly. Gathering his courage of movement for a minute, he rolled out of bed and began a shivering, uncoordinated walk to the kitchen.

As he turned around, he saw Darren wrapped up on the other side of the bed. He couldn’t see his face, but was sure he looked like he needed to sleep, so Von proceeded quietly. His headache drummed with each step, and he thirstily gulped the first glass of water. Eggs. I need eggs. Putting clothes on seemed like too much effort, so he turned the heat on, grabbed a wandering towel from the dining room table and wrapped it loosely around him. He refilled his water and popped a handful of little red pills. He began to cook, the smell of fresh food almost making him vomit. He held his composure, and within minutes it caressed him into his first steps of the long path to sobriety. The sound of Darren snoring periodically added the harmony.

As he began to get a grasp on the morning, he realized that Milly had already gone. She usually got up first, anyways. He found his phone by the record player and opened it to text her. To his surprise, his bank app was open. What the hell? Was I that drunk? He tried to remember if and/or why he had felt the need to make a withdrawal. I hope I didn’t go buy more vodka. He realized that the issue required too much mental effort for his current state, so he closed it out and forgot about it after catching up on the last twelve hours in the sports world. He opened a new text to Milly.

Milly climbed into the back seat of the cab and tossed her hair out of her face, her purse slung around her shoulder. Her phone vibrated and she gave it only a quick glance and a subtle roll of her eyes. It wasn’t worth responding to. Not now.

She walked through a crowd of people busy with hugs and kisses. She continued down a ramp and followed the signs to the departures gate. A woman in the front of the line complained without restraint while her two little hellions tried to climb the counter. Milly checked her phone to keep her mind from growing frustrated. She had enough on it already. Are you there? She read it over a few times, scanning her eyes over the curves of each letter. She pressed in the blank space to reply, but as soon as the keyboard appeared she realized they was no combination of the letters staring back at her that she could find to be sufficient. She closed her messages, stowed her phone away in the pocket of her purple peacoat, and looked up to find herself at the front of the line.

After placing her bag on the conveyer belt for checking, Milly fumbled for her wallet in her purse and placed it on the counter. It was bursting with money. The woman at the desk shot her a look. Milly cautiously passed her I.D. over the counter, wishing one of the hellions would pop up from beneath her and try to scale the counter, cutting the tension in the process.

Woman at desk: “And your flight confirmation number?”

Milly grabbed a crumpled and folded piece of paper from her purse and slid it across. The woman examined it, looked at Milly’s I.D., back at Milly, back at the I.D. She typed ferociously for a few seconds before gathering Milly’s items and handing them back.

Woman at desk: “Your ten thirty flight to Philadelphia is on time. Have a nice flight, ma’am.”

Milly positioned her purse over her shoulder and placed everything back in its place in her excessively full wallet. She held it open, grabbed six hundred dollar bills out of her back pocket and placed them in her wallet before zipping it up and pressing on towards security. She took out her phone and hovered her finger over it for a split second before touching. She took a deep breath as she placed it to her ear.